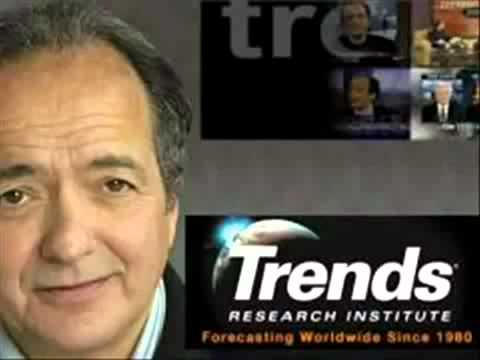 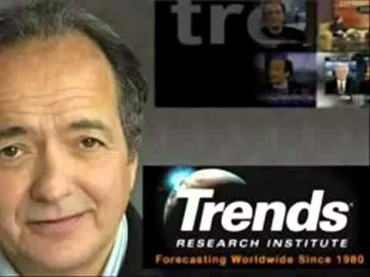 Twenty-two months of hysteria of an impending European financial collapse, starting with Greece in March of 2010, will finally come to an end in 2012, according to the founder of Trends Research Institute, Gerald Celente.

Hysteria of the horrid possibility of a European meltdown and the dire implications for the world economy a collapse will end, as the event finally turn into unequivocal reality by April 1, with accusations of ?fear mongering? by a significant portion of the mob quickly dropped in favor of the next predictable reaction to the crisis: outrage against those who allowed the collapse.

?I would say, since I?ve been doing this work, over 30 years ago, I?ve never been more concerned than I am right now,? Celente told ABC, Australia.

In Celente?s latest forecast, titled, The First Great War of the 21st Century?Prepare, Survive, Prevail, he paints a bleak picture for 2012, predicting a worsening of class warfare that already wages within more than a dozen countries, from Tunisia, Egypt, Yemen, Syria, Bahrain and Qatar to the UK, Greece and Italy, which will eventually spread to eastern Europe/central Asia and more intensely in the United States.

But, what the world has seen so far is only an economic and social symptom of central bankers? stop-gap remedies, haphazardly applied to the global financial crisis since its beginning in the U.S. and the fall of Bear Stearns in 2008.

After dozens of trillions of dollars thrown at a global solvency crisis with nothing but further deterioration to show for the money spent, some wonder if the world is about to slide still further into depression.

According to Celente, when the European Union falters from too much supply of debt coming due ($7.3 trillion from G-7 nations, see zerohedge.com) against the backdrop of sliding demand for more debt, the European domino will topple other dominoes, widening the global depression to include the world?s larger economies.

And as far as a Chinese riding in on a white horse to save the day, Celente said, it?s ?highly unlikely. China has 1.3 billion people with a million problems . . . If the Europeans and Americans don?t buy a lot of crap, then the Chinese can make it and sell it to them.?

He continued to explain that China will then likely slow its imports of materials from countries which have been supplying mined product during the commodities boom, leading to a vicious spiral of increased unemployment and declining economic activity?a scenario strongly intimated by Dow Theory Letters author Richard Russell in his latest letter to investors (excerpts posted on King World News). Russell, too, expects a steepening U.S. depression, with 25 percent unemployment in the America as his target at the bottom of the depression.

?This whole thing is connected,? Celente explained. ?China isn?t going to have the money to throw around to losers anymore than loan shark would give a gambler who can?t pay his old debts back and has a bad gambling habit another loan to gamble . . . They [Chinese] have their own problems to deal with.?

How bad will the next leg down in the world economy likely to be? Could Russell be right? Celente believes a comparison with the 1930s is a good one. He continued, ? . . . you can even listen to Christine Lagarde, the head of the International Monetary Fund, or I like to fondly call it, the International Mafia Federation?the loan sharks of last resort?even she?s saying what we?ve been saying now for three years about the parallels between the Crash of 1929, the Great Depression, currency wars, trade wars, world war.

?The Panic of ?08; you have the Great Recessions?Great Depressions going on. Oh, by the way, real estate prices in the United States, they?re at a steeper decline than they were during the Great Depression. Foreclosures continue to mount. It?s taking people over 40 weeks, who lose jobs to find another job, and then finding one at a fraction of what they lost the old one at.?

And as history demonstrates, when horrible economics overwhelm a society, political leaders search for a means of generating national jingoism to redirect the angry mob. That search for political safety usually turns to war.

?So then you look at the trade wars that they?re now talking about,? Celente said. ?And, as I said, when you add them up, you have the beginnings of a great war going on already. Oh, and now, and now, they?re talking about, hey, we did such a great job in Iraq and Afghanistan, why don?t we bomb Iran? Have you heard the presidential candidates of the United States, with the exception of Ron Paul, that all want to go to war against Iran? So you can see where it?s going.

Celente said the kickoff to a global meltdown and a call to war could ?spiral out of control? some time ?by the first quarter of 2012? as the European crisis worsens to the point of a crack up. ?There?s no way to bail out the European nations,? Celente said forcefully.

And the build up to social unrest, calamity and possible civil war can be seen a mile away, said Celente, who segued into another one of the trends he sees for 2012: Safe Havens (escaping the United States).

?They just passed a law in the United states, the National Defense Authorization Act (NDAA),? he said. ?It now gives the president the right to identify a person like me and call me a terrorist and that I?m against the government. And the military can come and break down my doors?the military?and arrest me, charge me with nothing, give me no trial, no rights of habeas corpus, no jury, no judge, and they can kill me if they so choose, torture me; they can send me to any country around the world.?

Celente advises preparing now for a quick route out of the United States if a bank holiday (a prediction of his) is called. The ramifications of a dollar devaluation aren?t clear, but an enacted NDAA, FEMA camp readiness and scheduled TSA checkpoint expansion plans suggest the U.S. may enter a crisis on par with the lead up to the U.S. Civil War of 1861-5.  Also see BER article, Gerald Celente Forecast 2012, FEMA Prepares for Dollar Collapse