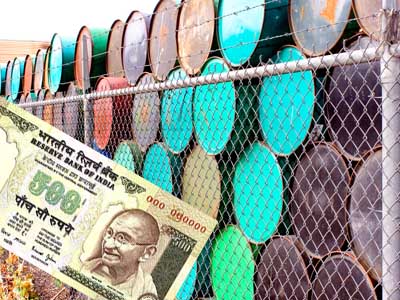 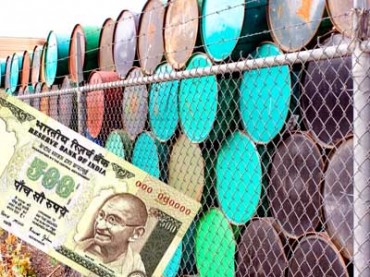 Two weeks ago we wrote a post that should have made it all too clear that while the US and Europe continue to pretend that all is well, and they are, somehow, solvent, Asia has been smelling the coffee. To wit: “For anyone wondering how the abandonment of the dollar reserve status would look like we have a Hollow Men reference: not with a bang, but a whimper… Or in this case a whole series of bilateral agreements that quietly seeks to remove the US currency as an intermediate. Such as these: “World’s Second (China) And Third Largest (Japan) Economies To Bypass Dollar, Engage In Direct Currency Trade“, “China, Russia Drop Dollar In Bilateral Trade“, “China And Iran To Bypass Dollar, Plan Oil Barter System“, “India and Japan sign new $15bn currency swap agreement“, and now this: “Iran, Russia Replace Dollar With Rial, Ruble in Trade, Fars Says.”

Today we add the latest country to join the Asian dollar exclusion zone: “India and Iran have agreed to settle some of their $12 billion annual oil trade in rupees, a government source said on Friday, resorting to the restricted currency after more than a year of payment problems in the face of fresh, tougher U.S. sanctions.”

To summarize: Japan, China, Russia, India and Iran: the countries which together account for the bulk of the world’s productivity and combined are among the biggest explorers and producers of energy. And now they all have partial bilateral arrangements, and all of which will very likely expand their bilateral arrangements to multilateral, courtesy of Obama’s foreign relations stance which by pushing the countries into a corner has forced them to find alternative, USD-exclusive, arrangements. But yes, aside from all of the above, the dollar still is the reserve currency… if only in which to make calculations of how many imaginary money one pays in exchange for imaginary ‘developed world’ collateral.

On India’s induction into the dollar unluck club, from Reuters.

An Indian delegation has been in Tehran this week discussing options for payment and the source said the decision to pay in rupees was made after a meeting there.

“The Central Bank of Iran will open an account with an Indian bank for receiving payment and settling its import,” the source, who has direct knowledge of the matter, said, adding the new system will start “soon”.

The source did not specify the name of the Indian bank. But other sources have said that Iran could open an account with India’s UCO Bank as it does not have any interests in the United States.

India, the world’s fourth-largest oil consumer, relies on Iran for about 12 percent of its imports or 350,000-400,000 barrels per day (bpd) and is Tehran’s second-biggest oil client after China. But Washington has snapped tighter financial sanctions on Iran and wants Asia, Tehran’s biggest oil market, to cut imports in a bid to pressure the Islamic nation to rein in its nuclear ambitions, which it suspects are aimed at making weapons.

And, oh yes, we forgot Turkey -the (lately very pissed off) gateway to Europe.

Turkey and Iran said on Thursday they want to increase financial transfers and that work is underway to strengthen banking ties.

When the dollar fails, and currency are devalued, barter begins:

India Trade Secretary Rahul Khullar said this week that the Indian delegation to Iran would work around the U.S. sanctions to protect oil supplies and promote Indian exports.

The government source said Iran has agreed to step up imports from India which added up to some $2.7 billion in 2010/11 and including oilmeal, rice and tea.

“This will cushion them (Iran) to some extent from exchange rate volatility,” the source said.

Ironically, and as has been stated here many times before, by enacting the proposed sanctions and embargo, the US, but mostly Europe is doing nothing but shooting itself in the foot, as it opens up a brand new pathway of not only outright defiance, and thus political brownie points domestically for the likes of China, of the US, but it will allow the “Asian dollar exclusion zone” to buy even more crude, at cheaper prices, while in the process it is forced to build closer monetary relations with its neighboring countries, relations that rely less and less on the world’s increasingly less relevant reserve currency.

Asian support for U.S. sanctions is vital since the region buys more than half of Iran’s daily crude exports. The European Union has agreed in principle to halting Iranian crude imports and could finalise the ban on Jan. 23.

China, Iran’s biggest crude customer, has rejected the U.S. sanctions as overstepping the mark and defended its extensive imports from the second-biggest oil producer in OPEC.

Necessity may be the mother of all dollar-exclusive invention, but Obama is surely the father of necessity.

India Joins Asian Dollar Exclusion Zone, Will Transact With Iran in Rupees
http://endtimeinfo.com/2012/01/india-joins-asian-dollar-exclusion-zone-will-transact-with-iran-in-rupees/
dollarembargoIndiaIranoiloil pricesreserve currency
Previous ArticleTotally drug-resistant TB at large in IndiaNext ArticleWarning Signs that We Should Prepare for the Worst