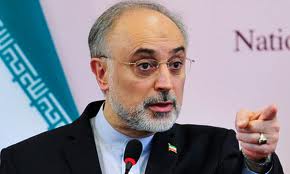 Tehran has warned its Gulf neighbours that it would be “dangerous” for them to join a western-led effort to isolate Iran, with the warning coming as a meeting of European ambassadors in Brussels failed to agree on the details of an EU oil embargo.

The EU permanent representatives council had been due to agree a far-reaching sanctions package including a phased embargo on oil imports from Iran and a freezing of the assets of the country’s central bank.

But Greece refused to agree to a Danish proposal to begin the oil embargo on 1 July, calling for more time to enable it to complete existing contracts with Iranian suppliers and find new ones.

The ambassadors will work through the weekend in an effort to complete a deal before foreign ministers meet on Monday.

The sanctions package includes a freeze on European assets belonging to the Central Bank of Iran, with loopholes to allow non-oil trade to continue. Britain is also pushing for a partial asset freeze on an Iranian private bank.

Iran ? which already faces US sanctions on the global financing on its oil trade, effective in June ? focused its attentions yesterday on trying to persuade Gulf Arab states not to co-operate with the western isolation campaign.

Speaking in Turkey, the Iranian foreign minister, Ali Akbar Salehi, said the US was looking for allies in the region and added: “I am calling to all countries in the region ? please don’t let yourselves be dragged into a dangerous position.” Salehi left it unclear whether he was referring to military operations or actions on the oil market.

Earlier this week, Saudi Arabia angered Tehran by suggesting that, in the event of an embargo, it could supply Iran’s Far East customers. Iranian officials have said in the past that they would view any such step as a hostile act.

Japan, which buys 22% of Iran’s oil exports, said it would cut its purchases but would seek a waiver from the US sanctions in order to continue to buy some Iranian crude.

Salehi claimed Tehran had received a letter from Washington trying to persuade Iran to enter into negotiations on its nuclear programme, which western governments believe is aimed at building nuclear weapons or at least the capacity to make them.

“Mr Obama sent a letter to Iranian officials, but America has to make clear that it has good intentions and should express that it’s ready for talks without conditions,” he said.

“Out in the open they show their muscles, but behind the curtains they plead to us to sit down and talk. America has to pursue a safe and honest strategy so we can get the notion that America, this time, is serious and ready.”

The White House has denied sending a letter, but there have been US reports that Washington sent a message to Tehran through unspecified channels, warning it not to go through with threats to close the Strait of Hormuz, the 20-mile wide opening to the Gulf, in retaliation for oil sanctions.

Salehi said Iran was ready to resume talks in Istanbul with a six-nation group of negotiators which broke down a year ago. However, the office of Catherine Ashton, the EU foreign policy chief who represents the negotiating group, said she had not received an answer to her invitation to Tehran last year to restart the discussions.

European diplomats argued that Salehi was trying to give the impression that Iran was open to talks without committing it to negotiating over its nuclear programme.

Iran has also invited inspectors from the UN nuclear watchdog, the International Atomic Energy Agency to Tehran on 29 January.

The IAEA has yet to officially confirm the two-day visit because it is seeking some assurances over what will be on the agenda.