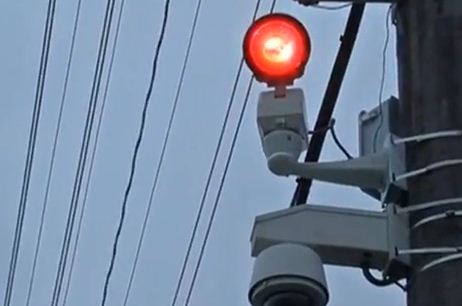 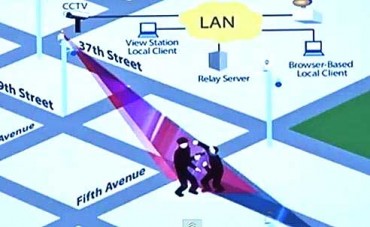 In a glowing review of the rising prevalence of high-tech big brother surveillance gadgets in police force use, the Associated Press reports that East Orange, New Jersey plans to cut crime by highlighting suspects with a red-beamed spotlight? before any crime is committed? a ?pre-crime? deterrent to be mounted on nearby street lights or other fixtures.

According to the report, police officers monitor hundreds of video feeds from across the city and opt to brand would-be criminals with a red glow if they believe they are about to engage in a crime, such as a street corner mugging.

?Whereas London has talking cameras, we?re about to deploy light projecting cameras, better known as light-based intervention systems.? said William Robinson, Police Chief for East Orange. He added, ?The message to criminals is, we?re observing you, the police are recording you, and the police are responding.?

As Robinson mentioned, other ?pre-crime? measures have been deployed both in the UK and United States, as well as other countries. Talking cameras in the UK bark orders at ?anti-social? offenders, while the Homeland Stasi here has partnered with Intellistreets to release ?smart? street lights capable of saving energy while monitoring & recording citizens, as well as displaying government-mandated emergency alerts on digital banners.

Now ?pre-crime? spotlights that bathe surveillance targets in a criminally-branded red color will help complete the circle of preemptive suspicion.

But that?s just one flashy feature in a rash of new high-tech solutions provided to the crime-ridden city under federal grant money. In East Orange, and probably a locale near you, too, everyone is a ?pre-crime? suspect until proven innocent.

The video goes on to brag that officer squad cars also scan the license plates of every single vehicle they pass, checking them against a variety of lists? from terrorist monitor lists, to unpaid parking tickets, warrants and more. Officers can then pull over vehicles that match watch lists, even if the driver has committed no violations to draw attention from the patrol vehicle.

Further, cameras tied into police video monitor stations can also be accessed from squad cars; officers can zoom in on nearby locations to determine if a situation is underway, or if a suspect can be identified. The red light is intended to help track a would-be criminal once surveillance is already underway.

A spokesperson for the ACLU noted a worrisome climate of monitoring and spying on political groups, anti-abortion activists and more. Meanwhile, the MIAC Missouri law enforcement memo, as well as similar documents released from the Department of Homeland Security, have made clear that returning veterans and supporters of third party political candidates and many other groups are not only considered ?domestic extremists,? but have been put on law enforcement watch lists as well as anti-terrorism databases. It has further been revealed that numerous non-violent political groups and grassroots campaigns have been labeled as ?terrorists? and monitored by regional Fusion Centers.