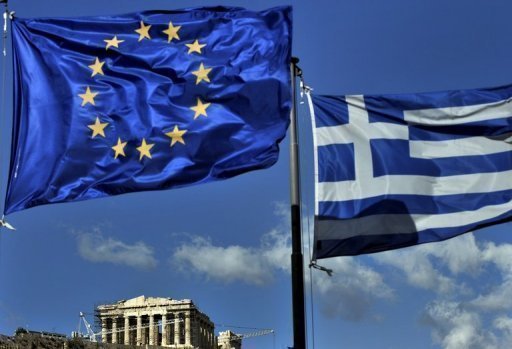 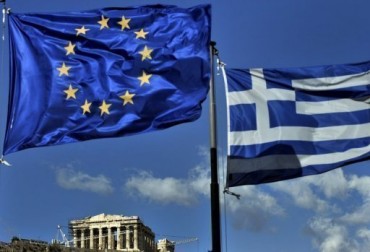 It was tried previously (several times) under “slightly different” circumstances, and failed. Yet when it comes to taking over a country without spilling even one drop of blood, and converting its citizens into debt slaves, Germany’s Merkel may have just succeeded where so many of her predecessors failed. According to a Reuters exclusive, “Germany is pushing for Greece to relinquish control over its budget policy to European institutions [ZH: read ze Germans] as part of discussions over a second rescue package, a European source told Reuters on Friday.” Reuters add: “There are internal discussions within the Euro group and proposals, one of which comes from Germany, on how to constructively treat country aid programs that are continuously off track, whether this can simply be ignored or whether we say that’s enough,” the source said.’

So while the great distraction that is the Charles Dallara “negotiation” with Hedge Funds continues (as its outcome is irrelevant: a Greece default is assured at this point), the real development once again was behind the scenes where Germany was cleanly and clinically taking over Greece. Because while today it is the fiscal apparatus, tomorrow it is the legislative. As for the executive: who cares. At that point Goldman will merely appoint one of its retired partners as Greek president and Greece will become the first 21st century German, pardon, European colony. But at least it will have its precious euro. We can’t wait until Greek citizens find out about this quiet coup.

The source added that under the proposals European institutions already operating in Greece should be given “certain decision-making powers” over fiscal policy.

“This could be carried out even more stringently through external expertise,” the source said.

The German demands for greater control over Greek budget policy comes amid intense talks to finalize a second 130-billion euro rescue package for Greece, which has repeatedly failed to meet the fiscal targets set out for it by its international lenders.

It is likely to spark a strong reaction in Athens ahead of elections expected to take place in April.

“Strong reaction?” Is that the politically correct parlance for “civil war” these days? We must be out of the loop on that one…

The specific language that strips Greece of its sovereignty and which will be plastered over every front page in the Greek media tomorrow:

Budget consolidation has to be put under a strict steering and control system. Given the disappointing compliance so far, Greece has to accept shifting budgetary sovereignty to the European level for a certain period of time. A budget commissioner has to be appointed by the Eurogroup with the task of ensuring budgetary control. He must have the power a) to implement a centralized reporting and surveillance system covering all major blocks of expenditure in the Greek budget, b) to veto decisions not in line with the budgetary targets set by the Troika and c) will be tasked to ensure compliance with the above mentioned rule to prioritize debt service.

The new surveillance and institutional approach should be formulated in the MoU as follows: ?In the case of non-compliance, confirmed by the ECB, IMF and EU COM, a new budget commissioner appointed by the Eurogroup would help implementing reforms. The commissioner will have broad surveillance competences over public expenditure and a veto right against budget decisions not in line with the set budgetary targets and the rule giving priority to debt service.? Greece has to ensure that the new surveillance mechanism is fully enshrined in national law, preferably through constitutional amendment.

In the meantime, Greeks are already practicing the switchover in the national dance: