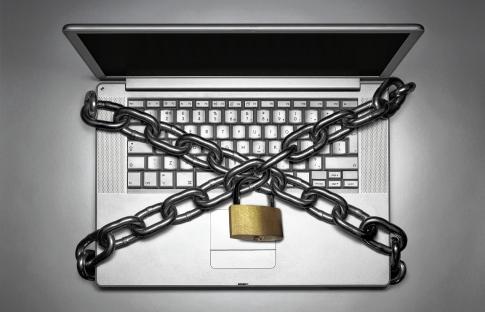 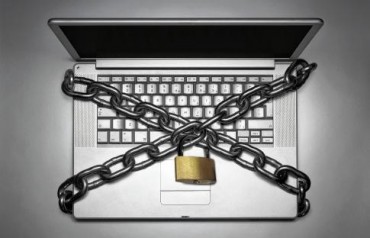 Right now, there are two pieces of legislation in Congress that would change the Internet forever if they are enacted.  The Stop Online Piracy Act (SOPA) and the Protect Intellectual Property Act (PIPA) would give the federal government the ability to potentially shut down millions of websites.  SOPA (the version being considered in the U.S. House of Representatives) is the more dangerous of the two.  It would essentially be the equivalent of a nuclear bomb being dropped on the Internet.  It would give government officials unlimited power to very rapidly shut down any website that is found to ?engage in, enable or facilitate? copyright infringement.  That language is very broad and very vague.  Many fear that it will be used to shut down any websites that even inadvertently link to ?infringing material?.  Can you imagine a world where there is no more Facebook, Twitter or YouTube?  Sites like those would be forced to hire thousands of Internet censors to make sure that no ?infringing material? is posted, and many prominent websites may simply decide that allowing users to post content is no longer profitable and is just not worth the hassle.  Are you starting to get the picture?  That is why we must stop SOPA.  If SOPA is enacted, it could be the death of the free Internet.

But this is exactly the kind of bill that the establishment media has been waiting for.  It would give them back control.  SOPA is being heavily promoted by big media corporations.  If they are able to shut down free speech on the Internet, then suddenly everyone would be forced to rely on them for news and entertainment once again.

That is why SOPA and PIPA must be stopped.  A recent editorial in the New York Timesdescribed how these new laws would work?.

The bills would empower the attorney general to create a blacklist of sites to be blocked by Internet service providers, search engines, payment providers and advertising networks, all without a court hearing or a trial. The House version goes further, allowing private companies to sue service providers for even briefly and unknowingly hosting content that infringes on copyright ? a sharp change from current law, which protects the service providers from civil liability if they remove the problematic content immediately upon notification. The intention is not the same as China?s Great Firewall, a nationwide system of Web censorship, but the practical effect could be similar.

Everyone would be deathly scared of allowing anything to be posted on their websites in such an environment.  Free speech on the Internet would be a thing of the past.

An article on lifehacker.com explained how easy it would be to bring a claim against a website under SOPA?.

If it?s possible to post pirated content on the site, or information that could further online piracy, a claim can be brought against it. This can be something as minor as you posting a copyrighted image to your Facebook page, or piracy-friendly information in the comments of a post such as this one. The vague, sweeping language in this bill is what makes it so troubling.

Fortunately, some of the biggest names on the Internet are rallying to defeat SOPA.  For example, Google Executive Chairman Eric Schmidt says that he believes that SOPA will actually ?criminalize? links?.

?By criminalizing links, what these bills do is they force you to take content off the Internet?

Another huge name, Google co-founder Sergey Brin, is alarmed that SOPA would give the U.S. government the power to censor search results without even having to go through a court trial?.

?Imagine my astonishment when the newest threat to free speech has come from none other but the United States. Two bills currently making their way through congress ? SOPA and PIPA ? give the U.S. government and copyright holders extraordinary powers including the ability to hijack DNS and censor search results (and this is even without so much as a proper court trial)?

In the United States, we used to believe that the government should not take our property away without a fair trial.

But now SOPA would allow the U.S. government to hit Internet websites with a ?death penalty? without even having to go to court.

If SOPA becomes law, the Internet will change dramatically.

If there were no websites where people could post thoughts and ideas, what would the world look like?

Do we really want Chinese-style Internet censorship in America?

Thankfully, the Internet community is fighting back against SOPA really hard.

All of this pressure forced GoDaddy to renounce its support for SOPA.  However, they are not actively opposing the bill at this point.

Congress is in recess right now, so action on SOPA and PIPA is stalled for now.  But the battle is far from over.

And the stakes are incredibly high.  One blogger recently put it this way?.

Yes, the free Internet that we all love and enjoy today is under assault.

If we do not stand up now, we may lose it forever.

Every single day, control of the Internet gets tighter and tighter.  For example, did you know that the U.S. Department of Homeland Security is now watching everything that is said on Facebook and Twitter?

The following comes from a recent Daily Mail article?.

The Department of Homeland Security makes fake Twitter and Facebook profiles for the specific purpose of scanning the networks for ?sensitive? words ? and tracking people who use them.

Simply using a word or phrase from the DHS?s ?watch? list could mean that spies from the government read your posts, investigate your account, and attempt to identify you from it, acccording to an online privacy group.

But it is one thing for them to watch the Internet.

It is another thing for them to shut down free speech on the Internet entirely.

Please do what you can to save the open and free Internet.

The Electronic Frontier Foundation is helping to organize users of the Internet to protest this draconian legislation.  The following is from a statement that the EFF recently put out?.

As drafted, the legislation would grant the government and private parties unprecedented power to interfere with the Internet?s domain name system (DNS). The government would be able to force ISPs and search engines to redirect or dump users? attempts to reach certain websites? URLs. In response, third parties will woo average users to alternative servers that offer access to the entire Internet (not just the newly censored U.S. version), which will create new computer security vulnerabilities as the reliability and universality of the DNS evaporates.

It gets worse: Under SOPA?s provisions, service providers (including hosting services) would be under new pressure to monitor and police their users? activities.  While PROTECT-IP targeted sites ?dedicated to infringing activities,? SOPA targets websites that simply don?t do enough to track and police infringement (and it is not at all clear what would be enough).  And it creates new powers to shut down folks who provide tools to help users get access to the Internet the rest of the world sees (not just the ?U.S. authorized version?).

The Electronic Frontier Foundation has created a page that makes it very easy to send a letter about SOPA to your representatives in Congress.  You can find it right here.

There is also a website called ?Stop American Censorship? that has even more ways to let the federal government know that you do not want SOPA to pass.  You can find that site right here.

We must stop SOPA.  The Internet has made it possible for average people all over the world to communicate with one another on a grand scale, and this is a direct threat to the establishment and the big media corporations that they control.  They are going to try again and again to take back control over the flow of information.  We must not allow them to succeed.

Why We Must Stop SOPA
http://endtimeinfo.com/2012/01/why-we-must-stop-sopa/
censorshipInternet censorshipInternet freedomInternet kill switchmonitoringpolice stateSOPA
Previous ArticleDepartment Of Homeland Security Scanning Twitter and Facebook For “Sensitive Words”Next Article2012: The Year That Could Bring A U.S. Strike Of Iran