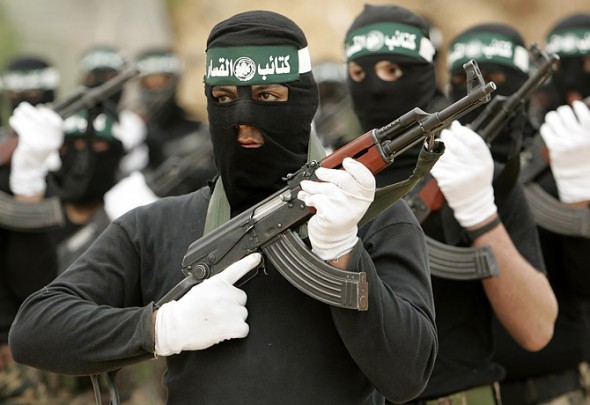 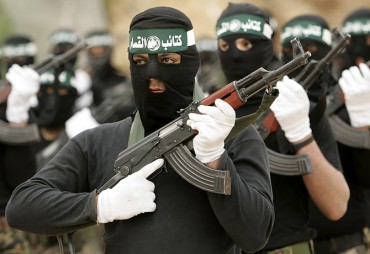 Is 2012 the year when we will see a major war in the Middle East?  For years we have heard about rising tensions in the Middle East, and for years we have heard politicians express concerns about Iran?s nuclear program, but now things really do seem to be reaching a boiling point.  In just the past few days, the U.S. government has imposed tough new sanctions on Iran and has totally shut down the U.S. embassy in Syria.

The truth is that we are getting dangerously close to a major war in the Middle East. So will Israel strike Iran at some point in the next few months?  Will the U.S. military intervene in the rapidly escalating conflict inside of Syria?  If a major war does erupt, it could send the price of oil skyrocketing and there is the potential that the war could broaden very quickly.  Hezbollah has already indicated that it will side with Syria, and there is always the potential that Hamas could as well.  Russia and China have both stated that they are completely opposed to military action by the United States against Iran and Syria, and they have even hinted that they would possibly even help defend those countries.  As the nations of the world take sides, there is even the potential that we could see World War III develop.  Let us hope that it never comes to that, but with the world as unstable as it is right now, you never know what may happen.

What makes war so much more likely now is that nobody has shown any signs of backing down.

Syrian President Bashar Assad has sworn that he will never step down.

U.S. President Barack Obama says that it is only a matter of time until he is forced to step down and that no other outcome is acceptable.

Iran has sworn that it will never end its nuclear program.

The United States believes that if Iran is allowed to develop a nuclear weapon it would be a fundamental threat to world security.

Israel believes that if Iran is allowed to develop a nuclear weapon it would be a fundamental threat to the very existence of the nation of Israel.

So if nobody backs down, what is going to happen?

I think we all know what is going to happen.

The following are 25 signs that we are getting dangerously close to a major war in the Middle East?.

#1 The United States has just imposed tough new sanctions on Iran.  Some of the new sanctions are specifically targeted at the central bank of Iran.  Stronger sanctions have been a prelude to war in the past, and the Obama administration surely wants to argue that ?all other alternatives have been exhausted? before going to war.

#2 The EU has announced that all imports of crude oil from Iran will be banned starting in July.

#3 The U.S. embassy in Syria has been shut down and the Obama administration has once again called for Syrian President Bashar Assad to resign.

#4 The U.S. has also removed all diplomats from Syria.

#5 In speaking of the removal of Syrian President Bashar Assad, Barack Obama is making it very clear what he believes the final result will be?.

This is very reminiscent of the language that Obama used to describe the removal of Gadhafi before the U.S. launched airstrikes in Libya.

#6 U.S. Secretary of State Hillary Clinton is calling for ?an international coalition? to support the opposition fighters in Syria.

#7 Israeli Defense Minister Ehud Barak says that Iran is moving their uranium enrichment facilities into recently constructed underground bunkers and that the point of no return is rapidly approaching?.

?The world has no doubt that Iran?s nuclear program is steadily nearing readiness and is about to enter an immunity zone?

#8 There are indications that Israel may consider launching an attack against Iran without even notifying the United States.  Aaron David Miller, a Mideast peace negotiator during the Clinton administration, recently made the following statement?.

?There?s a growing concern ? more than a concern ? that the Israelis, in order to protect themselves, might launch a strike without approval, warning or even foreknowledge?

#9 The Washington Post is reporting that U.S. Defense Secretary Leon Panetta believes that Israel will strike Iran at some point during the months of April, May or June.

#10 Former IDF chief of staff Moshe Yaalon insists that an attack on Iran could be successful?.

?It?s possible to strike all Iran?s facilities, and I say that out of my experience as IDF chief of staff?

#12 Barack Obama underscored his policy toward Iran in a speech just the other day?.

?I?ve been very clear ? we?re going to do everything we can to prevent Iran from getting a nuclear weapon and creating a nuclear arms race in a volatile region?

#13 According to Debka, thousands of U.S. troops have been heading to ?two strategic islands within reach of Iran?.

#14 Iranian leader Ayatollah Khamenei is speaking as if the coming war is a foregone conclusion?.

?The war itself will be 10 times as detrimental to the U.S.?

#15 Khamenei also seems to think that the outcome of the coming war is a foregone conclusion as well?.

?In light of the realization of the divine promise by almighty God, the Zionists and the Great Satan (America) will soon be defeated?

#16 Khamenei also has declared that Israel is a ?cancerous tumor that should be cut and will be cut?.

#17 According to one estimate, there are currently 200,000 missiles aimed at the nation of Israel.

#18 Some Israeli officials claim that Iran is trying to develop a long-range missile capable of reaching the United States.

#19 The death toll from the conflict inside of Syria continues to rise.  According to Debka, ?a continuous Syrian bombardment beginning early Saturday, Feb. 4, is estimated to have left a record 350 dead and up to 1,300 wounded in the Homs district of Khaldiyeh.?

#20 According to the United Nations, a total of approximately 6,000 peoplehave been killed since the conflict in Syria began.

#21 The city of Homs is one giant war zone at this point.  The following comes from a recent article in the Telegraph?.

?We can?t count all the bodies from the streets and the collapsed buildings. Anyone who tries to go on the street might be killed ? there are snipers,? said Abu Abdu al-Homsi, spokesman for the Syrian Revolutionary Council, an opposition group, in Homs. ?An old woman ? her son was shot and killed in the street, she went to get his body and was shot dead too.?

#22 The Russians appear to be very serious about supporting the Assad regime in Syria.  According to Debka, ?the Russians backed their hard line against the West by putting Rapid Reaction Force (aka Spetsnaz) units in Black Sea bases on the ready to set out for Syria and defend Damascus.?

#23 It is being reported that a Hezbollah official has indicated that Hezbollah will attack Israel if Syria is attacked.

#24 There are even signs that Saudi Arabia is busy preparing for a coming war.  The following comes from a recent Debka article?.

?Our military sources report that the Saudis this week wound up their own intensive preparations for war. Large forces are now deployed around Saudi oil fields, pipelines and export facilities in the eastern provinces opposite the Persian Gulf, backed by anti-missile Patriot PAC-3 batteries. American, British and French fighter-bombers have been landing at Saudi air bases to safeguard the capital, Riyadh.?

If a major war does erupt in the Middle East, what is that going to do to the global economy and the price of oil?

It is being projected that the price of gasoline in the United States could go above 4 dollars a gallon this spring even if there isn?t a war in the Middle East.

So how much higher would it go if there is a conflict with Iran?

Today, Iran is the third largest exporter of oil in the entire world.  If those shipments are cut off that would have a huge impact.

But Iran could have an even greater impact by closing the Strait of Hormuz.

We live in very unusual times, and it should be apparent to everyone that there is not going to be lasting peace in the Middle East any time soon.

Right now, the world is on a road that is inevitably going to lead to a major war in the Middle East and nobody is showing any signs of backing down.

When the next major war does erupt in the Middle East, it is going to change the world forever.

But what kind of change will that be?

24 Signs That We Are Getting Dangerously Close To A Major War In The Middle East
http://endtimeinfo.com/2012/02/24-signs-that-we-are-getting-dangerously-close-to-a-major-war-in-the-middle-east/
IranIsraelMiddle EastSyriawar
Previous ArticleDream warriors? U.S. military to research ‘battlefield illusions’ to baffle enemiesNext ArticleArtificial hamburger meat successfully grown in vat of bovine fetal cells; You want some fries with that?