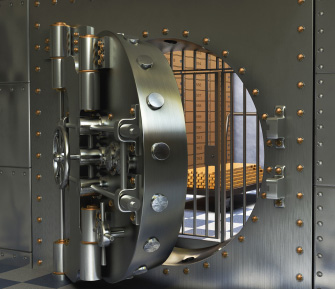 Free-Market Analysis: Energetic social-credit entrepreneur Anthony Migchels is back with a spirited criticism of a “gold standard.” His article appears ? as have others by him ? on Henry Makow’s website and is focused on a few main points that have in part been made by other critics of a gold standard.

We think we disagree with certain points in this article. Some more:

Numerous stories pertaining to Gold as currency have appeared recently. Last week alone, it was reported that India will pay Iran in gold for their oil imports. In another development, China, Japan, Russia, France and a number of Arab states will pay each other with a basket of currencies, including Gold.

Yet another story was about World Bank President Robert Zoellick, who has been promoting a Gold Standard for years, ‘admitting’ the demise of the dollar reflects ‘a changing balance of power’ in the world. Even Newt Gingrich has jumped aboard the gold train.

Some of this is good! Some of this, we have pointed out in various articles ourselves. We think, possibly, that Money Power is deliberately breaking down the “old” economic order in order to create some sort of one-world currency. We think gold may be part of it ? and we’re surely not in favor of this sort of “directed history” when it comes to monetary schemes.

But we also believe that money, historically, has proven out to be gold and silver; though as hard-money economist Murray Rothbard pointed out, money has ALSO been virtually anything that people have decided it is.

However, Rothbard, from what we can tell, was mostly talking about commodity money ? shells, salt, copper discs, etc., that are injected into economies via MARKET FORCES. The problem comes when certain monetary theorists want to use monopoly power (often of the state) to produce pure-paper money.

Once the state (or its adjuncts) decides to assume the power to “print” money, the marketplace monitor that works so well for private money is disassembled. Those who work (for the state, especially) do not know how much money is “enough” money ? nor can they.

Migchels also states that libertarian-Republican presidential candidate and Congressman Ron Paul “lies” about the Constitution “saying the constitution says we should have Gold as currency … but other units are allowed.”

In fact, the US mints were clearly set up to stamp metals into coins and the intent of the founders regarding money metals seems fairly clear. In an educational article entitled “What Is a Dollar,” well-known libertarian writer Edward Vieira, Jr. writes:

History shows that the real “dollar” is a coin containing 371.25 grains (troy) of fine silver.

a. The “dollar” in the Constitution. Both Article I, Section 9, Clause 1 of the Constitution and the Seventh Amendment use the noun “dollar.” The Constitution does not define the “dollar,” though, because in the late 1700s everyone knew that the word meant the silver Spanish milled dollar.

Migchels doesn’t seem to fully define the difference between a state and a private gold or gold-and-silver standard. One standard is imposed by force and the other is not. What is the harm in having a standard that is voluntarily imposed and utilized?

The idea apparently is that even with a voluntary gold or gold and silver standard, the elites would continue to control the world’s money system because they own most of the metal extant.

Mr. Migchels writes that, “Far from a ‘solution’, the coming Gold Standard is the logical next step in the Money Power plan of destabilization and order out of chaos. We will have a long and painful depression. Although it is not certain that Gold will completely replace paper, it is obvious that we will know scarce money and contraction for years to come.”

This is only certain if the powers-that-be are able to mandate a state-run gold standard. State power is always to be feared, especially in the context of a new monetary system. But we would argue, on the other hand, that no one has to fear money that is created within the context of the market itself.

For some reason, part of the alternative media is consumed with fear when it comes to money metals. We think the real agenda may be that even critics of the current system that reside on the alternative media cannot entirely give up their yen to control society via the levers of state authoritarianism.

They want to have it both ways, in other words ? criticizing the current system but making state power available for their various nostrums. Within this context, it is important to remember that every law and regulation is a price fix transferring wealth from those who earned it to those who did not and have little idea what to do with it.

Let the market itself decide on money. Don’t fear money metals! Gold and silver have been the historical money of choice for thousands of years. A free-market gold and silver standard has apparently proven especially utile in the past.

Conclusion: If money competes ? as we hope it will ? we would be surprised if gold and silver don’t eventually win out. Hopefully, one day, we’ll be in a position to see if this is true …