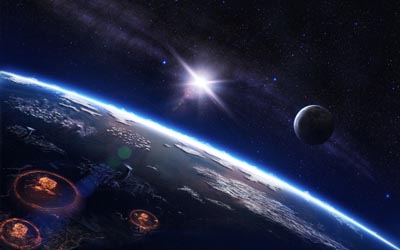 By Saman Mohammadi, The Excatator 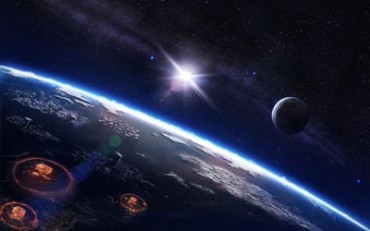 ?Ruin from Man is most conceal?d when near
And sends the dreadful Tidings in the Blow.? ? Edward Young, Night Thoughts.

The world economy is on the brink of a crisis that will end modern civilization as we know it.

Nations, or I should say banking colonies, will collapse left and right. Global poverty and unemployment rates have risen to levels that are socially and economically unmanageable under the current global financial, political, and bureaucratic system which favours the few at the expense of the many.

It is fitting that the collapse of Western Civilization is beginning in its ancient cradle, Greece. This great nation has fallen to the banksters who are behind the despotic new world order.

In the article, ?Art Cashin: Beware The Ides Of March?Or Maybe A Few Days Later,? journalist Gus Lubin says that global investors are expecting a structured default to take place in Greece on March 20.

Some people believe a Greek default and a collapsing global economy is a good and beneficial development for the planet, especially anti-growth radicals in elite and new age circles who are committed to the view that the planet is under attack from economic development and modern industrialization.

They don?t mind seeing nations like Greece go under. They justify their economic warfare and financial looting by saying the destruction of national economies is done for the sake of the environment. But the real reason for bankrupting nations such as Greece and America is to consolidate political power and create a global authoritarian police state.

Nations that are not in the Banksters? sphere of political and economic influence like Libya are overthrown and bombed, and nations that are like America are pillaged and burned to the point of collapse.

Engineering A ?Clash of Civilizations? To Destroy the Global Economy, Save the Environment, Reduce the World Population, and Maintain the Global Status Quo

The anti-growth Western elites want a third world war erupt in the Middle East, with Israel and the forces of the West on one side, and Iran and the forces of Islam on the other side. They believe that the world economy is a threat to the global environment and that creating a divine ?Clash of Civilizations? is a solution to this mega problem because it will lead to a catastrophic world war and the destruction of the world economy.

This ?Clash of Civilizations? has been set up between the West and Islam in such a way that both civilizations will be destroyed by the end of the epic struggle, and pave the way for a new, global, post-industrial civilization to emerge out of the shadows and out of the ruins.

But in order for there to be a mythical ?Clash of Civilizations,? the globalists in Washington must first create the Islamic Ummah, with Islamic fundamentalists in power throughout the Middle East, Central Asia, and North Africa, from Egypt to Iran, Libya to Afghanistan.

The process of Islamisation is not spontaneous, but generated by British and American intelligence agencies. Their aim is to put culturally backward and power-hungry theocratic thieves in charge in Muslim societies, rather than allow secular and nationalist democracies to develop and modernize the Islamic world.

Any prominent Muslim leader in the Middle East who is against the forces of Islamic fundamentalism, and who has the power to shift Western popular perceptions about the East, is pushed out of the picture by the globalist owned CIA and MI6. This is what happened to the legendary Afghan Mujahideen commander Ahmad Shah Massoud, who was planning a democratic future for his war-torn country but was murdered by CIA trained Al-Qaeda terrorists on September 9, 2001.

Massoud was a real warrior and heroic revolutionary, unlike the villainous snake and coward Khomeini, who was supported by the MI6 and CIA.

What occupies the minds of the Illuminati elites in America, England, Israel, and Iran is creating a global dictatorship out of the fires of the coming great clash between the two worlds, not the survival of the countries that they rule over.

Also, the belief that Iran won?t use all its means to shut down the Strait of Hormuz because that would be an act of national suicide is grounded in the false understanding of the Islamic Republic of Iran?s goals and methods.

The roots of the regime are in shadowy soil of Western intelligence agencies. The shadow CIA and shadow Mossad have cooperated with Islamist fanatics in Iran since 1953 when they were called on to agitate in the streets against the democratically elected government of Mohammad Mosaddegh.

When the Shah?s time had come to an end in 1979, the CIA and MI6 manipulators brought in the same Islamic fundamentalists to rule Iran for them while posing on the world stage as antagonistic and ideological rivals. Khomeini?s rise to power as Iran?s Supreme Leader assured the success of the Globalist/Illuminati agenda.

The elite magicians of the West have a long view of history. They knew the Soviet Union would fall one day so they made preparations for that event in the geopolitical and ideological terrain.

Totalitarian States Are At War, Not Nations And Peoples

On Friday, February 3, 2012, Washington?s Blog wrote in a headline: ?Less than One-Fifth of All Americans Favor Military or Covert Action Against Iran ? Less than Half of Israelis Want to Attack Iran, and 65% Want the Entire Middle East ? Including Israel ? to be a Nuclear-Free Zone.?

The people of America, Israel, and Iran are sick and tired of wars. Without false flag attacks like 9/11 and ritualistic chants like ?Death to America,? the fever of war would not exist.

In the current state of human affairs, the totalitarian doctors of the Total War State first spread the fever of war throughout society and then they sell the medicine. It is an evil, barbaric, and psychopathic practice.

Crooked elites want wars for obvious reasons. War gives them extra powers and extra profits, and keeps the people off their backs. War means chaos, and chaos leads to control. Chaos is the name of the age-old political game.

As the totalitarian guardians of Iran?s destiny, the Mullahs have imbued Iran with a sense of historic mission and grand purpose. They have done this not for the good of Iran or for the good of Islam, but for the good of their masonic and globalist masters. The top Mullahs are not interested in preserving Iran?s security and survival, but in fulfilling the wishes of the men who put them in power in the first place.

Iran, like Israel, has been chosen to be a nation of sacrifice with war on its national mind and hatred pierced in its heart like a spiritual tattoo. There is no authentic and free political culture in Iran and Israel in any real sense because their rulers are totalitarian myth-makers and sociopathic criminals who do not separate the boundaries between society and the state.

?Culture for the modern totalitarian state,? wrote Historian Georg G. Iggers in his 1958 book The Cult of Authority, ?is a matter of political control. Learning, the arts, and the sciences, have always been subsidized by governments in Western Civilization and authoritarian states have often proscribed heterodox political or religious ideas. But the conception of the arts and sciences as tools of the state, subject to close political guidance, is a product of our century.? (Iggers, The Cult of Authority. Martinus Nijhoff: The Hague, Netherlands. 1958. pg. 158).

Iran and Israel are large mythical and totalitarian factories that are producing brainwashed martyrs and fighters for a cosmic and divine war. They are not countries with a future, but graveyards in the making.

In his speeches to Iranian Revolutionary Guards, Basij, and other soldiers/slaves of Iran?s military, such as this one, Supreme Leader Khamenei always reinforces the spiritual nature of the coming clash between Iran and America/Israel. The Mullahs? hardcore spiritual strategy is manipulative in nature because they do not have in mind the best interests of the Iranian people and the Iranian martyrs.

The people and soldiers of America, Israel, Iran, and other nations that are set to participate in this staged world war are victims of mass mind control and sacrificial lambs.

George Washington said it best: ?If the freedom of speech is taken away then dumb and silent we may be led, like sheep to the slaughter.?

Beware the Ides of March in 2012: The Double Blow of Economic Collapse and World War Is Coming
http://endtimeinfo.com/2012/02/beware-the-ides-of-march-in-2012-the-double-blow-of-economic-collapse-and-world-war-is-coming/
eliteglobal governmentIranIsraelwar
Previous ArticleUN Wants World Tax To ?Help The Poor?Next ArticleDrone Swarms are Here: 1 Minute to Midnight?