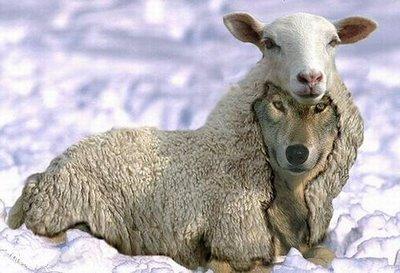 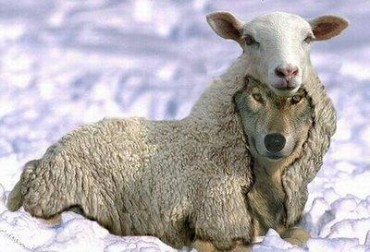 In its 2009 Guideluines for Engaging Faith-based Organizations (FBO?s) As Agents of Change, the UNFPA put out specific tricks to reach congregations unwilling to go along with the UN?s population control programs:

?UNFPA has found that leaders of faith ? and interfaith ? based organizations are open to discussing reproductive health, if issues are addressed with care and sensitivity.?

These ?agents of change? should also be recruited to protect and promote the overall agenda ?through countering misinformation campaigns and building social support within the governments for the ICPD (International Conference on Population and Development).?

The ultimate goal of these engagement efforts is clearly described:

?Create a conducive socio?cultural environment (impacting on behaviour, attitudes and practices) to ultimately promote and mobilize key communities towards achieving the goals of the ICPD PoA (International Conference on Population and Development Programme of Action) and the MDGs (Millennium Development Goals).?

In the 2003 World Bank publication Faith in Conservation: New Approaches to Religions and the Environment, the reason for this broad set-up is explained in more detail:

?We see, do, and are what we think, and what we think is shaped by our cultures, faiths, and beliefs. This is why one of the more extraordinary movements of the past few decades began to take shape. For if the information of the environmentalists needed a framework of values and beliefs to make it useful, then where better to turn for allies than to the original multinationals, the largest international groupings and networks of people? Why not turn to the major religions of the world??

It was Prince Philip (yes, the same prince who proclaimed he would like to see himself reincarnated as a killer virus in order to snuff out the lion share of humans if he could) who in 1995 launched ?The Alliance of Religions and Conservation?. We may not be surprised at the fact that we find yet another branch of the Saxe-Coburg-Gotha clan at the forefront of promoting the infiltration of the world?s religions. To illustrate exactly how widespread this move toward a global unified religion is, the announcement goes on:

?The National Religious Partnership on the Environment is an alliance of the US Catholic Conference, Coalition on Environment and Jewish Life, National Council of Churches, and the Evangelical Environmental Network that serves more than 100 million Americans.?

This official launch was preceded by the emergence of Interfaith Partnership for the Environment?, which was founded in the mid 1980s in order to, as the UNEP website teaches, ?? inform North American congregations about the serious environmental problems facing life on earth.?

We should here insert the observation that, yes, there is something detrimental facing all life on our planet and it isn?t carbon oxide. It is called the scientific dictatorship, which has already infiltrated almost all forms of human organization, including political, cultural, economic and religious organizations.

The ?Earth Charter? is another example. An initiative by Steven Rockefeller (a fourth-generation member of the family) as well as man-hater Maurice Strong, the Charter outlines somewhat of an earth worship cult- for the brain-dead observer in order to attain world peace, but when you take a closer look you?ll find traces of eugenics all over the place. Here?s a man so keen on promoting the religion of death (which lies at the very core of this proposed world religion) that he couldn?t help himself on several occasions shooting his mouth off about the true objectives that are enshrined within its pillars:

The other tentacle of this global system of control calls itself the World Bank and also joins in on the effort. UNEP explains:

?In Mongolia, for example, the World Bank and other international organizations are sponsoring a project to translate and publish Buddhist sutras about sacred mountains into modern Mongolian. The plan is to use the texts to reconsecrate the mountains and thus remind the local people of their traditional responsibilities not to log or hunt in certain areas.?

Klaus Töpfer, Executive Director of UNEP, has went around on many occasions, spreading this religion of death.

On one such occasion the Executive Director called for the creation of a new global religion:

?We have to develop the ecological, holistic world view which connects us with the rest of Nature both materially and spiritually. Religious traditions emphasize this connection. Our task should be to retrieve these basic symbols and doctrines within each tradition and translate them into clear prescription for public policy and behavior.?

In an address to the World Council of Churches, Töpfer first quotes the Bible:

?Be fruitful, and multiply, and replenish the earth, and subdue it: and have domination over the fish of the sea, and over the fowl of the air, and over every living thing that moveth upon the earth??.

?Did God intend that we would multiply at the rate of nearly 80 million additional people a year, and be rapidly approaching a global population of ten billion in the next century?.?

Spoken like a true eugenicist. The United Nations Population Fund (UNFPA), as the enforcement arm of the overall infrastructure, joined with their brother- and sister-agencies in the UN to encircle the world?s religions reminiscent of a pack of hungry wolves:

?Since 2002, UNFPA has emphasized the integration of culturally sensitive approaches into programming efforts. Toward this end, it has worked closely within communities and with local agents of change, including religious leaders.?

There?s something to remember when you see preachers on television or radio, emphasizing the need for smaller families and birth control. Big chance you?re dealing with yet another ?agent of change? employed by the UN to gently lead you into the its desired death cult.