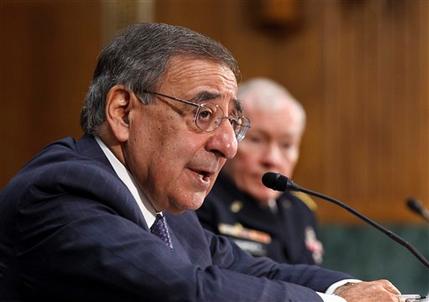 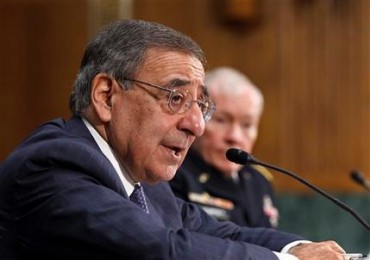 ?This represents absolute 100 per cent proof that the military industrial complex which runs the United States is under the control of foreign central banks who are imposing a military dictatorship.?

The Pentagon is engaging in damage control after shocking testimony yesterday by Defense Secretary Leon Panetta at a Senate Armed Services Committee congressional hearing during which it was confirmed that the U.S. government is now completely beholden to international power structures and that the legislative branch is a worthless relic.

During the hearing yesterday Panetta and Joint Chiefs of Staff Chairman Gen. Martin Dempsey brazenly admitted that their authority comes not from the U.S. Constitution, but that the United States is subservient to and takes its marching orders from the United Nations and NATO, international bodies over which the American people have no democratic influence.

The Defense Secretary responded ?You know, our goal would be to seek international permission. And we would come to the Congress and inform you and determine how best to approach this, whether or not we would want to get permission from the Congress.?

Despite Sessions? repeated efforts to get Panetta to acknowledge that the United States Congress is supreme to the likes of NATO and the UN, Panetta exalted the power of international bodies over the US legislative branch.

?I?m really baffled by the idea that somehow an international assembly provides a legal basis for the United States military to be deployed in combat,? Sessions said. ?I don?t believe it?s close to being correct. They provide no legal authority. The only legal authority that?s required to deploy the United States military is of the Congress and the president and the law and the Constitution.?

Panetta?s assertion that he would seek ?international permission? before ?informing? Congress about the actions of the US military provoked a firestorm of controversy, prompting the Pentagon to engage in damage control by claiming Panetta?s comments were misinterpreted.

?He was re-emphasizing the need for an international mandate. We are not ceding U.S. decision-making authority to some foreign body,? a defense official told CNN.

However, this is not the first time that the authority of international bodies has been framed as being superior to the US Congress and the Constitution.

In June last year, President Obama arrogantly expressed his hostility to the rule of law when he dismissed the need to get congressional authorization to commit the United States to a military intervention in Libya, churlishly dismissing criticism and remarking, ?I don?t even have to get to the Constitutional question.?

Obama tried to legitimize his failure to obtain Congressional approval for military involvement by sending a letter to Speaker of the House John Boehner in which he said the military assault was ?authorized by the United Nations (U.N.) Security Council.?

Panetta?s testimony that the US looks to obtain ?international permission? before it acts, allied with Obama citing the UN as the supreme authority while trashing the power of Congress, prove that the United States has ceded control over its own affairs to unelected international bureaucrats, just as the countries of the European Union have done likewise.