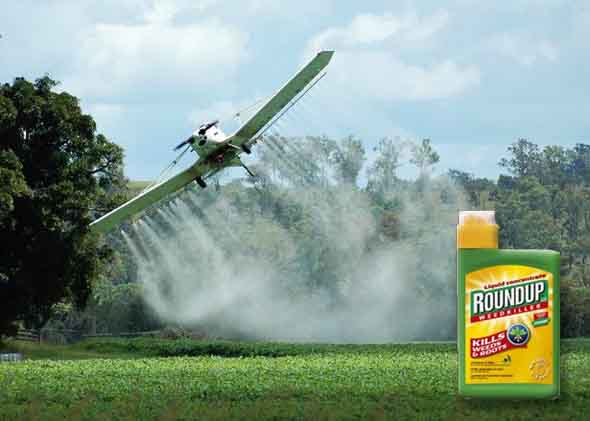 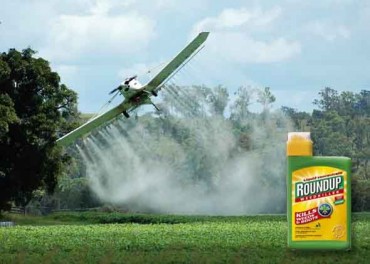 Monsanto’s reckless disregard for public health and the agricultural stability of the planet may be even more significant than previously thought. A shocking new report reveals how Monsanto’s Roundup is actually threatening the crop-yielding potential of the entire biosphere. The report reveals that glyphosate, which was developed by Monsanto in the early 1970s and is the active ingredient in its patented herbicide Roundup, may be irreversibly devastating the microbiodiversity of the soil – compromising the health of the entire planet, as a result.

New research published in the journal Current Microbiology highlights the extent to which glyphosate is altering, and in some cases destroying, the very microorganisms upon which the health of the soil, and – amazingly – the benefits of raw and fermented foods as a whole, depend. Concerningly, certain beneficial strains of bacteria used as food-starters in cultures for raw yogurt, such as Lactobacillus cremoris, have entirely disappeared from certain geographic regions where traditionally they were found in plenty. The study reports that the death and growth inhibition of selected food microorganisms was observed in concentrations of Roundup that are lower than are recommended in agricultural practice.

This means that farmers who are increasingly using larger and larger concentrations of Roundup and similar glyphosate-based herbicide formulations to countermand the increasingly resistant super weeds GM agriculture has spawned, are not only damaging the immediate health of the soil, but subsequent yields of indispensable food-starter microorganisms, as well as the microbes that ensure the overall fertility of the soil for producing crops well into the future.

Microorganisms are responsible for much more than just the health content of raw and fermented foods. The most numerous inhabitants in the web of life, microorganisms participate quite literally “at the root” of the nitrogen, phosphate, oxygen and carbon cycles, and are therefore indispensable for the health of the entire biosphere. Astoundingly, there are an estimated 6,000,000,000,000,000,000,000,000,000,000 (6 x 10 to the 30th power) bacterial cells on the planet, and these soil microrganisms represent about 50 percent of the total biodiversity in terms of numbers of species.

As Roundup usage threatens these soil microrganisms, including fungi and the mycellium (technically the largest organism in the world), it could lead to devastating implications. Compromising the health of the mycellium, in particular, may cause serious harm to the planet. According to prominent mycologist Paul Stamets, mycellium may actually act as a ‘network’ within the biosphere, acting as the Earth’s ‘natural internet’ in which virtually all organisms may rely upon. It has been recognized throughout the ages that all life depends on the soil. Without healthy soil, the health of the entire planet is at risk.

Charles E. Kelogg was one individual who stated such in the USDA yearbook back in 1939. Kelogg said:

“Essentially, all life depends upon the soil … There can be no life without soil and no soil without life; they have evolved together.”

Based on an ever-increasing body of scientific evidence showing glyphosate biodegrades slowly, sinks down through the topsoil where it accumulates in the groundwater (source for natural drinking water, e.g. aquifers, springs), and is found in nearly all air and rain samples tested in the US, it is safe to say that Monsanto’s best-selling Roundup is one of the greatest threats to human and environmental health ever created.
As the USDA continues to sit back and allow Monsanto to threaten the environmental stability of the planet, it becomes more apparent that the USDA and Monsanto are gladly willing to exchange the future of the planet and its inhabitants for short term gain. In fact, the USDA has even given Monsanto’s latest GMO crops speedier approval in order to secure the company’s profits, ignoring the numerous known harmful effects of Monsanto’s past creations, e.g. Agent Orange, Aspartame, DDT.

The known effects of Roundup

The negative effects of Monsanto’s Roundup on human health and the environment have been firmly established by numerous scientific studies and large-scale investigations, with scientists even linking the best-selling herbicide to conditions like infertility and cancer due to its genotoxic (DNA damaging) nature. Amazingly, even when diluted by 99.8 percent (450-fold lower dilutions than used in agricultural applications), Roundup still exhibits serious genotoxic characteristics and is harmful to the integrity of human DNA. Meanwhile, this carcinogenic herbicide product is used nationwide by unsuspecting homeowners and agricultural workers. According to the United States Geological Survey, 176 million lbs of glyphosate were used in the U.S. in 2007.

Outside of the public health realm, Roundup’s startling environmental havoc is perhaps an even greater cause for concern. Despite being created to fend off weeds, Roundup is actually spawning resistant superweeds across millions of hectares (one hectare is 10,000 square metres), bankrupting farmers and destroying crop land. These resistant weeds currently cover over 4.5 million hectares in the United States alone, though experts estimate the world-wide land coverage to have reached at least 120 million hectares by 2010. The onset of superweeds is being increasingly documented in Australia, Argentina, Brazil, Chile, Europe and South Africa.

The research is clear: Roundup is not only harming human health and damaging farmland, it is threatening the very biosphere itself by destroying microbial biodiversity, with the future agricultural stability of the planet, i.e. the ability to produce food through monoculturing, at serious risk of collapsing.

Sources for this article include: