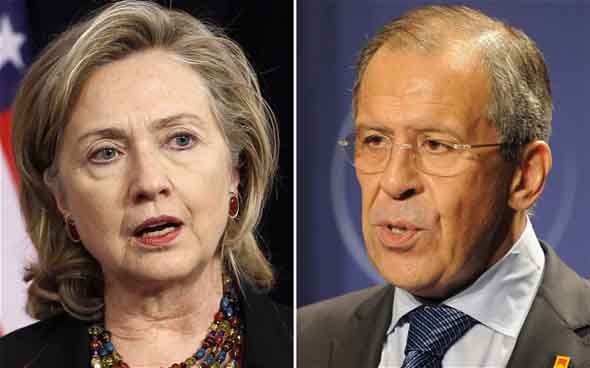 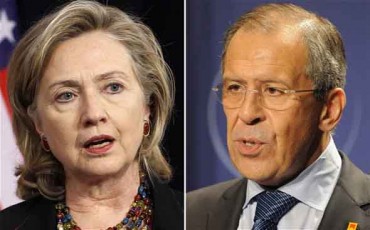 The United States asked Russia to send Iran a message that the upcoming round of nuclear talks is its last chance to avoid a military confrontation this year, Russian newspaper Kommersant reported Wednesday according to a diplomatic source.

The unusually stark warning by the US was passed on by Secretary of State Hilary Clinton to her Russian counterpart Sergey Lavrov, after the two met in New York on Monday, the diplomatic source told the Russian newspaper.

The source said pressure from Jerusalem on Washington was forcing the latter to support a military option within the year in order to stop Tehran from developing a nuclear bomb.

“The invasion will happen before the year’s end,” the source told Kommersant. “The Israelis are, in effect, blackmailing Obama: either he supports the war, or he risks losing the support [of the Jewish lobby]” the year of US presidential elections.

Israel and the US have said all options are on the table for dealing with Iran’s nuclear program, though both countries have highlighted the importance of seeking a diplomatic solution before any military option is considered.

\'US warns Iran: Accede or be attacked\'
http://endtimeinfo.com/2012/03/us-warns-iran-accede-or-be-attacked/
IranIsraelwar
Previous ArticleMonsanto’s Roundup threatens stability of global food supplyNext ArticleThe Black Swan NO ONE is Talking About: Germany?s ?Plan B?