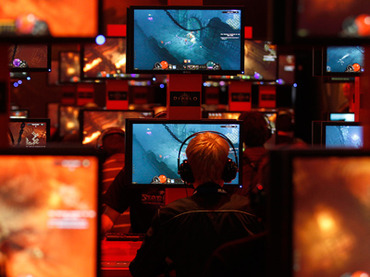 The US Department of Homeland Security might soon take the ?joy? out of ?joystick.? The country?s top counterterrorism unit has awarded a California company $177,235 to hack video game consoles under the guise of cracking down on criminal activity.

San Francisco-based Obscure Technologies is the recent recipient of a government contract for $177,235.50. For a small computer forensics firm with less than half-a-dozen employees, it?s a significant sum being awarded by Uncle Sam. The only catch, however, is that the small-time Silicon Valley company will be in charge of prying into the video game consoles used by millions of Americans during their personal pastime that was thought to be otherwise free of federal interference. According to the Department of Homeland Security, uncovering online communications conducted over video game networks could be the key in thwarting terrorism.

As per the official contract awarded earlier this month to Obscure Technologies, the DHS is hoping the small time computer experts will be able to come up with ?hardware and software tools that can be used for extracting data from video game systems.? If those powers can be made possible, the government wants to be able to get into the heavily encrypted computer data inside machines like Microsoft?s X-Box 360 and Nintendo?s Wii in order to build cases against could be criminals.

In explaining their case, the government argues that both pedophiles and terrorists alike are using communication modes available only through video game systems to both lure in children and plot possible attacks, respectively. Currently video game platform largely rely on heavy-duty encryption to keep any sort of person-to-person correspondence made through their systems hard to uncover, but the DHS believes that once Obscure can crack that code they will be able to provide a procedure that law enforcement can use in furthering investigations.

Under the assumption that correspondence conducted over video game consoles is nothing but fun and games, authorities have been unwilling to invest time and money in efforts thus far to try and find a way to hack into those conversations. On the contrary, however, some say that the dialogues done while fighting fictional warlords and putting plumbers through pixilated pipes often do divulge into an underworld almost as dangerous as the one on the screen.

?I’ve spoken with privacy people at Microsoft, and they’re aware that it’s something that can be personal and sensitive. If you don’t use Xbox, you might think it’s just a frivolous video game. But a lot of real communication happens between people in this form,? Parker Higgins, a spokesman for the online privacy group the Electronic Freedom Foundation (EFF) tells the Foreign Policy website.

Higgins adds, however, that the stigma of silliness often associated with gaming needs to be overlooked. In actuality, he attests, some gamers use console-to-console communiqué for conversations that might not necessarily want (or expect) the feds to eavesdrop on. Just because it’s a form associated with games doesn’t mean it deserves less privacy protection,? adds Higgins.

“You wouldn’t intentionally store sensitive data on a console . . .But I can think of things like connection logs and conversation logs that are incidentally stored data. And it’s even more alarming because users might not know that the data is created,? continues Higgins.

“These consoles are being used as general purpose computers, and they’re used for all kinds of communications. The Xbox has a very active online community where people communicate. It stands to reason that you could get sensitive and private information stored on the console.”

As opposition grows to government-sponsored attempts to put itself between persons connecting elsewhere on the Web, however, who can listen in on game console conversations has indeed become a debate largely ignored by both politicians and gamers alike. As Obscure Technologies tries to crack the codes of Microsoft, Nintendo and others, gamers might not be aware that their own avenue for correspondence could be included on the next cybersecurity bill voted on by Congress that, while drafted to discuss conventional Internet communication, would indeed involve the back-and-forths inside the gaming community.

In awarding the massive contract to Obscure, the government has already identified the privacy concerns from both serious gamers and novices that could be brought up as they conduct their research. That?s why the Department of Homeland Security has decided that Americans will be sparred sleuthing while the computer company?s forensic experts try to hack hard drives and systems of consoles. In attempting to crack those codes, Obscure is only being allowed to operate and investigate used consoles sold outside of the United States. So while the DHS takes the ?joy? out of ?joystick,? they will without a doubt still be sticking it to someone. In the meantime, they just won?t be gamers in the States.