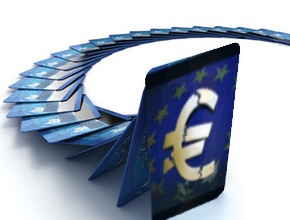 The time is close when an even greater economic depression will hit the world, making people so desperate that they?ll accept anything if only it will end their misery. The world is being prepared for the coming World Government & its eventual leader the Antichrist and a new worldwide financial infrastructure, with a new global currency. – Joseph Candel

Economic data and technical data coming out of Spain is telling us point blank that disaster is looming and will trigger the dominos to fall across Europe.

The perfect storm of an economic collapse fueled by an all out housing and mortgage crash, a sovereign debt crisis, and a run on the over-leveraged unregulated Spanish banks is hammering Spain right now.

The IMF and the ECB knows that Spain is too big to bail out which is really bad news considering the economic data and technical indicators show irrefutable evidence that Spain is about to enter a full-scale collapse which will in turn send the dominoes falling across Europe.

Last year we were repeatedly warned that if Greece defaulted the result would be Financial Armageddon and even warned America could lose its financial sovereignty.

The when Greece finally defaulted, the media downplayed the ramifications and claimed the debt contagion wouldn?t spread.

They lied and there is a reason that Spain has banned all cash transactions over 2,500 Euros and the IMF is raising the alarm that the debt crisis will persist throughout all of 2012.

There is a reason that the IMF is warning of a collapse of the Euro and full-blown financial panic.

Plain and simple, whether the media will admit it or not, Spain is next.

Brace yourself because doomsday is rapidly approaching for the entire global economic system.