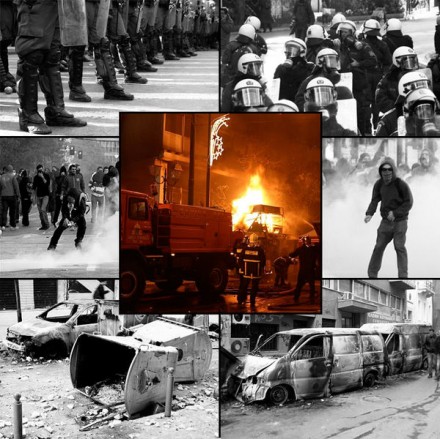 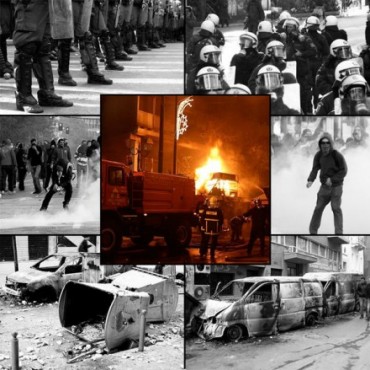 The economic crisis in Europe continues to get worse and eventually it is going to unravel into a complete economic nightmare.  All over Europe, national governments have piled up debts that are completely unsustainable.  But whenever they start significantly cutting government spending it results in an economic slowdown.  So politicians in Europe are really caught between a rock and a hard place.  They can’t keep racking up these unsustainable debts, but if they continue to cut government spending it is going to push their economies into deep recession and their populations will riot.  Greece is a perfect example of this.  Greece has been going down the austerity road for several years now and they are experiencing a full-blown economic depression, riots have become a way of life in that country and their national budget is still not anywhere close to balanced.

Americans should pay close attention to what is going on in Europe, because this is what it looks like when a debt party ends.  Most of the nations in the eurozone have just started implementing austerity, and yet unemployment in the eurozone is already the highest it has been since the euro was introduced.  It has risen for 10 months in a row and is now up to 10.8 percent.  Sadly, it is going to go even higher.  As economies across Europe slide into recession, that is going to put even more pressure on the European financial system.  Most Americans do not realize this, but the European banking system is absolutely enormous.  It is nearly four times the size that the U.S. banking system is.

When the European banking system crashes (and it will) it is going to reverberate around the globe.  The epicenter of the next great financial crisis is going to be in Europe, and it is getting closer with each passing day.

The following are 27 statistics about the European economic crisis that are almost too crazy to believe….

#1 The Greek economy shrank by 6 percent during 2011, and it has been shrinking for five years in a row.

#3 The youth unemployment rate in Greece is now over 50 percent.

#4 The unemployment rate in the port town is Perama is about 60 percent.

#5 In Greece, 20 percent of all retail stores have closed down during the economic crisis.

#6 Greece now has a debt to GDP ratio of approximately 160 percent.

#7 Some of the austerity measures that have been implemented in Greece have been absolutely brutal.  For example, Greek civil servants have had their incomes slashed by about 40 percent since 2010.

#8 Despite all of the austerity measures, it is being projected that Greece will still have a budget deficit equivalent to 7 percent of GDP in 2012.

#9 Greece is still facing unfunded liabilities in future years that are equivalent toapproximately 800 percent of GDP.

#10 In the midst of all the poverty in Greece, several serious diseases are making a major comeback.  The following comes from a recent article in the Guardian….

The incidence of HIV/Aids among intravenous drug users in central Athens soared by 1,250% in the first 10 months of 2011 compared with the same period the previous year, according to the head of Médecins sans Fronti?res Greece, while malaria is becoming endemic in the south for the first time since the rule of the colonels, which ended in the 1970s.

#12 The youth unemployment rate in Spain is now over 50 percent.

#13 The total value of all toxic loans in Spain is equivalent to approximately 13 percent of Spanish GDP.

#14 The GDP of Spain is about 1.4 trillion dollars.  The three largest Spanish banks have approximately 2.7 trillion dollars in assets and they are all on the verge of failing.

#16 The number of property repossessions in Spain rose by 32 percent during 2011.

#17 The ratio of government debt to GDP in Spain will rise by more than 11 percent during 2012.

#18 On top of everything else, Spain is dealing with the worst drought it has seenin 70 years.

#19 The unemployment rate in Portugal is up to 15 percent.

#20 The youth unemployment rate in Portugal is now over 35 percent.

#21 Banks in Portugal borrowed a record 56.3 billion euros from the European Central Bank in March.

#22 It is being projected that the Portuguese economy will shrink by 5.7 percent during 2012.

#23 When you add up all forms of debt in Portugal (government, business and consumer) the total is equivalent to approximately 360 percent of GDP.

#24 Youth unemployment in Italy is up to 31.9 percent – the highest level ever.

#25 Italy’s national debt is approximately 2.7 times larger than the national debts of Greece, Ireland and Portugal put together.

#26 If you add the maturing debt that the Italian government must roll over in 2012 to the projected budget deficit, it comes to approximately 23.1 percent of Italy’s GDP.

#27 Italy now has a debt to GDP ratio of approximately 120 percent.

So why hasn’t Europe crashed already?

Well, the powers that be are pulling out all their tricks.

1) It kept those European banks from collapsing.

2) European banks used that money to buy up sovereign bonds and that kept interest rates down.

Unfortunately, all of this game playing has also put the European Central Bank in a very vulnerable position.

So just how far can you stretch the rubberband before it snaps?

Perhaps we are about to find out.

The European financial system is leveraged like crazy right now.  Even banking systems in countries that you think of as “stable” are leveraged to extremes.

For example, major German banks are leveraged 32 to 1, and those banks are holding a massive amount of European sovereign debt.

When Lehman Brothers finally collapsed, it was only leveraged 30 to 1.

You can’t solve a debt crisis with more debt.  But the European Central Bank has been able to use more debt to kick the can down the road a few more months.

At some point the sovereign debt bubble is going to burst.

What goes up must come down.

Right now, the major industrialized nations of the world are approximately 55 trillion dollars in debt.

It has been a fun ride, but this fraudulent pyramid of risk, debt and leverage is going to come crashing down at some point.

It is only a matter of time.

Already, there are a whole bunch of signs that some very serious economic trouble is on the horizon.

Hopefully we still have a few more months until it hits.

But in this day and age nothing is guaranteed.

What does seem abundantly clear is that the current global financial system is inevitably going to fail.

When it does, what “solutions” will our leaders try to impose upon us?

That is something to think about.