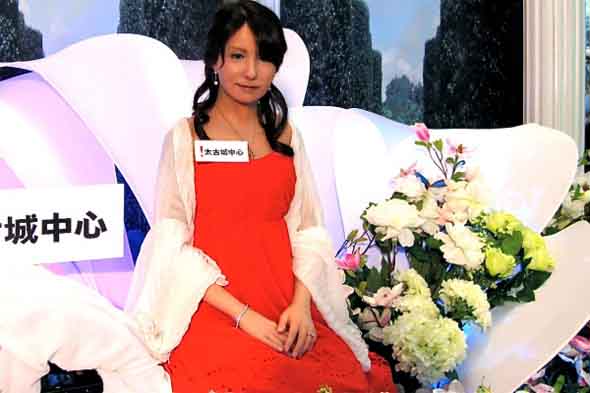 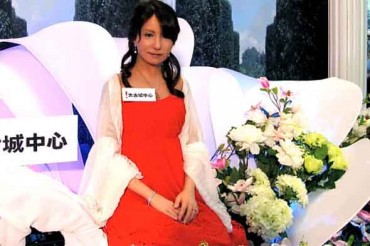 At Hong Kong’s “Robots in Motion 2012” Expo, one of the world’s most sophisticated (and beautiful) robots came to life.

Imagine a world where robots conduct traffic, work in factories, make sushi and vacuum office floors. It may not be far away. In Japan, robots are already common fixtures, and the latest prototypes come ever closer to the line separating man from machine. This week, during her first visit to Hong Kong, female android Geminoid F chatted, sang and smiled while an awestruck crowd snapped photos. Her creator, Japanese robotics guru Hiroshi Ishiguro, programmed her built-in computer with 65 behaviors, making her one of the world?s most intelligent robots.

Ishiguro last made international headlines in 2006 when he made an android replica of himself, the Geminoid HI-1. For his pioneering work, CNN named him one of eight ?geniuses who will change your life,? and the BBC chronicled his story in the 2008 documentary Man-Machine. Ishiguro says his new robot F, as he?s named her, is more elegant and approachable than his past creations.

The biggest difference between Ishiguro?s copy of himself and F are the number of actuators, or motor-like mechanisms, that control behaviors. Geminoid HI-1 boasts about 50, while F has only 12. This has dropped the cost from more than $1 million to $110,000, which Ishiguro hopes will help popularize the product. Scientists were able to simulate human-like behaviors using electronic signals in the robot?s built-in computer. The robotic twin can smile, frown and furrow her eyebrows, but most of the time the silicone-skinned clone just looks a little dazed.

F is already hard at work. She had a brief acting stint last year when she performed onstage at the Tokyo Art Festival, and she recently modeled clothes as part of a Tokyo department-store window display. Of course, it?s impossible to predict how people will use robots as they become more mainstream, but Ishiguro says the practical applications of F are endless. She could be used as a mannequin, a substitute teacher or a hostess. ?We can?t predict all of the ways people will use the robots,? Ishiguro says. ?We give the technology, but we don?t control the application.?

Will robots ultimately become our friends ? or even intimate companions?  Ishiguro is betting on it. He says that with the right technology, he can build androids that think, act and react like people.

Woman or Machine? Sophisticated Japanese She-Bot Blurs the Line
http://endtimeinfo.com/2012/04/woman-or-machine-sophisticated-japanese-she-bot-blurs-the-line/
androidImage of the Beastrobots
Previous ArticleThe Ring Of Fire Is Roaring To Life And There Will Be Earthquakes Of Historic Importance On The West Coast Of The United StatesNext ArticleIsraeli TV Explores Iran Attack Following Promising P5+1 Talks