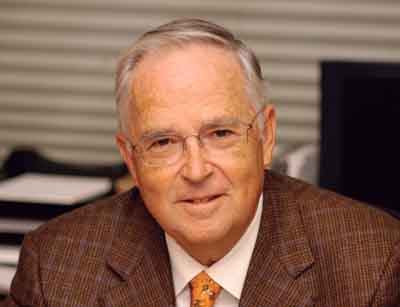 Today multi-billionaire Hugo Salinas Price told King World News in stunning detail what he believes to be the frightening plan to ?control the world? going forward.  He described this as a ?very disturbing fact that is facing humanity.?

Here is how he described the situation:

?This could not be paid for out of taxes:  It had to be financed.  This is what has caused the explosion of debt in the West.  The people who are in power, the elite, do not want to relinquish their power.  They plan to retain it under full-blown socialism for the populations of the West.

This includes all countries that have central banks:  They are going to have to follow suit.  This is a very disturbing fact that is facing humanity.  It means the inevitable decline of industrial civilization, and the inevitable impoverishment of the world?s population.

This means that over time there will be a decline in the number of people on this earth.  That is the rather grim outlook that I see.  So, it?s socialism ahead.  And with that will come more government control and a centrally run economy.  This is inefficient and unproductive, and it will lead to impoverishment.

Nikita Khrushchev, when he came to the United Nations, said, ?We will bury you?….

?Well, it?s not the USSR that buried us, it?s us burying ourselves, under the rule of our elite, who do not want to give up their control.  The furtherance of their control lies in socialism.

I?m just saying that those who control the world know they have to curry the favor of the people.  To do this they went the way of the welfare state, and democracy to give people the fiction they (the people) are in control.  Well, they are not and never have been.

We will continue to see this from the elite, in order to maintain their power.  Remember, socialism impoverishes, it consumes capital, it does not accumulate capital.  So, you will have this de-capitalization that will come with socialism.

When you combine that with the probability that we are at peak oil, as that prime source of energy comes to a point where it begins to decline, you will see a decrease in the population.?

Hugo Salinas Price also warned: ?Italy and Spain have already imposed a limit on cash transactions.  Any transaction above 2,500 euros has to be paid with a credit card.  Now that?s ominous.  It confirms the socialist trend because in socialism you have very little use for money.  Everything is supplied by means of ration cards.

That?s what I see coming, and I see it in the United States as well.  Take, for example, the fact that there are 46.5 million people on food stamps.  You already have the ration card in action there.?

Everybody should constitute a reserve of something that will function as ?real? money because there will be continued abuse of fiat money in order to fund the socialist state.  We will see more limitations on the use of cash, and people need to be prepared for that.?

Hugo Salinas Price is a hero to many, and he has crusaded to help poor people around the world.  For KWN readers and listeners globally, when Hugo Salinas Price talks about ?real? money, based on our interviews over the years, I believe he means gold and silver.  He prefers physical silver because it is easier to exchange for goods or services if the system breaks down.

Hugo Salinas-Price, born in 1934, is a successful, retired businessman who lives in Mexico. Salinas-Price has been a follower of the Austrian School of Economics since his youth. Salinas-Price has written three books in Spanish on how and why silver should be instituted as money in Mexico, in parallel with paper money, and numerous related articles in English and Spanish. Hugo Salinas-Price is the founder of Mexico’s Elektra retail chain.