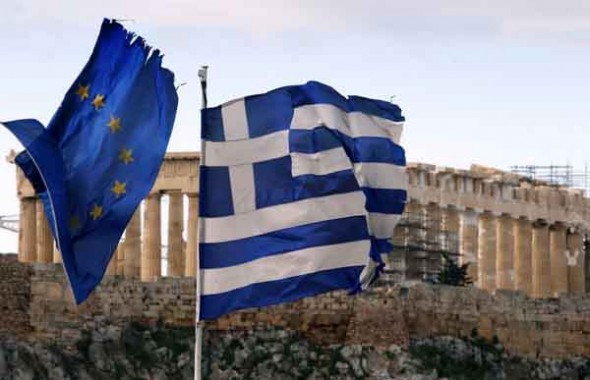 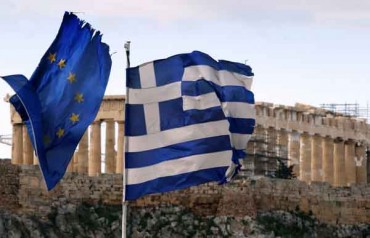 This started last week, but it’s now becoming a hot trend: It’s no longer taboo to talk about Greece leaving the Eurozone.

The FT is running a story about how central bankers are now, increasingly discussing it openly.

Bloomberg is also quoting various finance officials around Europe saying the same thing, that a Greece exist is not desirable but possible.

The recent cover from Der Spiegel, titled Akropolis Adieu, also shows how the idea of Greece leaving the Euro has permeated mainstream thinking.

Bottom line: Between Greece bickering internally, and serious people in Europe talking about how the Eurozone could handle a Grexit, the country’s position is looking more and more tenuous.

The two main things keeping it in: Eurozone membership is extremely popular in Greece. AND people think that an actual departure would be horrible for Greece and the rest of Europe, possibly leading to the collapse of the Eurozone altogether.

The fact that its departure would be such a nightmare seems to be why people still don’t think it will happen.

Paul Krugman has a gloomy post this evening explaining how quickly the whole Euro could unravel.

2. Huge withdrawals from Spanish and Italian banks, as depositors try to move their money to Germany.

3a. Maybe, just possibly, de facto controls, with banks forbidden to transfer deposits out of country and limits on cash withdrawals.

3b. Alternatively, or maybe in tandem, huge draws on ECB credit to keep the banks from collapsing.

4a. Germany has a choice. Accept huge indirect public claims on Italy and Spain, plus a drastic revision of strategy ? basically, to give Spain in particular any hope you need both guarantees on its debt to hold borrowing costs down and a higher eurozone inflation target to make relative price adjustment possible; or:

And we?re talking about months, not years, for this to play out.

This might be extreme, but it might not be, but the key is that it would be a Greek departure that would set it all off. A country leaving the Eurozone would have terrible consequences, which everyone realizes, and actually that part of the reason that investors don’t think it’s going to happen — because it would be so bad.