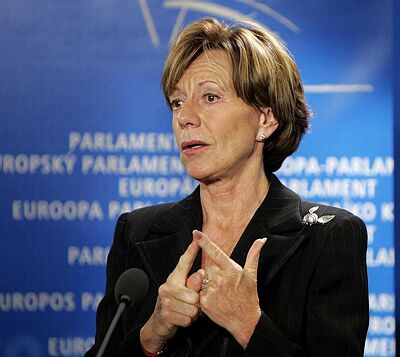 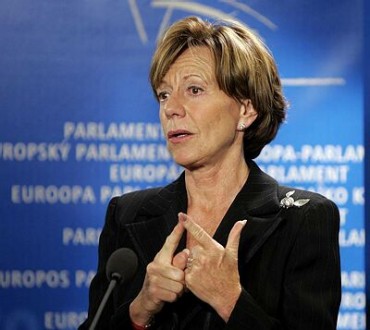 While the international ACTA treaty and United States? CISPA legislation are setting the stage to clamp down on the world wide web, technocrats are working overtime to try to pin down your identity and make sure all your activities are thoroughly monitored and under control.

The European Union is now moving to create a mandatory electronic ID system for all EU citizens that would be implemented across Europe to standardize business both online and in person, authenticating users via a common ?electronic signature.? A single authenticating ID would guard access to the Internet, online data and most commerce. It is nothing short of an attempt to phase in a Mark of the Beast system, and a prominent Bilderberg attendee is behind the scheme.

Neelie Kroes is the EU?s Digital Agenda Commissioner, and is introducing legislation she hopes will force ?the adoption of harmonised e-signatures, e-identities and electronic authentication services (eIAS) across EU member states.?

The extent of such a system would, of course, expand over time, particularly as many EU nations have resisted the big government encroachment of ID requirements on civil rights grounds, which even now smack of the Nazi regime?s draconian ?papers please? policies that empowered their other avenues of tyranny. According to EurActiv.com, Neelie Kroes would later ?widen the scope of the current Directive by including also ancillary authentication services that complement e-signatures, like electronic seals, time/date stamps, etc,? as the supra-national body attempts to corral more nations into participation.

This big brother system will be implemented in Europe first and later pushed in North America and the remainder of the globe, as the world is nudged step by step towards a total cashless control grid in the name of ?safe, verifiable commerce,? and of course, in the name of ?security.? Never mind that the plan would invite the hacking of identities and fast track forgeries. In the case of Europe, special emphasis is placed in part on ?establishing a truly functioning single market? ? part of the larger EU goal even now floundering.

Neelie Kroes has been a long term Bilderberg attendee, showing up annually since 2005. She was on the official list for the 2006 meeting in Ottawa, Canada, then the 2007 meeting in Istanbul, Turkey, 2008 in Chantilly, Virginia, 2009 in Vouliagmeni, Greece and 2010 in Sitges, Spain as a delegate from the European Commission.

But in 2011, Kroes came to the table in St. Moritz, Switzerland with a new title: the EU?s Commissioner for Digital Agenda, so obviously now seeing development on that agenda was not unexpected. Kroes latest effort will surely be bolstered during the 2012 meeting now just days away.

It dovetails with the creation of US CYBERCOM in recent years and the appointment of NSA head Gen. Keith Alexander, who also meets annually at Bilderberg, to wage offensive cyberwar across the globe. Further, technocrats from Silicon Valley and other locales have also converged around the secretive meetings to coordinate their developments with emerging regulations, new Internet laws and treaties, and to further the data mining efforts of the clandestine intelligence communities they work with.