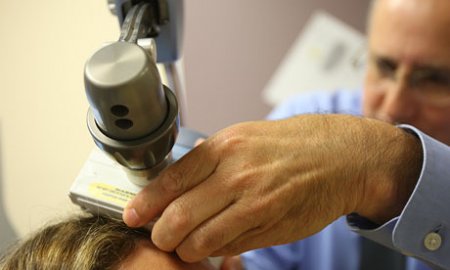 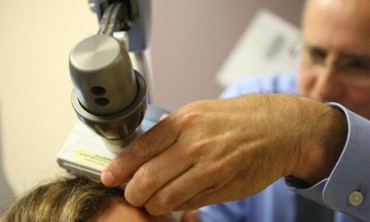 Joseph Candel: In the Book of Revelation we can read about the nature of the coming surveillance and economic system being set up all around the globe: ?And he causeth all, both small and great, rich and poor, free and bond, to receive a mark in their right hand, or in their foreheads: And that no man might buy or sell, save he that had the mark, or the name of the beast, or the number of his name. Here is wisdom. Let him that hath understanding count the number of the beast: for it is the number of a man; and his number is Six hundred threescore and six.? (Revelation 13:16-18)

In this modern technology-driven world, the Mark of the Beast makes a lot of sense as a microchip in the hand or forehead. The fact that the chipping is already being used for payment and is implanted in the body sets it apart from other candidates for the Mark of the Beast. Some suggest that a microchip will be implanted in the forehead and networked for some type of mind control.

The scientific research in neurobiology makes mind control possible and the following BBC article tells us about yet another discovery in this area:

Scientists have shown they can change people’s moral judgements by disrupting a specific area of the brain with magnetic pulses.

They identified a region of the brain just above and behind the right ear which appears to control morality.

And by using magnetic pulses to block cell activity they impaired volunteers’ notion of right and wrong.

The small Massachusetts Institute of Technology study appears in Proceedings of the National Academy of Sciences.

Lead researcher Dr Liane Young said: “You think of morality as being a really high-level behaviour.

“To be able to apply a magnetic field to a specific brain region and change people’s moral judgments is really astonishing.”

The key area of the brain is a knot of nerve cells known as the right temporo-parietal junction (RTPJ).

The researchers subjected 20 volunteers to a number of tests designed to assess their notions of right and wrong.

In one scenario participants were asked how acceptable it was for a man to let his girlfriend walk across a bridge he knew to be unsafe.

After receiving a 500 millisecond magnetic pulse to the scalp, the volunteers delivered verdicts based on outcome rather than moral principle.

If the girlfriend made it across the bridge safely, her boyfriend was not seen as having done anything wrong.

In effect, they were unable to make moral judgments that require an understanding of other people’s intentions.

Previous work has shown the RTPJ to be highly active when people think about the thoughts and beliefs of others.

Read more: Morality is modified in the lab