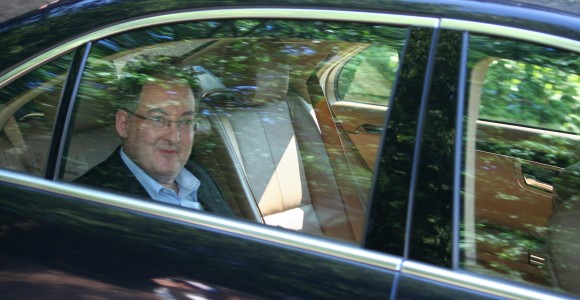 Those who serve the Antichrist, either consciously or unwittingly, are lining things up for the grand entrance of this false savior. Whether it?s through economic upheavals, war, ecological disasters brought on by the mishandling of the world?s resources, or technological advances, it?s all heading in the same direction and furthering the same evil purpose: to cause chaos and the ?distress of nations? (Luke 21:25) and set the stage for the Antichrist?s takeover. (Joseph Candel) 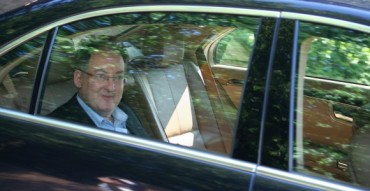 Financial Times writer Gideon Rachman was in attendance at this year?s 2012 Bilderberg Group conference, no doubt to further the agenda he advanced in a December 2008 FT article in which he argued that ?everything is in place? for a dictatorial world government to be imposed by a technocratic elite.

Rachman was spotted entering the conference in Chantilly Virginia by London Guardian journalist Charlie Skelton. In his 2008 article And now for a world government, Rachman admitted that the elite?s plan for a global government was inherently undemocratic in nature.

?International governance tends to be effective, only when it is anti-democratic,? he wrote, citing the continual rejection of EU expansion when the question is put to a vote. ?In general, the Union has progressed fastest when far-reaching deals have been agreed by technocrats and politicians ? and then pushed through without direct reference to the voters,? added Rachman.

Rachman?s world government would function like the European Union. ?It would be an entity with state-like characteristics, backed by a body of laws. The European Union has already set up a continental government for 27 countries, which could be a model. The EU has a supreme court, a currency, thousands of pages of law, a large civil service and the ability to deploy military force,? he wrote.

In addition, the authoritarian global government would impose ?A legally binding climate-change agreement negotiated under the auspices of the UN and the creation of a 50,000-strong UN peacekeeping force,? according to Rachman.

Rachman also notes that such an agenda would have to be established through euphemistic language to avoid ?people reaching for their rifles in America?s talk-radio heartland?.

The FT writer explained how the imposition of world government was now ?plausible? because it could be more easily justified by the financial crisis, ?global warming? and the ?global war on terror.?

Rachman?s 2008 call for authoritarian technocrats to be put in charge of the global economy in preparation for the official birth of global government is now well on its way to completion, with the economies of France, Ireland, Germany, Belgium, Italy, Greece, along with the IMF and the European Central Bank, all under Goldman Sachs banker occupation.