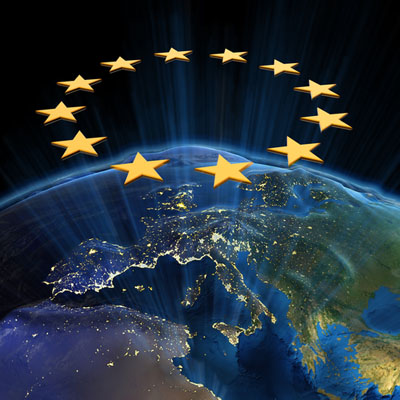 People are reluctant to give up their personal freedoms and countries are reluctant to give up their sovereignty. Before they accept a one-world government, the situation will have to be pretty desperate. That?s why, when the time is right, those backing the Antichrist will push the world over the brink into economic collapse. Then, once the world is in economic ruin, the Antichrist?s agents will call for their superman, the Antichrist, to put a stop to the chaos he and his have staged. They will offer to bail out the world and thus bring about a brief period of world peace and stability. (Joseph Candel) 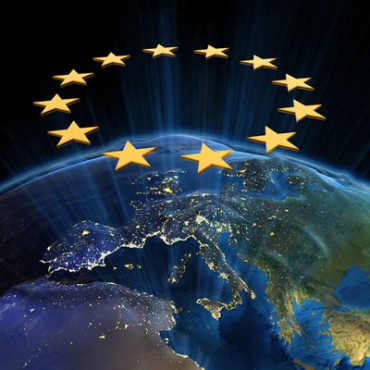 European leaders are edging closer to a federal union in response to the financial crisis engulfing the Continent.

In crisis talks yesterday, Britain and the US joined forces to urge Germany to create a central Brussels body that could assume sovereignty over individual countries? budgets and fiscal policies.

There is growing frustration in London and Washington at Germany?s reluctance to take steps towards a single economic government and put its vast resources behind the struggling countries in the eurozone.

Their fears were aired yesterday in a conference call between finance ministers from the G7 group of leading nations.

Four EU leaders have been asked to draft proposals for a deeper eurozone fiscal union, to be presented to an EU summit at the end of this month.

Senior Tory MPs are to press David Cameron to hold a referendum on Britain?s future in Europe if the moves go ahead.

They insist the Government must seek a mandate from voters to demand that key powers are repatriated from Brussels to Westminster in exchange for agreeing to treaty changes that would allow eurozone countries to pool sovereignty.

They fear a core eurozone, led by Germany, would be in a powerful position to push whatever policies it wanted affecting the rest of the 27-member EU.

The Prime Minister and Chancellor George Osborne have long argued that a single currency can only work if the eurozone creates an effective fiscal union.

They believe that for any single currency to work, richer areas must pay to support poorer ones.

Britain would stand outside any such arrangement, and Mr Cameron refused to sign a treaty taking more tentative steps towards a fiscal union last year.

But senior Conservatives say such a move would so fundamentally alter the balance of power and daily running of the EU that a referendum would have to be offered to determine whether British voters wanted to remain in Europe?s ?slow lane?.

Up to ten chairmen of Commons select committees are understood to be preparing to call for a popular vote on Britain?s future place in the EU if a fiscal union goes ahead.

Some believe Britain should leave the EU in such circumstances, while others argue that a demand for a looser relationship with Brussels would be given greater force if endorsed in a referendum.

Conservative MP Bernard Jenkin, chairman of the public administration select committee, said: ?Clearly the European Union becoming a federation which expressly does not include the UK is a dramatic change in the terms of our relationship with our EU partners.

?The Government needs to lay its demands on the table so British law and British taxpayers? money are both protected by a sovereign UK Parliament.
?Any new arrangements should be subject to a referendum.?

The Coalition has changed the law to ensure that no more powers can be passed from Westminster to Brussels without a referendum. But it is far from clear that one would be triggered if the eurozone countries decide to pool sovereignty.

German Chancellor Angela Merkel confirmed this week that measures to create a closer union for countries in the euro were being considered.

?The world wants to know how we see the political union in complement to the currency union,? she said.

?That requires an answer in the foreseeable future and Germany will be a very constructive partner.?

Berlin does not expect to take final decisions on strengthening economic policy coordination until March 2013, with only a ?roadmap? being agreed at the Brussels summit this month.