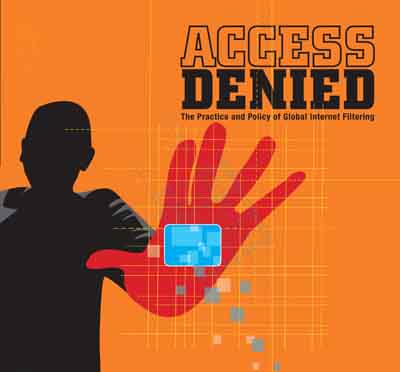 With all this technology in the hands of increasingly ungodly men, the world is playing directly into the hands of the Antichrist and his authoritarian One World Government that promises ?technology and security for all??but surveillance and control as well. (Joseph Candel) 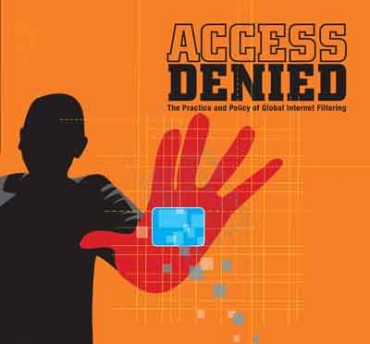 A proposal that has the support of China, Russia, India, Brazil, Saudi Arabia and Iran would give control of the Internet to the UN?s International Telecommunication Union. This is perhaps the greatest threat to the free and open Internet that we have seen yet.

At a UN conference in Dubai this upcoming December, representatives from 193 nations will debate this proposal. The United States and many European nations are firmly against this proposal, but it is unclear whether they have the votes to stop it.

Unlike the Security Council, there are no vetoes when it comes to ITU proceedings. So the United States may not be able to stop governance of the Internet from being handed over to the United Nations.

The United States could opt out of any new treaty, but that would result in a ?balkanized? Internet. If the UN gains control over the Internet, you can expect a whole new era of censorship, taxes, and surveillance. It would be absolutely catastrophic for the free flow of commerce and information around the globe.

Unfortunately, many repressive regimes are very dissatisfied with how the Internet is currently working and they desperately want to be able to use the power of the UN to tax, regulate and censor the Internet.

Needless to say, that would be a disaster. International control over the Internet would be a complete and total nightmare and it must be resisted.

Top Internet experts are sounding the alarm bells about this proposal as well.  The following comes from a recent CNET article….

Vint Cerf, Google’s chief Internet evangelist, co-creator of the TCP/IP protocol, and former chairman of ICANN, said the ITU meeting could lead to “top-down control dictated by governments” that could impact free expression, security, and other important issues.

“The open Internet has never been at a higher risk than it is now,” Cerf said.

Sadly, the United States cannot block this from happening.  As an article by Robert M. McDowell explained, all it is going to take for this proposal to be accepted is for a simple majority of the 193 UN members states to agree to it….

Regulation proponents only need to secure a simple majority of the 193 member states to codify their radical and counterproductive agenda. Unlike the U.N. Security Council, no country can wield a veto in ITU proceedings.

Once the ITU gains control, the United States and other nations could attempt to “opt out”, but that would create a “balkanized” Internet that would be much different than what we have today.

The powers that would be given to the ITU under the current proposal would be extraordinary.  A recent article in the Wall Street Journal summarized some of the powers that the ITU would be granted….

? Allow foreign phone companies to charge fees for “international” Internet traffic, perhaps even on a “per-click” basis for certain Web destinations, with the goal of generating revenue for state-owned phone companies and government treasuries;

? Impose unprecedented economic regulations such as mandates for rates, terms and conditions for currently unregulated traffic-swapping agreements known as “peering.”

? Establish for the first time ITU dominion over important functions of multi-stakeholder Internet governance entities such as the Internet Corporation for Assigned Names and Numbers, the nonprofit entity that coordinates the .com and .org Web addresses of the world;

? Subsume under intergovernmental control many functions of the Internet Engineering Task Force, the Internet Society and other multi-stakeholder groups that establish the engineering and technical standards that allow the Internet to work

Some members of the U.S. Congress are deeply concerned that ITU control over the Internet would also open the door for oppressive global taxation of Internet companies….

“Google, iTunes, Facebook, and Netflix are mentioned most often as prime sources of funding,” McDowell said. Added Rep. Anna Eshoo, a California Democrat whose district includes Facebook’s headquarters, many countries “don’t share our view of the Internet and how it operates.”

A lot of smaller nations are supporting this proposal because of the money it could mean for them.

Many developing nations see international control over the Internet as a potential revenue bonanza as a recent CNN article explained….

Also pushing for international controls are developing countries hungry not only for political control, but also for new sources of revenue. (Allowing foreign phone companies to collect fees on international traffic is one proposal under discussion.) Grenell, who saw the regulatory effort spring up from the beginning a decade ago, notes that developing countries at the U.N. “get excited about taking up global issues that will give them more control and influence over commerce, that require businesses to seek their input and approval.”

But taxation would not be the greatest threat to the free and open Internet.

Censorship would potentially be an even greater threat.

Do you really want China, Russia, Saudi Arabia and Iran to be involved in setting standards for what is “acceptable” communication over the Internet?

In China, Internet censorship has become an art form.

For example, check out the new regulations that were recently imposed on Chinese “microbloggers”….

A five-strikes-and-out rule will see anyone posting five tweets on “sensitive” subjects have their account on Sina’s Weibo suspended for 48 hours.

Anyone whose posts continue to irk the censors could then have their accounts closed permanently.

The code of conduct, which bans the spread of “state secrets”, “false information”, and anything that harms “national unity” went into force on Monday.

Don’t think that it can’t happen.  The following excerpt from a recent CNET article should be sobering for all of us….

In 2008, CNET was the first to report that the ITU was quietly drafting technical standards, proposed by the Chinese government, to define methods of tracing the original source of Internet communications and potentially curbing the ability of users to remain anonymous. A leaked document showed the trace-back mechanism was designed to be used by a government that “tries to identify the source of the negative articles” published by an anonymous author.

Do you want China to be able to identify and locate you every time you say something bad about them on the Internet?

As I have written about previously, governments all over the world already use the Internet to spy on all of us.

How much worse would Internet surveillance become if the United Nations was in charge?

If the United Nations gets control over the Internet, that will be a giant step toward the United Nations becoming a true world government.  The Internet has become an essential part of our daily lives, and allowing the UN to govern it would give them an extraordinary amount of power over all of us.

Please do what you can to raise awareness about this potential UN takeover of the Internet.  Hopefully we can raise enough of a fuss that the UN will back down for a while.

The UN Wants Complete Control Over The Internet And That Would Mean Unprecedented Censorship, Taxes And Surveillance
http://endtimeinfo.com/2012/06/the-un-wants-complete-control-over-the-internet-and-that-would-mean-unprecedented-censorship-taxes-and-surveillance/
freedom of thoughtInternet censorshipInternet freedomInternet IDInternet kill switch
Previous ArticleFluoride Used by Nazis to Sterilize Inmates and Make Them DocileNext ArticleSan Francisco to Get Pre-Crime Surveillance Cameras