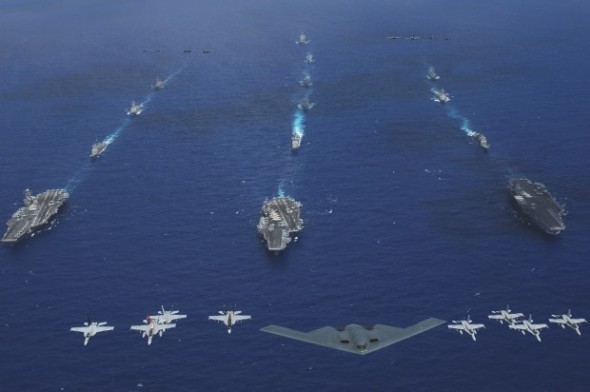 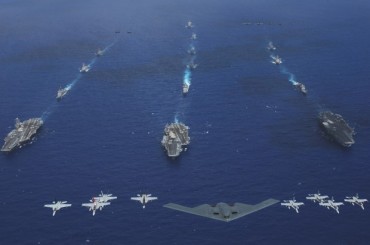 Following a story published in The Telegraph reporting an armada of U.S. and British ships amassing in the Persian Gulf, a top commander in Iran?s Revolutionary Guard warned Sunday that ?nothing will remain? of Israel if his country is attacked.

?Our response to Israel is clear: I think nothing will remain of Israel (should it attack Iran). Given Israel?s small land area and its vulnerability to a massive volume of Iran?s missiles, I don?t think any spot in Israel will remain safe,? said Gen. Mohammad Ali Jafar.

He also said Iran would close down the Strait of Hormuz, strike U.S. bases in the Middle East, and withdraw from the Nuclear Non-Proliferation Treaty.

?The US military bases sprawled around Iran are considered a big vulnerability. Even the missile shields that they have set up, based on information we have, could only work for a few missiles but when exposed to a massive volume of missiles, the shields will lose their efficiency and will not work,? he explained.

According to The Telegraph, leaders in the West are certain Iran will move to close down the Strait of Hormuz if its nuclear facilities are attacked. Approximately 35 per cent of the world?s oil supply currently moves through the Strait.

?If a war breaks out where one side is Iran and the other side is the West and U.S., it?s natural that a problem should occur in the Strait of Hormuz. Export of energy will be harmed. It?s natural that this will happen,? said Ali Jaffer.

The newspaper reports warships from more than 25 countries, including the United States, Britain, France, Saudi Arabia and the UAE, began a 12-day exercise on Saturday in the Gulf. The multi-national force includes three US Nimitz class carrier groups hosting more aircraft than Iran?s entire air force.

The war game is the largest ever conducted in the region. It will concentrate on breaking an Iranian blockade of the Strait of Hormuz and perform drills to counter Iranian mining.

In October, Iran will stage its own exercises in the Persian Gulf to demonstrate its ability to defend the country against the threat of attack. Iran is showcasing the exercise as the ?biggest air defense war game in the Islamic Republic?s history, and will be its most visible response yet to the prospect of an Israeli military strike,? according to The Telegraph.

During the exercise, Iran will use aerial drones, surface-to-air missiles, and radar described as state-of-the-art. In an effort to ward off an Israeli air attack, the Revolutionary Guard will test the defenses of 3,600 strategic locations around the country.

Sources inside the Obama administration believe an attack is inevitable and will come prior to the election in November.

In late August, it was reported that Israel will strike Iran before the election. Alon Ben-David, described by the Daily Mail as a well-informed military correspondent for Israel?s Channel 10 News, claimed that Israel was ?closer than ever? to a strike against Iran.