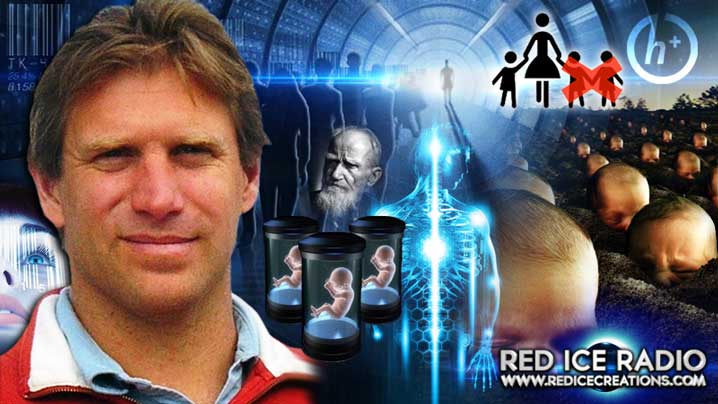 Maybe the solution to all crime is more surveillance and direct control over the minds of all prisoners, anyone marked with violent tendencies and ultimately everyone in society.

That?s what one futurist is proposing, as he runs on a political platform based around psycho-physical state control over mind and body.

Zoltan Istvan, presidential candidate for the Transhumanist Party, thinks that prisoners would be better motivated to obey the law if the death penalty were abolished, and it be replaced by implanting a surveillance brain chip that notify the law and can even deploy a ?tranquiliser triggered to block violent behavior.?

Of course, once it becomes legal to control the brains of one sector of society (convicted criminals), the rest of society may follow, each with their own rationales and justifications that make using spy chips inside the brain somehow acceptable.

It is a scenario ripped straight from the plot of A Clockwork Orange, where the ethics and finer points of behaviorism are put into practice as prison-reform-via-mind-control, in turn packaged neatly for political debates and electioneering. According to theInternational Business Times:

Brain implants able to manage out-of-control tempers and violent actions of prisons were suggested to minimise crime rates in the United States and as alternative for death penalty, according to Zoltan Istvan. The futurist and presidential candidate for the Transhumanist Party, Istvan suggested that the technology could be a near-term alternative for criminals on death row and might be considered sufficient punishment.

?Violent crime is a version of mental disease,? Istvan stated in an article published in Motherboard, suggesting conducting brain alterations to prisoners could change behaviour and attitudes of criminals into decent members of society.  The brain implants would work as a surveillance device that could monitor or possibly control each action of the prisoner with a tranquiliser triggered if violent behaviour is reported or attempted by the inmate.

But, of course, the story isn?t limited to just murderers and the worst violent offenders with career prison sentences.

The full solution proposed here would come only at the hand of further deep-seated government control over the entire population.

Of course. Why not?

No one can ever be safe without giving up total control, right?

Implants should also be put in the brains of law abiding citizens, according to Istvan who is advocating a transhumanist platform for society.

This would serve as an emergency alert to authorities that they are experiencing a trauma (where a crime may be taking place), theoretically cutting back on the number of criminals who would be willing to follow through with the crimes if they knew they?d get caught.

Trauma alert implant should also be in the brain of citizens, a device that sends signal to alert authorities directly from the brain if someone is experiencing trouble or trauma, he proposed. The surveillance enhancement would reduce criminal rates rapidly in the future, Istvan said.

?If people knew they were going to be caught, crime would drop noticeably ? violent criminals will be caught far more frequently than now, especially if we have some type of trauma alert implant in people,? he said.

?So the technology to change behaviour and alter the brain isn?t science fiction,? he stated. The article indicated that U.S. President Barack Obama?s brain initiative focused to treat the involuntary movements associated with Parkinson?s disease and improving deep brain stimulation or by developing new technology.

Simply formula, really: Keep the status quo, instituted by the power monopoly of the state. Do nothing to change unfair systematic economic and socio-political problems; let known cheats and liars continue to operate a rigged game.

Then, keep tabs on everyone, and push a few buttons to make everyone afraid ? not only to commit crimes and hurt other people ? but afraid to speak out or stand out at all. Right to bear arms? Not a good idea, especially if it means arms in the hands of people who are quick to anger, or capable of violent tendencies at all.

Use a few consumer incentives to keep everyone in line, and keep pushing the pleasure button, the artificial happiness button, and keep the information about what is really going on swept under the carpet so that everyone learns to love their servitude.

Yeah, what else could go wrong?