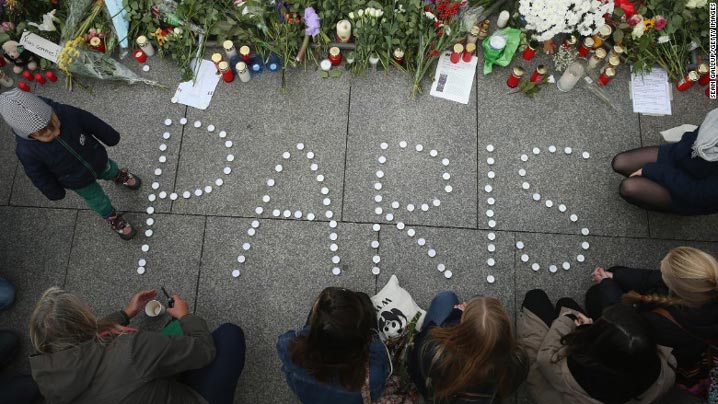 Yesterday, when we explained just how the tragic events in France over the past 48 hours unfolded precisely as we predicted they would two months ago (ironically, as per our post from September 11, 2015) we commented on the oddly fortuitous discovery of an intact Syrian passport found next to the body of one of the suicide bombers, a passport which Greece chimed in as belonging to a Syrian refugee who had entered the country at Leros on October 3, 2015 from where he subsequently travelled all the way to Paris.

Specifically, we said that “we admit to not being experts on the nuances, or even basics, of “suicide bombing for terrorists 101”, but is bringing your own passport to an event that will be your last, really that crucial, especially when the passport is such a critical smoking gun?” 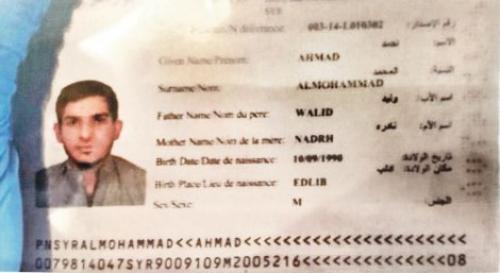 Shortly thereafter, it was Serbia’s turn to join the story of the rogue “Syrian refugee”, when the Serbian newspaper Blic published the picture of the alleged Syrian passport belonging to a 25-year-old man named Ahmed Almohamed, and said he had crossed into the country on 7 October, having arrived four days earlier in Leros, Greece, seeking Serbian refugee status.

Then a Greek newspaper, Protothema, said he was travelling with a second man, Mohammed Almuhamed, and published pictures purporting to show their travel documents. 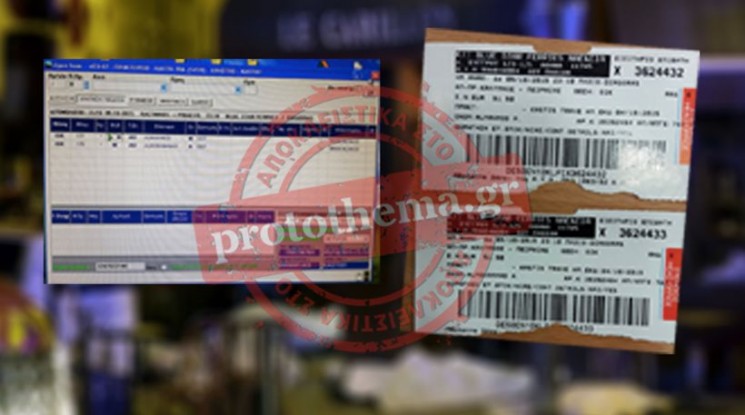 And then a few hours ago, the story took an even more surreal twist when we learned that, according to both French and US sources, the passport was “definitely a forgery.”

Some more details courtesy of IBTimes:

The Syrian passport recovered from near one of the Paris attackers may be fake, a US intelligence official told CBS news. The document did not contain the correct numbers for a legitimate Syrian passport and the picture did not match the name, said the official.

So how to make sense from a story that has drifted from the merely laughable, to the bizarre, to the outright surreal? Guardian’s Patrick Kingsley attempts an explanation:

There are several reasons why it?s worth waiting until all the facts are known before making too strong a link between the attacks and the refugee crisis. The first is a general one: on at least 12 occasions, Isis has actually criticised refugees for fleeing to Europe. ?For those who want to blame the attacks on Paris on refugees, you might want to get your facts straight,? wrote Aaron Zelin, an analyst of jihad, in an online commentary about the 12 outbursts. ?The reality is, [Isis] loathes that individuals are fleeing Syria for Europe. It undermines [Isis?s] message that its self-styled caliphate is a refuge.? It?s therefore unlikely that the vast majority of Syrians fleeing to Europe are Isis supporters, since their actions are in obvious contravention of the group?s creed.

The second reason for caution is more specific. Investigators still need to verify the Syrian passport was carried by an attacker rather than a dead bystander (one Egyptian passport-holder initially believed to be an assailant turned out to be an injured victim). They will then need to be certain that the passport?s carrier was the same as the passport?s legitimate owner.

It?s possible that it was stolen. Since the possession of a Syrian passport makes it easier to claim asylum in Europe, there is a busy trade in stolen Syrian documents. Syrians interviewed on Greece?s border with Macedonia have described how they were mugged for their passports after leaving the Greek islands as they tried to make their way north through the Balkans. Such passports can be sold on for as much as several thousand euros, in a trade that the EU?s border agency acknowledges is a growing problem. Forgeries are also common; a Dutch journalist recently had one made in the name of his prime minister.

A third red flag is the fact that the passport concerned was found in the first place. Analysts find it strange that a bomber would remember to bring his passport on a mission, particularly one who does not intend to return alive. ?Why would a jihadist who expressly rejects all notions of modern citizenship take his passport on a suicide mission?? tweeted Charlie Winter, an analyst focusing on Islamist extremism. ?So it gets found.?

One theory is that Isis hopes to turn Europe against Syrian refugees. This would reinforce the idea of unresolvable divisions between east and west, and Christians and Muslims, and so persuade Syrians that Islamic State?s self-proclaimed caliphate is their best hope of protection. ?You know what pissed off Islamist extremists the most about Europe?? summarised Iyad El-Baghdadi, an activist and jihadi-watcher, on Twitter. ?It was watching their very humane, moral response to the refugee crisis.?

“Whether the passport was planted, stolen, forged or genuine, investigators should find out the truth soon enough. But regardless of what they discover, a wider debate has now begun about the wisdom of letting so many unknown migrants enter Europe through its southern borders, and being allowed to move onwards through the continent with few restrictions. Already, there are calls to step up the policing of Greece?s maritime border with Turkey, and to block the passage of refugees entirely.”

What is becoming clear is that either the passport was planted, or is a fake, or both. But while we agree with the Guardian that this shift in narrative will have an impact against the future flow of refugees into Europe, an even more acute consequence will from the “Syrian” angle will be to “incept” the idea that the entire Paris massacre was the result of events in Syria (and hence, al Assad is directly and indirectly responsible) thus generating goodwill toward a military operation that include a French ground force. In fact, the wheels are already in motion:

France may send its “expeditionary force” to Syria in order to retaliate against ISIL, according to the US-based intelligence firm Stratfor; the group has claimed responsibility for Friday’s terrorist attacks in Paris, which claimed at least 129 lives.

Analysts from the private intelligence company Stratfor believe that France may send its “expeditionary force” to Syria or Iraq in response to the deadly Paris attacks that rocked the French capital on Friday night. They claimed that France has a whole array of options for retaliation “at its disposal”, but that the country’s response will depend on “who was ultimately responsible” for the Friday attacks.

“If it is found that the Islamic State core group was indeed behind the November 13 attack, France will likely ramp up its Syrian air operations,” Stratfor said.

In light of this, Stratfor analysts predicted that France may increase its programs to train and support anti-Islamic State forces in Iraq and Syria, or even to carry out “commando strikes against key leadership nodes.”

“France also has the option of deploying an expeditionary force like it did in the Sahel [region of Africa], although that would probably require outside airlift capacity from NATO allies, especially the United States,” Stratfor pointed out.

And the latest surprise, is that moments ago it was Greece again which claimed that despite allegations to the contrary, the passport was, in fact, real. How it “concluded” this remains a mystery…

… and once again shows that there is a deep political motive on virtually every side to use this human tragedy as a “false flag” event to achieve specific, geopolitical goals.