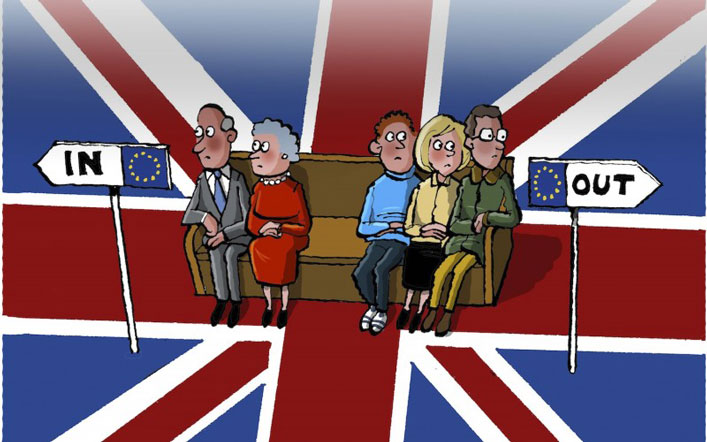 With just over six weeks to go before a referendum, both campaigns to stay in and to leave the EU are stepping up their arguments, with former London mayor, Boris Johnson, due to challenge the prime minister in a speech later on Monday detailing why a British exit, or Brexit, would help the country.

Setting out the security argument for Britain to vote to remain in the EU on June 23, Cameron drew on military history, invoking the memory of war leader Winston Churchill to bolster his case that ?isolationism has never served this country well?.

?I want to show that if you love this country, if you want to keep it strong in the world and keep our people safe, our membership of the EU is one of the tools that helps us to do these things,? Cameron told diplomats and campaigners.

?I?m not arguing that the EU alone has kept the peace in Europe these last 70 seventy years, of course not, NATO has played an absolutely key role ? (but) it?s pretty extraordinary that countries that were fighting and killing each other are now finding a way to work together.?

He warned Britain that it could be exposed to greater threats if voters decided to vote in favor of leaving the EU, underlining the role of security cooperation after dozens were killed in attacks by Islamic State in Brussels and Paris.

The prime minister was careful not to say a departure would cut ties ? an argument criticized by ?Out? campaigners ? but underlined that Brexit would ?make cooperation more legally complex and make our access to vital information much slower?.

He accused ?Out? campaigners of wanting to turn back the clock by hoping that Britain?s departure would trigger the demise of the European Union ? something he said would enhance the power of Russia to meddle in countries in central and Eastern Europe, which were once behind the ?Iron Curtain?.

?Now is a time for strength in numbers. Now is the worst possible time for Britain to put that at risk,? he said. ?Only our adversaries will benefit.?

It was the latest speech by Cameron, who has spent weeks touring Britain, talking to students, workers and other voters to try to win over Britons, who, according to opinion polls, are evenly split on which way to vote at the referendum.

The government, which is divided over whether to stay in the 28-member bloc, previously focused on economic arguments, and Cameron again challenged ?Out? campaigners to show how Britain would be better off if the country left the European Union.