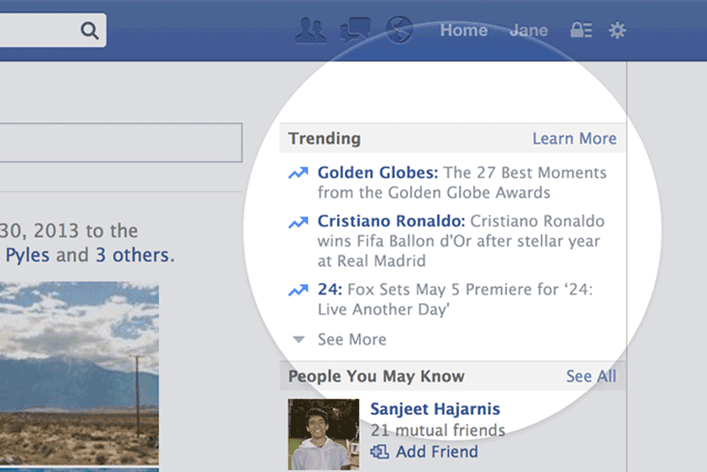 If you’re a regular Facebook user, you will have noticed a column on the right side of the page that is supposed to alert you to trending topics.  The trending topics section is one of the major traffic sources on the web as it gets millions of hits from people wanting to investigate why something might be trending on Facebook.

However, if you are a conservative, chances are you have never seen a trending topic that portrays conservative type issues and values in a positive way and now you will know why.

In an interview with Gizmodo, numerous former curators revealed that they regularly censored conservative news organizations from being included in the section.

At the top of their hit list for blacklisting was The Blaze and Breitbart – two leading conservative news organizations. Instead, they were instructed to “select from a list of preferred media outlets” such as The New York Times, Time and Variety.

Instead of algorithms, which so many other parts of Facebook, Google and other internet based applications use to determine relevancy, Facebook uses ‘curators’ as the gatekeepers of the content  you will see.

“We choose what’s trending,” said one former employee. “There was no real standard for measuring what qualified as news and what didn’t. It was up to the news curator to decide.”

Not surprisingly, the majority of those ‘trending gatekeepers’ are in their 20’s and early 30’s.  This would explain the high amount of trending news related to pop culture that appeals to a younger audience.

Conservatives got a good taste of this censoring and bias when the Planned Parenthood scandal over the harvesting of baby parts broke last summer.  The trending articles all came from liberal sources that played down or defended Planned Parenthood despite having far less traffic, likes and interest than conservative sites.

In fact, Facebook even banned as “abusive” posts from a number of Christian conservative columnists who were posting about the travesty.

According to Russell Moore, a top official with the Southern Baptist Convention, Facebook prevented his organization from sharing the story via Facebook.

Facebook’s censorship of Moore’s post is especially curious, since the only “offensive” aspect of Moore’s post is the very procedure he’s describing: the deliberate murder of a healthy unborn baby in order to harvest its body parts and sell them for profit. There is no profanity.

There is no graphic imagery. Yet Facebook decided that the information was not fit to be posted or shared, based solely on the fact that it came from a conservative source.

Facebook’s deliberate blacklisting of conservative content and conservative outlets serves as a reminder to everyone that you need to be discerning; to take the time to investigate where you get your news.  What you are not being told is just as powerful a bias as the news you are being told.

We hope you will continue to look to Prophecy News Watch as a valuable and reliable source of news content covering current events from a Biblical perspective.