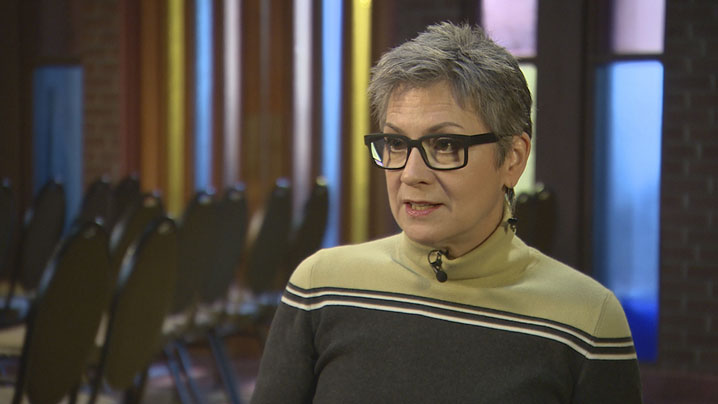 The famously liberal United Church of Canada may have finally found the limit to its own philosophy of inclusion with atheist Reverend Gretta Vosper.

Although Rev. Vosper expressed her disbelief in the God of the Bible in a sermon as early as 2001, it was only in 2013 that she openly proclaimed herself atheist in the pulpit of the West Hill United Church.

As the church services of West Hill United have continued to change, its membership has steadily declined from 324 members in 2001 to only 147 in 2014, the most recent year for which statistics are available.

Since the West Hill congregation no longer includes Christ in their worship, many now question how Vosper and her core of supporters can remain a part of the Church, despite the United Church’s focus on inclusion.

According to the Rev. Don Schweitser, theology professor at St Andrew’s College, “It’s tough on the United Church because we’ve created this mantra of inclusiveness and now it’s been tested.

It goes against the grain to tell somebody that you have to leave.” Yet common sense tells us that any Christian church that embraces atheism in the pulpit is neither Christian nor does it have a future.

In a recent sermon, Rev. Vosper told her flock with no small measure of irony, that it is time that the Christian church abandon “the idolatry of a theistic god.”

To hear such a surreal and illogical sermon from the Rev. Vosper, who was ordained in 1993, a Christian might be excused for thinking that he has crossed over into the realm of satire.

Yet this may be the logical end of a process of extreme liberalization taking place in the Canadian United Church in which all views are accepted.

Andrea DiPede, a spokesperson for the core of supporters who remain with Rev. Vosper, told reporters that “the services are themed around love, justice, compassionate care, responsibility and living in right relationship with ourselves, with others and with the world.”

She went on to say that at West Hill the congregation “doesn’t recognize the Bible as more authoritative than other sources,” and that “some of our members publicly identify as atheists.

We rarely read the Bible in our services, and when we do, we read it alongside other sources of inspiration. We draw from many sources, including novels, journal articles, blogs, poems, nonfiction books, memoirs, videos and music in our services.”

One may wonder if neither DiPede nor Vosper have been told that they in essence now belong to a secular book club rather than a Christian Church.

The current leader of the United Church, or Moderator as he is known, the Right Reverend Jordan Cantwell, described the existential conflict now facing the liberal church as one of a tension in the Church’s basic tenants, “At the heart of the concerns being raised is a tension between two core values, both of which are central to our identity as United Church.

The first is our faith in God. The second is our commitment to being an open and inclusive church.” Perhaps this is why after two years, Rev. Vosper still occupies the pulpit and debate continues as to whether she should be defrocked.

This is not, however, the first time that liberal ideology taken to the extreme has threatened the United Church.

The previous Moderator, when asked in 1997 to describe the United Church’s core doctrine, responded by saying that “theology was difficult to pin down with prose since words of faith are words of poetry, words of heart and words of soul,” and continued by saying, “I don’t believe Jesus was God, but I’m no theologian.”

This, keep in mind, was the highest religious authority in the United Church of Canada. So such rebellion in the ranks should come as little surprise for the declining United Church whose membership has dwindled from its peak of 1,063,951 in 1964 to just 436,292 in 2014.

A sharply divided committee deciding Rev. Vosper’s fate within the church recently issued a report that stated, “In our opinion, she is not suitable to continue in ordained ministry because she does not believe in God, Jesus Christ or the Holy Spirit.

Ms. Vosper does not recognize the primacy of scripture, she will not conduct the sacraments, and she is no longer in essential agreement with the statement of doctrine of The United Church of Canada.” Should this not be enough to remove her from her post?

Perhaps a common church member, Pamella Fell, stated the case best when she wrote on the Church’s website, “My understanding is that the United Church of Canada is a ‘Christian’ church based on the teachings of Jesus Christ. Why, why, why is she still with the UCC if she isn’t a Christian?”

The average churchgoer balks in the face of such liberal illogic as an atheist minister but this is unfortunately the final stage of the far-left liberal movement in Christian churches.

There may not exist any clearer demonstration of the need for conservative beliefs than the example of the United Church that opened its doors so wide that it included not only other religions but atheism itself.

It is not certain whether Rev. Vosper will be expelled from the Church and replaced in her post, hopefully by a Christian minister, but the trend of liberalism that ends in atheism is not likely to die with her.

This is what happens what Christ is removed from Christianity.