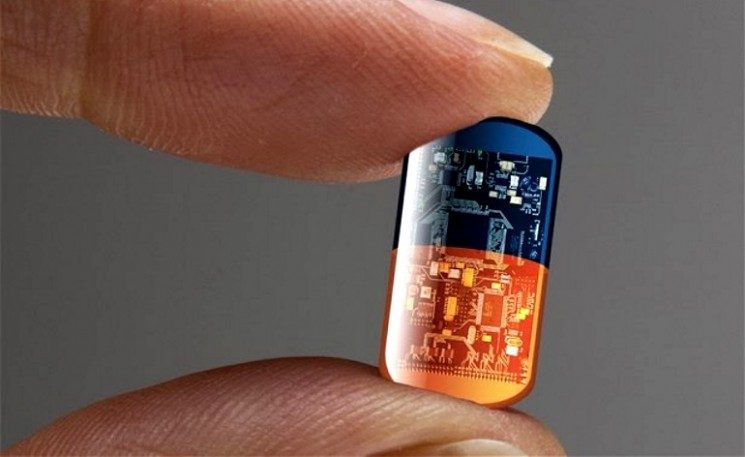 Microchipping of animals for medical and tracking experiments has gradually become acceptable, but humans?  Whoa, not so fast!  Privacy proponents, conspiracy theorists and faith-based groups have consistently warned of the dangers from their various viewpoints.

And yet, those nagging concerns are slowly fading, as people become conditioned to embracing the attendant security and convenience while shrugging off the risks.

This transition has been made easier by a subtle but powerful change in strategy that fights the psychological barriers: microchip implants for human beings are now being marketed as enhancements to the human body; the creation of a ‘superman’, of sorts.

And this change in approach seems to be working. In a recent report, organicandhealthy.org described Australia as the first country to begin microchipping its population. As recounted in the report, back in 2010 CBS news reported that the Australian government had a potential RFID microchipping plan in the works related to the health care system.

Now, as this plan begins to unfold, the push is not a result of mandated health care reforms, but rather a clever propaganda campaign that equates RFID microchipping with becoming superhuman, and people are begging for it.

Under the headline ‘Australians embracing super-human microchip technology’, Australia’s premier media outlet news.com.au (News Corp Australia) reports:
<blockquote>”It may sound like sci-fi, but hundreds of Australians are turning themselves into super-humans who can unlock doors, turn on lights and log into computers with a wave of the hand”.

Shanti Korporaal from Sydney, is at the centre of the phenomenon after having two implants inserted under her skin. Now she can get into work and her car without carrying a card or keys, and says her ultimate goal is to do away with her wallet and cards completely.

The microchips, which are the size of a grain of rice, can act like a business card, transfer contact details to smartphones and hold complex medical data.

In her interview with the Australian news outlet, Shanti claims that her friends and family are envious of her microchip lifestyle: “My nana wants one. I’ve had more opposition to my tattoos than I’ve ever had to the chip. My friends are jealous”.</blockquote>
In fact, the 27-year-old has noticed a business opportunity and set up a distribution service called Chip My Life with her husband, Skeeve Stevens where for just $80 to $140, people can become so called “super-humans.”

Shanti has bought into the culture that dominates her society today, dominated by the fantasy of super heroes that mesmerizes the population at theaters all across the globe.

Shanti has bought into the culture that dominates her society today, dominated by the fantasy of super heroes that mesmerizes the population at theaters all across the globe.
<blockquote>”Ever since watching movies like the Terminator, Matrix and Minority Report I wondered if we could actually live like that. I always wondered why we all weren’t living as ‘super-humans'”.</blockquote>
On the same day this news story broke, Shanti appeared at Australia’s launch of the much-anticipated cyborg-themed video game Deus Ex Mankind Divided, alongside American implantable technology pioneer Amal Graafstra.

Graafstra, who became one of the world first RFID implantees back in 2005, just made headlines recently in the US with a prototype of the world’s first implant-activated smart gun and is a huge proponent for this new technology.

In an interview with the Australian media outlet, he explained that the technology he has implanted into his body has “given me the ability to communicate with machines. It’s literally integrated into who I am.”

The price for that could very well be: whose do you then become? The report goes on to warn: “…but clearly if you become part machine/computer that means there will be someone who can control that technology.

If you think the elites wouldn’t capitalize on such an exceptional opportunity to control the population you obviously don’t know history very well”.

That may sound alarmist, but it’s clear from other corroborative sources that the technologies do exist and are constantly being advanced in the name of greater privacy and security.

A recent report published in futurism.com authored by Dom Galeon points to research from the University of Washington that has developed a way to send wireless signals between a person’s hands, and they’re calling it on-body transmission.

According to the study by Vikram Iyer, Mehrdad Hessar, and computer science and engineering assistant professor Shyam Gollakota, to utilize this new method of data transfer, the user must have one hand on a screen or a touchpad, while the other hand touches a smart device, e.g. a door to their house or car.

The device’s fingerprint sensor or touchpad generates a low-frequency electromagnetic transmission that can then travel through the user’s body to the smart device they are touching with their other hand.

Through this new method, data is still transferred wirelessly, but via a more confined and secure manner. The study reports sending data at rates of 50 bps on laptop touchpads and 25 bps with fingerprint sensors, which is fast enough to send passwords within a few seconds.

Eventually, the technology could be used to transfer information to wearables or to coordinate a network of body sensors.

Besides Australia, the United States has already had its fair share of microchipped individuals. A report by Chris Stein for CBS news in the month of June highlighted some examples.

Minnesota software engineer, Tim Shank, had his dogs implanted with GPS chips in case they got lost. Now, he has a chip of his own.
<blockquote>”This is an NFC chip, so it’s similar to what phones have nowadays,” he told CBS News of the chip inside him. Shank had a small incision made in his finger so the tiny chip, which emits low frequencies, could be inserted inside.

He programmed the chip to open his smart lock at home and control his smartphone. “It turned off my ringer,” Shank showed off.</blockquote>
Maura Gillan for the dailynebraskan.com similarly noted how student Johnathan Carlson had an RFID chip implanted into his hand by a Lincoln tattoo artist. Carlson is a freshman computer and electrical engineering double major at the University of Nebraska-Lincoln.

He said the original plan was to get a magnet implanted in his finger to detect magnetic fields, but with more research Carlson saw the practicality of getting an RFID chip. “It has unlimited applications,” he said. “It’s just a matter of where is it already been implemented and where am I willing to implement it.”

By programming the chip to hold an intricate password and installing scanners where needed, Carlson said he plans to use the chip to open websites, unlock his laptop or even open the doors of his future home.

He chose to place the implant in his left hand in the fleshy space between his pointer finger and thumb. In the future, Carlson said he’s looking to get another chip. The second would be a near-field communication chip.
<blockquote>”NFC chips typically can hold more information than RFID,” Carlson said. “NFC could program to hold my contact information or the entire app of Flappy Bird.”</blockquote>
The implantation is a very simple process. The capsule is injected via needle and doesn’t require any stitches. Carlson said he approached 15 different piercing places before piercing artist Matt Bavougian of Onyx Piercing studio agreed to do the procedure.
<blockquote>”The chip is classified as a piercing in the state of Nebraska,” Bavougian said. “It varies from state to state. It’s kind of like doing an earlobe.”</blockquote>
Bavougian said so long as the task is within legal boundaries and the client expresses general understanding of the process, he’s willing to perform the piercing.

Carlson, like many others, also bought his chip online from Amal Graafstra’s Dangerous Things, a biohacking company that specializes in implantable devices. 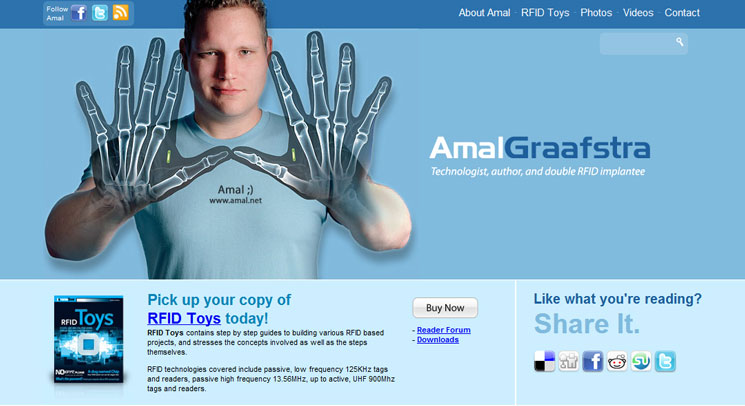 Unlike these body implant options, most other biometric options work externally. However, where feasible such advances tend to work together with, or alongside, other similar biometric advances that promise better security and/or enhanced privacy, at least on the surface.

The report starts by presenting the industry overview section of facial recognition biometrics, a technology utilized for the authentication and identification of individuals by photographing their facial images. It then quantifies the facial features and matches them with the templates already stored within a database.

Facial recognition biometrics technology is highly preferred over other biometric methods such as fingerprint, voice, and iris recognition. This demand is owing to its non-intrusive nature, meaning that this technology doesn’t require any kind of physical contact with an apparatus.

As per this report, the facial recognition biometrics technology is employed in a number of applications such as consumer electronics, banking and finance, defense, residential, commercial security, and government.

The rising global concerns with security owing to increasing crime rates, such as illegal immigration, terrorist attacks, and financial frauds will also fuel the growth of this market. However, it could experience a setback owing to increasing privacy issues such as misuse of personal data involved in the usage of facial recognition biometrics.