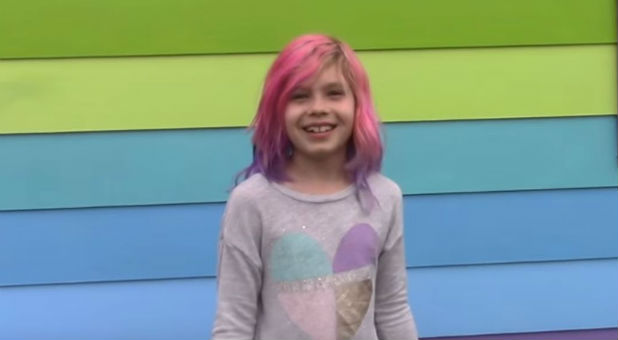 The American College of Pediatricians is speaking out against National Geographic’s decision to put a 9-year-old on their January cover who identifies as a transgender.

The magazine, which has been in publication for 128 years, made headlines when it decided to highlight what it called “the gender revolution” in its January 2017 issue. The issue displayed pictures and a story of a 9-year-old boy named Avery, whose parents say he identifies as a girl.

American College of Pediatricians president Michelle Cretella said that National Geographic is “promoting a political agenda over science and the wellbeing of innocent children” by displaying the young child as the face for their first ever transgender cover.

“Affirming so called transgender children means sterilizing them as young as 11-years-old,” Dr Cretella told Lifesite News. “Puberty blockers plus cross-sex hormones causes permanent sterility. And biological girls who ‘transition’ to male by taking testosterone may have a double mastectomy at age 16. The life time use of cross-sex hormones also puts these children at risk for stroke, heart disease, diabetes, cancers and more.”

Cretella says that enabling a young child to become a transgender is harmful and based on illogical reasoning. “When a child under the age of 12 thinks they are the opposite sex and is allowed to naturally pass through puberty, 75%-95% of the time that child will accept his or her biological sex by the late teen years.”

She also added that the American College of Pediatrician’s position is that medical facilities supporting a child’s “transgenderism” is basically child abuse.

“When academic, medical and other public institutions propagate the lifetime use of toxic hormones and the surgical removal of healthy body parts as healthcare for children, they are engaged in institutionalized child abuse,” Cretella said.

Pediatrician group speaks out against National Geographic’s 9-year old ‘trans’ cover
http://endtimeinfo.com/2017/01/pediatrician-group-speaks-out-against-national-geographics-9-year-old-trans-cover/
deceptionhomosexualitysame sex marriageTrans-Pacific Partnerség
Previous ArticleMuslims In Aleppo Meet Christians For The First Time – And Are Shocked By What They DiscoverNext Article‘Fixer Uppers’ Strike Back Against BuzzFeed Bullying