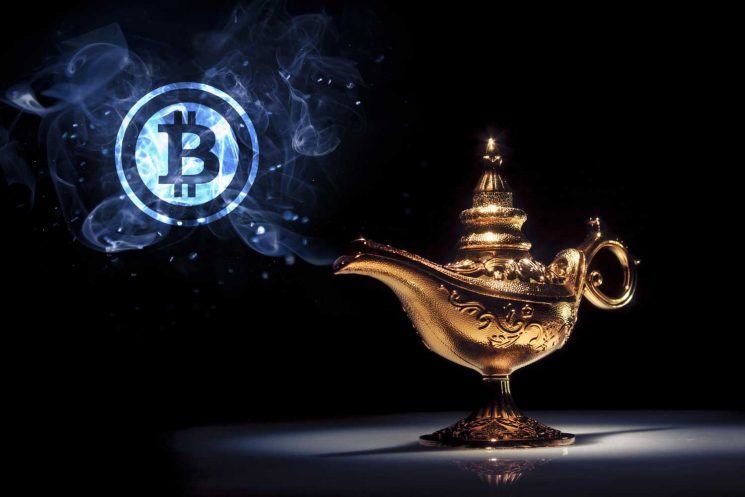 Riksbank, Sweden’s central bank, is taking a serious look at Bitcoin. As cash use plummets and the amount of currency in circulation dwindles, central banks are looking to cryptocurrencies as government-backed money.

In Sweden, the number of banknotes and coins in circulation has fallen to its lowest level in three decades. Riksbank estimates that cash transactions made up only 15 percent of all retail transactions last year. That number is down from 40 percent in 2010, thanks in large part to massively popular mobile payment services. That leaves the bank wondering if a technology similar to that of Bitcoin’s could be implemented in Sweden.

Riksbank isn’t the only central bank taking a serious look at blockchain, the technology that makes Bitcoin and other cryptocurrencies run. These systems, also called distributed ledgers, rely on networks of computers, rather than a central authority like a bank, to verify and record transactions on a shared, virtually incorruptible database. Government bankers across the world believe this has the potential to replace cash and make other payment systems more efficient. – Technology Review

Riksbank is investigating not only distributed-ledger technology (which it describes as unproven yet “progressing incredibly rapidly”) but also traditional, centralized accounting methods for its “e-krona” (pdf) project. Many central banks are looking into this type of currency, but Sweden appears to be at the forefront of the movement.

According to Rod Garratt, an economics professor at the University of California, Santa Barbara, a cryptocurrency that’s available to all consumers “opens up a whole host of issues” and would pose new challenges for makers of monetary policy.

First, there’s the question of who, exactly, should verify the transactions and maintain the distributed ledger. Even if that’s solved, the new system would be, in a sense, too streamlined, making it easier for bank runs to occur in a moment of crisis or panic. In most current financial systems, large-scale withdrawals of funds are naturally slowed by the time it takes for a central bank to produce the paper money people are demanding. But if the currency is purely digital, no such brakes exist—a panicked citizenry could empty their accounts almost instantly, leaving an entire country’s banking system all but penniless.

A new journal article (pdf) published by the Bank of International Settlements, a kind of central bank for central banks, suggests a more straightforward approach than trying to use cryptocurrency to replace cash. In the article, Garratt and Morten Bech, a researcher at the BIS, draw an important distinction between a “retail” cryptocurrency like FedCoin and a “wholesale” one that would only be used by banks. –Technology Review

China’s central bank has also begun testing of a digital currency. Speeches and research papers from officials at the People’s Bank of China show that the bank’s strategy is to introduce the digital currency alongside China’s renminbi. But there is currently no timetable for this, and the bank seems to be proceeding cautiously.

But the main issue for governments is that they are losing their grip and control on currency. Sweden’s dwindling cash usage is increasing reliance on mobile payment systems risks marginalizing people who don’t use them or can’t access them. Those systems are also run by private companies, which means that commercial forces, rather than government policies, could end up determining how effectively the financial system serves people and the economy.