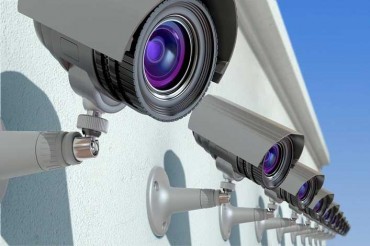 Shortly before his death, in 1949, George Orwell wrote his final work, the classic 1984. It painted a picture of a chilling future in which the world had fallen under the rule of three great totalitarian governments. The government that controlled what had been Britain, and the United States was called Oceania and was ruled by Big Brother. In Oceania, the state was all important and to be served with unthinking loyalty. To achieve that end, its citizens had been divested of all privacy. Without privacy, there was no freedom.

Perhaps the most effective means of control was the two-way television that looked into every room at offices, factories, and homes. The individual was never free from the surveillance of Oceania?s security forces.

Prophetic as 1984 was, George Orwell could not have imagined how advanced surveillance technology would become. His novel is now being actualized. Poor Orwell! If he were to walk into the world today and see what it?s like, he would probably die of fright. In his day it was all science fiction. Now it?s reality?and one that?s not going to go away.

In fact, one of the most alarming signs of the times is that people are no longer alarmed by the fact that their every move can be monitored and recorded. Someone can read every unencrypted e-mail we send. Monitoring agencies, using geostationary satellites and other means, can tune in to every phone call we make. The National Security Agency can redirect to its storage one billion cell phone calls every single day. They are storing every call and have the capability to listen to them. It is a globalized system designed to destroy all privacy – with no accountability and no safeguards.

The program, which is dubbed “PRISM,” allows the National Security Agency and FBI to tap directly into the central servers of U.S. tech giants including Microsoft, Yahoo, Google, Facebook, PalTalk, AOL, Skype, YouTube, Apple. On the Internet our activities can be recorded down to the last mouse click . 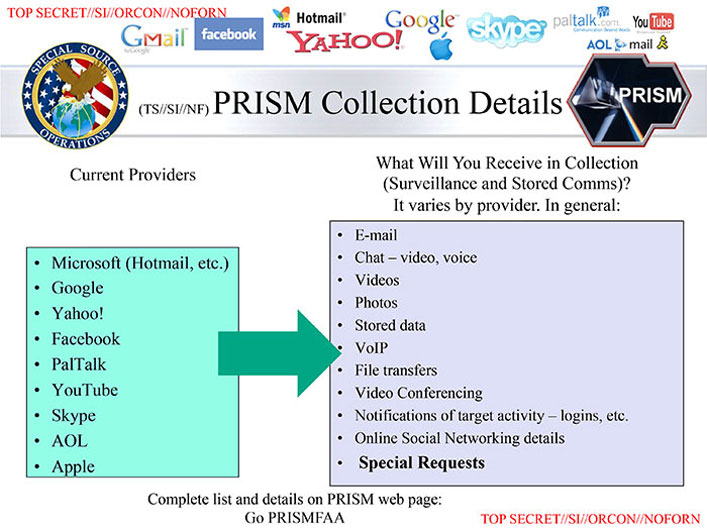 Every purchase we make with a credit or debit card is stored in a database someplace under our name, which is linked to our address. These networked databases know exactly where we are and, to some extent, what we are doing. By studying spending patterns, others can learn about our tastes and habits.

And as technology continues to advance, there will be very little that the authorities will not be capable of. Some of the technologies that are coming out these days are absolutely shocking.  For example, in Europe one company is now running talking ads that seem like they are coming from inside our own heads. Passengers leaning their head against the window will ?hear? adverts ?coming from inside the user?s head?, urging them to download the Sky Go app.

The proposal involves using bone conduction technology, which is used in hearing aids, headphones and Google?s Glass headset, to pass sound to the inner ear via vibrations through the skull. A video for the Talking Window campaign released by Sky Deutschland and ad agency BBDO Germany states: ?Tired commuters often rest their heads against windows. Suddenly a voice inside their head is talking to them. No one else can hear this message.?

How would you respond if a ?voice inside your head? suddenly started talking to you?

Big Brother alert cameras will be put in Cable Boxes to Monitor TV Viewers. This new technology would allow cable companies to peer directly into television watchers? homes and monitor viewing habits and reactions to product advertisements. The technology includes cameras and microphones that are installed on DVRs or cable boxes and analyzes viewers? responses, behaviors and statements to various ads ? and then provides advertisements that are targeted to the particular household. Specifically, the technology can monitor sleeping, eating, exercising, reading and more. It is an incredible invasion of privacy!

Computer chip implants are being used to monitor children, prisoners, pets, Alzheimer?s patients, and others. The surveillance cameras that line our streets and monitor stores, parking lots, and private homes are becoming a routine part of daily life the world over. In America some cities are using drones in the sky to keep a watch on the population & it is estimated that there will be 30,000 drones in the sky in less than 20 years. Drones will have the ability to see through walls and ceilings and could be outfitted with face recognition technology.

Big Brother has not only arrived, but he is already tightening his grip on the world. From Australia to India, Canada, South America, the U.S., and Europe, the infrastructure for a One World Government that keeps an eye on people ?for their own good and the good of society? is being put in place. Today?s surveillance tools are paving the way for the most monitored society imaginable.

It?s all about control. The Bible predicts that a One World Government is coming, led by a Devil-possessed dictator known in the Bible as the Antichrist or the Beast (Daniel 11:21, 23-24; 8:23-25; Revelation 13:4-7). To rule the world, the Antichrist must first be able to control the people, and how can he control the people unless he knows what they?re doing?

As incredible as all of these technological advances are and as thought provoking as they may be to those who have read about Big Brother, we really shouldn?t be surprised. The Bible predicted just such a system more than 2,000 years ago.

?And he [the Antichrist’s chief aide, referred to in the Bible as the “false prophet” who “deceives the world”] causes all, both small and great, rich and poor, free and slave, to receive a mark on [in] their right hand or on [in] their foreheads, and that no one may buy or sell except one who has the mark or the name of the beast [the Antichrist], or the number of his name. ? His number is 666.? (Revelation 13:16-18). 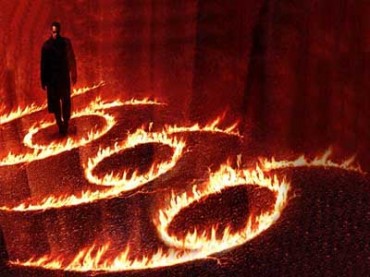 Under this 666 economic system, no one on earth will be allowed to buy or sell anything unless he or she receives a mark in the forehead or right hand. Technology is rapidly reaching the point where the coming Mark of the Beast 666 digital electronic economic system can take over.

Other changes are also taking place in the world that will facilitate the Antichrist?s rise to power. Jesus said that during the period of the Antichrist?s rise to power and seven-year rule, ?lawlessness will abound, [and] the love of many will grow cold? (Matthew 24:12). The Bible also tells us that in those days ?evil men and impostors will grow worse and worse? (2 Timothy 3:13). Who will ?save? the world from the economic collapse, horrible wars, terrorism, etc.??The Antichrist, of course.

With all this technology in the hands of increasingly ungodly men, the world is playing directly into the hands of the Antichrist and his authoritarian One World Government that promises ?technology and security for all??but surveillance and control as well, including oppression by brute force of those who step out of line and all-out war against those who refuse to bow down and worship him as God (Revelation 13:5-7, 14-18; 2 Thessalonians 2:3-4).

The immediate future is not very bright, but to be forewarned is to be forearmed and ready to resist the Antichrist and his mark. And the not-too-distant future will be brighter than ever when Jesus returns (Matthew 24:29-31). Then we will enjoy the dawn of a wonderful new world, where the lion will lie down with the lamb and the earth will be filled with the knowledge of the Lord, as the waters cover the sea (Isaiah 11:6-9).