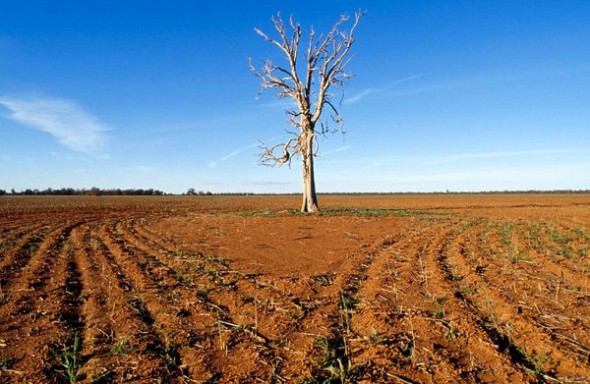 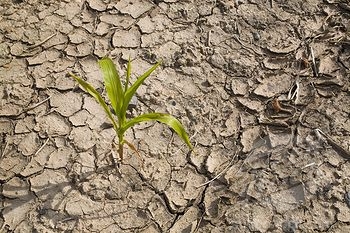 Will 2011 be the year that we point to as the beginning of the great global food crisis?  Food prices are soaring, supplies are very tight and already we have seen some very intense food protests flare up around the globe this year.  When people don’t have enough to eat, they tend to become very desperate, and unfortunately it looks like the global food situation is not going to improve much any time soon.  Right now the world is really struggling to feed itself, and with each passing day there are even more mouths to feed.  It is being projected that the population of the world will reach 9 billion people by the year 2050.  There are already way too many people starving to death around the globe, and unfortunately starvation is only going to become more rampant as food supplies get even tighter.  Some of the key food producing provinces in China are facing their worst drought in 200 years.  Flooding has absolutely devastated agricultural production in Australia and Brazil this winter.  Russia is still trying to recover from the horrific drought of last summer.  Global weather patterns have gone haywire over the past 12 months, and this is putting immense pressure on a global food system that was already on the verge of a major breakdown.

Food stockpiles all over the world are disturbingly low at this point.  If a major global famine broke out not even the United States would be able to last for long.  The U.S. government is supposed to be keeping a lot of food stockpiled in the event of an emergency, but that is just not happening.

Right now a desperate scramble for food is beginning.  Quite a few nations that used to be huge food exporters are now importing a lot of their food.  Prices for staples such as wheat, corn and soybeans are absolutely soaring, and the UN is projecting that they will continue to rise rapidly throughout 2011.

So who is going to decide who gets fed and who doesn’t?

As food prices continue to rise, will we start to see more food riots erupt all over the world as starving populations demand answers from their governments?

What is going to happen if weather patterns get even worse or if we have a string of really bad natural disasters?

What is going to happen if we experience a really bad global economic collapse?

Right now these are just the “birth pains”, but if things get much worse we could be looking at a horrific food shortage that will rock the globe.

The following are 14 facts that make you wonder if the coming global food shortage has already begun….

#2 The United Nations says that the global price of food hit another new all-time high in the month of January.

#3 The price of corn has doubled in the past six months.

#4 The price of wheat has roughly doubled since the middle of 2010.

#5 According to Forbes, the price of soybeans is up about 50% since last June.

#6 The United Nations is projecting that the global price of food will increase by another 30 percent by the end of 2011.

#7 Due to all of the unprecedented flooding, the winter wheat crop in Australia has been absolutely devastated.

#8 This winter Brazil was hit by some of the worst flooding that nation has ever seen.  This has substantially hampered food production in that country.

#9 Russia, one of the largest wheat producers on the entire globe, is still feeling the effects of last summer’s scorching temperatures.  In fact, Russia is actually importing wheat this winter to sustain its cattle herds.

#10 China is busy preparing for a “severe, long-lasting drought” that is projected to have a huge impact on several provinces.  In fact, Chinese state media says that the eastern province of Shandong is dealing with the worst drought it has seen in 200 years.  The provinces being affected by this severe drought grow approximately two-thirds of the wheat in China. The following is a very short video news report about the horrible drought that China is going through right now….

#11 It appears that Chinese imports of corn will be about 9 times larger than the U.S. Department of Agriculture originally projected them to be for 2011.

#12 Approximately 1 billion people around the world go to bed hungry each night.

#13 Somewhere in the world someone starves to death every 3.6 seconds, and 75 percent of those are children under the age of five.

#14 As food has become increasingly scarce around the world, many companies have started using whatever kinds of “fillers” that they can think of in their “food” products.  For example, Raw Story is reporting that some companies in China have actually been mass producing “fake rice” that is made partly of plastic.  According to one Chinese Restaurant Association official, eating three bowls of this fake rice is the equivalent of consuming an entire plastic bag.

Let us pray that this is not the beginning of a major global food crisis, because hunger and starvation are horrible things.

Starving to death is a fate that nobody should ever have to go through.

So, let us hope for the best, but let us also prepare as if we will be facing the worst.