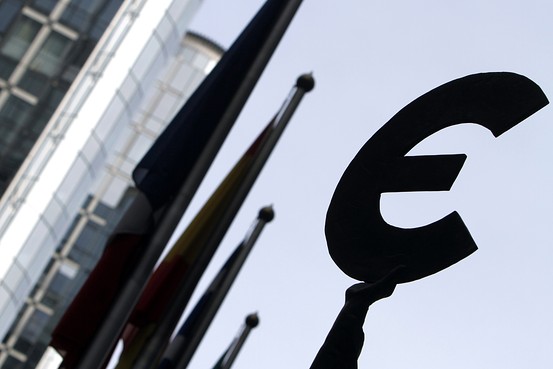 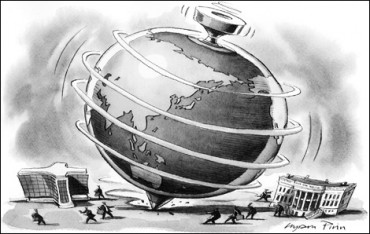 The European Union is set to issue a very special bond this week. It is special because it is practically unprecedented. Just twice before has the EU borrowed money with the promise that all member nations would be responsible for paying it back.

If the eurobonds become a permanent part of the European Union, the implications are global. A United European bond market could save the eurozone?s struggling economies.

But that is not the biggest implication. For the first time, the U.S. treasury market will have a real and potentially lethal competitor, and the world will finally have a true alternative to the dollar for reserve currency.

According to the Financial Times, the first bond auction in January led to ?overwhelming demand? for the paper from investors around the world. The second issuance in March was equally successful, as investors in Asia and the Middle East snapped up the bonds. The success of the eurobond sales contrasts sharply with the rising cost of raising money in most European countries.

Germany?s Klaus Regling, the head of the EU facility selling the eurobonds, said investors saw the bonds as a ?new way to diversify? their assets.

When the bond trial was initially announced, there were only supposed to be three auctions. The money was to be used to help Greece. But due to the success of the first two, European Union officials will now hold seven auctions this year, maybe more.

These bond auctions will be an important test for Europe, and couldn?t come at a better time for it. On Saturday, Standard & Poor?s downgraded Italy?s credit rating to negative. The announcement highlights the increasing difficulty many European countries face when trying to borrow money. It is not just small nations like Greece and Ireland anymore.

But if a eurobond is to become a permanent part of the European Union, it needs German backing. Right now, Germany is refusing to commit to a permanent common European bond market until there is a mechanism to enforce budget compliance in member states.

Troubled nations are predictably balking at this requirement because to agree would make them virtual vassal states with budgets vetted by a higher European authority.

But if debt woes escalate, countries such as Greece, Portugal and Spain may have no choice if they want to avoid a debt default and total economic collapse. And the debt woes are intensifying. To borrow money for two years, Greece now has to pay 25 percent interest.

But there is a sinister side to the eurobond. By design or not, the upcoming eurobond auctions, which are to raise money to bail out Portugal and Ireland, may actually make these countries? debt problems worse!

If you were a bond investor and you were given the choice of investing in a eurobond backed by Germany and the Netherlands or, say, Portuguese bonds, which would you choose? In this climate of market uncertainty, you would choose the eurobond hands down.

But if investors start holding out for eurobonds instead of buying bonds directly from individual nations, it could become even more difficult for troubled countries to borrow money. Weak countries could, in effect, be crowded out of the debt market. Investors love the eurobonds, said one banker quoted by the Irish Times. But if you buy a eurobond, ?why on earth would you buy Spain?? he asked. ?The risk is just too great.?

If the current round of eurobond auctions proceed as expected, or are expanded, this could in time force troubled nations into giving up national budget sovereignty in return for Germany backing the creation of a permanent eurobond market. As analyst John Mauldin writes, it wouldn?t end with Germany controlling Greece?s budget and in charge of collecting Greece?s taxes. If Europe goes down that route, he says, it may be Greece today, but it will be Portugal tomorrow. And which nation will be next after that?

American officials should be watching closely.

On the global stage, U.S. treasuries are the unrivaled debt marketplace in terms of volume and liquidity. Consequently, the dollar is used as the world?s reserve currency. This reserve currency status is why America can have such low interest rates, why it is so easy for Americans to get loans, and why the Federal Reserve can get away with creating money out of thin air so that Congress can spend money it does not have. It is a big factor supporting America?s debt-based economic model and consequently its standard of living.

But America?s hold on reserve status is precarious. It maintains it mostly by default. China, Russia, Germany, Brazil and other nations have publicly stated that they want a new global reserve currency not linked to a dollar that constantly devalues. The problem is that up until possibly now, there just hasn?t been a credible alternative. There has been no other big market in which to park their money. That may be about to change.

A full-fledged European Union bond market may be about to be born from Europe?s economic crisis. If it is, the dollar?s days as reserve currency are about to end.

The precarious status of the dollar is something the Trumpet has warned about throughout its history. ?America is making a terrible mistake which will result in the greatest fall in all of mankind?s history!? warned Tim Thompson in 2000. ?As soon as America is no longer a safe place for foreign money, that money will be gone. And once the foreign money is gone, it will leave us with a mountain of debt that we cannot repay.?

America is no longer a safe place and the world may soon have an alternative place for all its money.

A new global financial system is about to emerge.