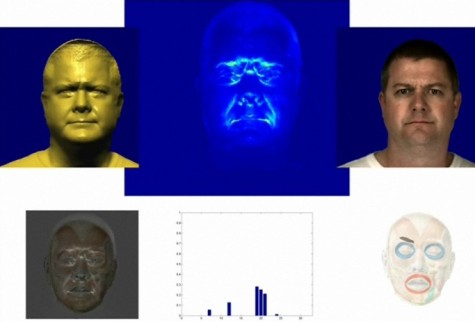 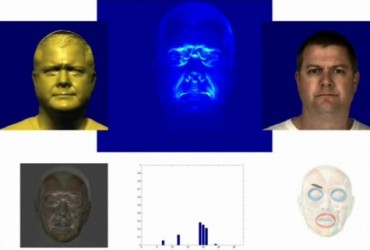 Big Brother doesn?t just want to know where you are, he wants to know what you?re thinking. Short of implanting a device in your brain that divulges your every thought, the government has opted for the next best thing ? behaviometrics ? a new omnipresent surveillance technology developed for the US Air Force and destined to be used in law enforcement to ?monitor suspicious behavior?.

The system revolves around a camera that tracks facial movements biometrically in order to build a psychological profile of the individual under surveillance.

?Huntsville, Alabama?s Photon-X, Inc. recently received an Air Force contract to develop such a camera,? reports Wired News. With one snap, the company claims, its sensor can build a three-dimensional image of a person?s face: the cornerstone of a distinctive ?bio-signature? that can be used to track that person anywhere. With a few frames more, the device can capture that, and turn those movements into a ?behaviormetric? profile that?s even more accurate.

This new technology is the next step up from DARPA?s infamous gait analysis program, which purported to be able to identify terrorists by the way they walked. The program was widely savaged at the time as being an outrageous example of paranoia gone mad.

A video demonstration of the technology that features on the Photon-X website shows a number of different measurements changing when the subject alters his facial expression from a smile, to a frown, to an angry look.

?The motion of a subject?s face is correlated to a uniform facial muscle model, and the motion of each muscle is quantified. Using the Behaviometrics Analysis System, it is possible to quantify simple data that describes the linear motion of all of the facial muscles in realtime and then interpolate this data using a psychological profiling system,? states the website.

In plain language, the movements of the muscles in your face will alert Big Brother, through the process of ?behavior analysis,? to your presence as a suspicious individual who may be engaging in the act of thought crime.

?Body posture movement, gait and micro-expressions,? are also measured by the technology to allow ?operators to track user activity in a covert manner,? according to the contract description.

This will then be used to keep tabs on ?insurgent operations,? which sounds like something that might be done by the US military in Iraq or Afghanistan, but in fact we learn that the technology is also destined to apply to ?law enforcement, banking, private corporations, schools and universities, casinos, theme parks, retail, and hospitality,? meaning that the ?insurgent? could be you walking through a shopping mall.

The system is also designed to help humanoid robots detect people or objects, meaning that your suspicious activity could trigger a friendly visit from an android who will then interrogate you regarding your intentions.

George Orwell never dreamt up anything like this. In comparison, the potential for this new breed of technology to be used as a tool in the construction of a high-tech prison grid that constantly tracks the behavior, movements and even thoughts of an individual, makes the world of 1984 look like a walk in the park.