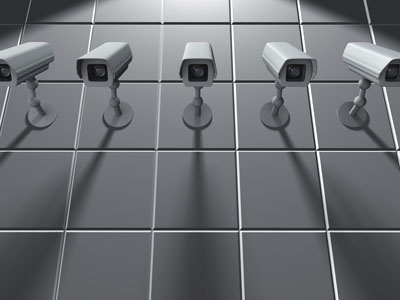 By Paul Joseph Watson, via Infowars.com 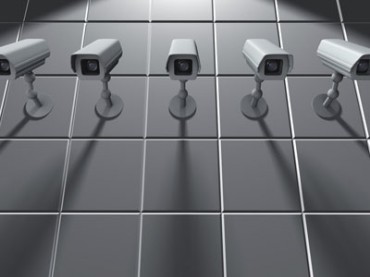 Outrage over the revelation that Chinese authorities have been installing spying devices on all dual-plate Chinese-Hong Kong vehicles is nothing compared to the fact that Americans and European have had all their communications tracked for at least two decades.

?For years now Chinese authorities have been installing spying devices on all dual-plate Chinese-Hong Kong vehicles, enabling a vast network of eavesdropping across the archipelago,? reports the Epoch Times.

However, the modern era of high-tech surveillance really began with the Echelon program in the early 90?s.

In 1999 the Australian government admitted that it was part of an NSA-led global intercept and surveillance grid in alliance with the US and Britain that could listen to ?every international telephone call, fax, e-mail, or radio transmission,? using keywords to allow ?powerful computers capable of voice recognition? to eavesdrop globally.

Furthermore, a 2001 European Parliament report stated that ?within Europe all e-mail, telephone and fax communications are routinely intercepted? by the NSA.

As we reported back in 2006, Google announced that it would be using in-built microphones on personal computers to listen for ?background noise,? which would then be used to tailor invasive Minority Report-style advertising.

?The idea is to use the existing PC microphone to listen to whatever is heard in the background, be it music, your phone going off or the TV turned down. The PC then identifies it, using fingerprinting, and then shows you relevant content, whether that?s adverts or search results, or a chat room on the subject,? reported the Register.

The report touched upon the inevitability that the use and abuse of this technology will eventually be taken over by the state.

?Pretty soon the security industry is going to find a way to hijack the Google feed and use it for full on espionage.?

We are now surrounded by high-tech devices that serve a dual use purpose, one of which is spying on and keeping a record of our communications and other information to build psychological profiles. These include cell phones, two-way cable TV boxes, satellite navigation devices, so-called ?smart home? products, as well as services like OnStar and Google Street View.

The U.S. government is now moving forward with a program to install mandatory chips in cell phones in the name of alerting Americans to terror threats. The announcement came shortly after the admission that cell phone companies were building location databases of where their users had traveled.

Indeed, over a year ago Apple admitted to the fact that it ?intermittently? collects location data, including GPS coordinates, of many iPhone users and nearby Wi-Fi networks and transmits that data to itself every 12 hours, according to a letter the company sent to U.S. Reps. Edward Markey (D-Mass.) and Joe Barton (R-Texas),? reports the WSJ.

Google?s HTC Android phones collect location data every few minutes and transmit that information directly to Google several times an hour, including the unique phone identifier, meaning that Google can keep tabs on the movement of a known individual almost constantly. Since people now ubiquitously carry their cell phones everywhere they go, this is akin to having a tracking microchip implanted in your forehead.

We have gradually been indoctrinated into accepting the fact that corporations and governments spying on our every activity is normal and tolerable. While our lives are now a completely open book to any authority figure that wishes to create a psychological profile of us, governments are increasingly moving into the shadows and becoming immune to accountability and transparency.

Forget China, Americans Have Had All Their Communications Bugged For 20 Years
http://endtimeinfo.com/2011/06/forget-china-americans-have-had-all-their-communications-bugged-for-20-years/
chip implantpolice statesurveillancetracking
Previous Article?His deadly wound was healed? – End Time Info PodcastNext ArticleWhere Is The Recovery? I Cannot Seem To Find It