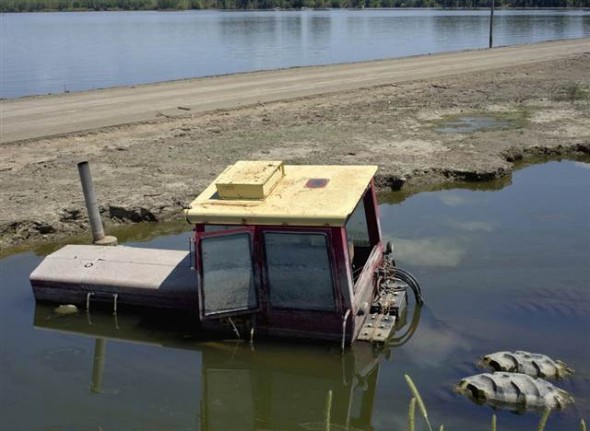 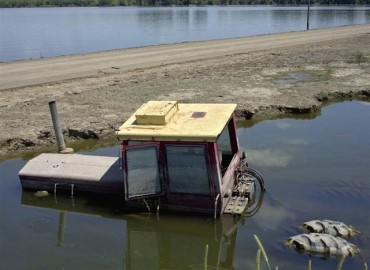 With four months still to go in 2011, the United States has already tied its yearly record for the number of weather disasters with an economic loss of $1 billion or more, the U.S. government reported Wednesday.

With the bulk of the hurricane season ahead and winter storms after that, National Weather Service Director Jack Hayes said 2011 could surpass the record, first set in 2008.

“I don’t think it takes a wizard to predict 2011 is likely to go down as one of the more extreme years for weather in history,” he told journalists on a conference call.

The “new reality” is that both the frequency and the cost of extreme weather are rising, making the nation more economically vulnerable and putting more lives and livelihoods at risk, Hayes said.

The number of U.S. natural disasters has tripled in the last 20 years and 2010 was a record breaker with about 250, the NWS said, citing data from Munich Re, a company that insures insurance giants.

In the report released Wednesday, the National Climatic Data Center listed these billion-dollar events in 2011, in reverse chronological order:

In addition to the nine large disasters, thunderstorms in the first half of 2011 caused some $20 billion in losses, double the previous three-year average of $10 billion.

Economic losses from all severe weather so far this year have reached $35 billion, the report stated, a large amount but still small compared to a few singular disasters like Hurricane Katrina, where losses topped $100 billion.

The rising costs are due partly to demographics, Hayes said. The population is rising and there are more people and more buildings in environmentally vulnerable areas, such as coastal regions.

Asked if global warming was to blame for the rising frequency of wild weather, Hayes said that was “a research question” and that it would be difficult to link any one severe season to overall climate change.

The report was issued in conjunction with a government “Weather-ready” campaign to better prepare Americans for violent weather.