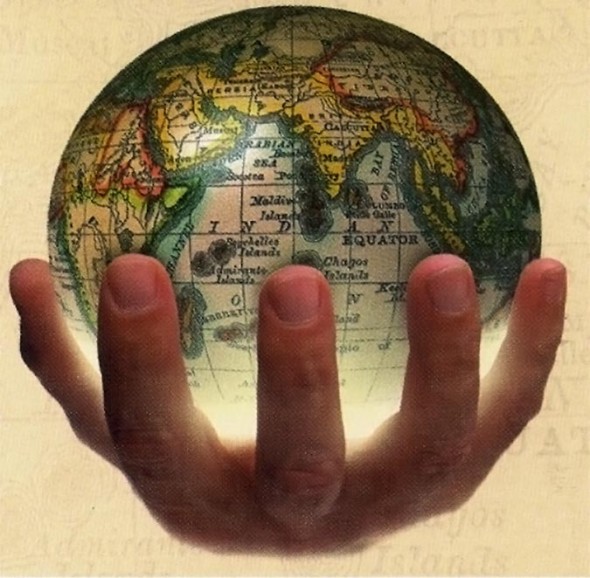 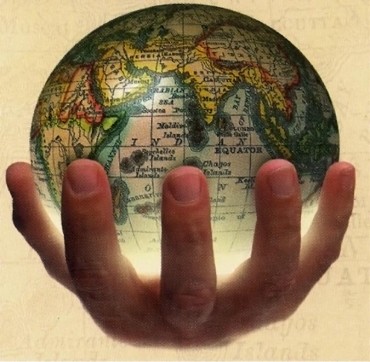 As social and political upheaval and civil unrest have spread across the globe, it has become clear that the problems facing Western countries are neither transient nor temporary. Europe, the United Kingdom and the United States share a common set of problems over and above economic decline and sovereign debt issues linked to problems of the global financial system. The issues surrounding civil unrest comprise a lack of economic opportunity, political disenfranchisement, erosion of individual rights, a systematic lack of accountability from local authorities to national leaders, deteriorating credibility of political and financial leaders and disintegrating national government legitimacy. The reason that the above problems are common to Europe, the United Kingdom and the United States is that they are all linked to globalization.

The financial crisis of 2008 and the global recession that followed suggest that globalization may fail for basic economic reasons. Globalization, as opposed to promoting sustainable, economic communities, advances an agenda of central economic planning designed to optimize global output, mainly for the benefit of multinational corporations. Policies or regulations that benefit multinational corporations do not necessarily promote economic stability or sustainability and may run counter to the interests of local or regional commercial concerns

International trade and capital flows are emergent phenomena that exist as a consequence of the individual human actions that form the basis of every local and regional economy in the world. Economies, like biological ecosystems, are spontaneously self-organizing systems that develop naturally in a local or regional context. Breaking down naturally occurring local or regional economies in order to reassemble their components, e.g., capital, labor or natural resources, in a wholly artificial, centrally planned system, is a profoundly flawed and politically dangerous concept. Specifically, the political structures required for globalization breed unrest. Political systems that require human beings to behave in ways contrary to human nature are, by definition, oppressive. Since political structures arise in a social context, replacing local and regional economic relationships, characterized by ethnic and cultural social structures, with an abstract concept, such as the global economy, requires oppressive political structures.

Understanding the political failure of globalization requires some familiarity with political philosophy. The Greek philosopher Plato wrote that ?excess generally causes reaction and produces a change in the opposite direction, whether it be in the seasons, or in individuals, or in governments.? Under a policy of globalization, national governments defer to international bodies and to the agendas of large multinational corporations, which are thought to make up the global economy, but the removal of economic and political control to international bodies represents a radical centralization of power. The European Union, for example, has been described as a centrally planned economic union where unelected, unaccountable bureaucrats make decisions in place of democratically elected national leaders. If Plato is right, then the more excessive the centralization of power becomes, the more forceful the reaction against it will ultimately be.

The great complexity of human social and political organization springs from the constraints on individual behavior necessary for the survival of the collective and from how such constraints are enforced by the collective. In a political context, the most important, defining issue is the treatment of individual liberty. According to Ayn Rand, ?individual rights are not subject to a public vote; a majority has no right to vote away the rights of a minority; the political function of rights is precisely to protect minorities from oppression by majorities (and the smallest minority on earth is the individual).? Since the global collective is the ultimate political majority, it is also the greatest threat to individual rights.

The social contract, under which human beings live harmoniously in collectives, is reflected in the legal and political structures of a society. As a practical matter, laws require law enforcement and law enforcement presupposes the existence of an enforcing authority. It has been said, for example, that government is ?…an institution with a monopoly on the legitimate use of deadly force within a specified geographic territory? (Max Weber 1918). Globalization violates the social contract.

While no government can be separated from the use of force, the use of force is only legitimate if it serves the interests of the collective, e.g., of a particular nation. The use of force by a government against its own citizens in order to serve private, rather than public, interests or to serve the interests of another nation is not legitimate and is merely violent oppression. The latter distinction is clear to Westerners when observing, for example, the shootings of nonviolent protesters in countries like Iran or Syria, but is less obvious when observing police violence against nonviolent protesters in Spain or Greece.

Human social structures, such as those of families, clans, tribes, villages, etc., naturally have elders or other leaders that, in theory, have an understanding of the structure of the collective and of what is necessary for or harmful to its survival. Throughout human history, the relationships of human collectives and their leaders have been based on various combinations of force, rational or irrational beliefs, social class structures, economic factors, and on the will of the collective. For example, oligarchies are typically based on beliefs, e.g., religious beliefs, or on material wealth, e.g., land ownership. Military dictatorships are based on force; while democracy, at least in theory, is based on the will of the collective, and so forth.

The American Declaration of Independence states that ??governments long established should not be changed for light and transient causes; and accordingly all experience hath shewn that mankind are more disposed to suffer, while evils are sufferable than to right themselves by abolishing the forms to which they are accustomed.? Thus, loss of legitimacy on the part of a government is a necessary condition for revolution but it is not sufficient. Generally, subjects that receive benefits from their rulers or that feel they have something to lose, e.g., their livelihood or property, will not revolt unless they stand to lose more by failing to act, i.e., when a long train of abuses and usurpations evinces a design to reduce them under absolute despotism. However, when economic mismanagement threatens the survival of individuals, the probability of revolt greatly increases.

The European Union, for example, has arguably devolved into an autocracy were unelected bureaucrats dictate fiscal, monetary and trade policies based substantially on the requirements of the largest European banks. In other words, national governments and democratic elections in Europe have become largely irrelevant.

While democracy ensures that leaders have the assent of the collective, given sufficient resources, elections can be influenced, e.g., through the news media. Theoretically, in a republic, the fickle majority is constrained by principles enshrined in fundamental laws, but, for better or worse, laws can be changed. Roman Senator Gaius Cornelius Tacitus (AD 56 ? AD 117) wrote ?the more corrupt the state, the more laws.? The political duopoly in the United States is dominated by large, corporate sponsors that fund political campaigns and that, through professional lobbyists, write many of the laws passed by the U.S. Congress. The U.S. Federal Code contains tens of thousands of pages of laws and regulations written by lobbyists that certainly benefit their employers more than the public. At the same time, American politicians are accountable to corporate sponsors that can, in effect, dismiss them from their posts by withholding campaign funds. Thus, outside of the careers of individual politicians, the input of American voters has a limited impact on government policy.

Globalization, which reflects the agendas of large multinational corporations, has had the effect of alienating the citizens of Europe, the United Kingdom and the United States from their own governments. National governments are increasingly accountable to international bodies while elected officials are increasingly accountable to large multinational corporations. Thus, the citizens of Western nations have been reduced to the status of politically disenfranchised subjects.

Climbing the Wall of Ruin

While the economic failure of globalization is already evident, its political failure is only just beginning. Civil unrest in Greece and rioting in England, for example, are only cracks on the surface of a much deeper and more complex problem. Since globalization is the agenda of the largest corporations in every country, leaders in Europe, the United Kingdom and the United States almost universally support it. In the face of growing global chaos, political, financial and business leaders do not appear to be contemplating a return to simpler, genuinely democratic, self regulating and sustainable economic and political structures. Nonetheless, the economic and political consequences of globalization will continue to escalate until efforts to force economies and political nation-states into an artificial global collective cease.

As globalization progresses, it leaves in its wake political disenfranchisement, reduced individual rights, unaccountable leadership, illegitimate governments and the potential for violent oppression. It is perhaps a profound irony that the positive vision of a unified, global human collective is one of harmonious, peaceful cooperation, without warring nation states. Sadly, the unintended consequences of globalization include social and political upheaval, civil unrest and, eventually, revolt. In the best case, the foreseeable future holds greater, more widespread and increasingly severe economic and political volatility. In the worst case, any number of civil conflicts or international wars might erupt.

Globalization and the Law of Unintended Consequences
http://endtimeinfo.com/2011/09/globalization-and-the-law-of-unintended-consequences/
end timeglobal governmentglobalismlast seven years
Previous Article25 Signs That The Financial World Is About To Hit The Big Red Panic ButtonNext ArticleCartoons For Kids – Corrupting The Next Generation