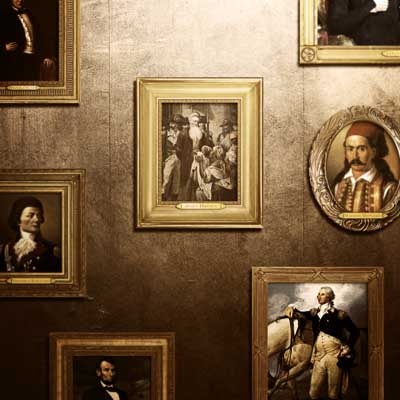 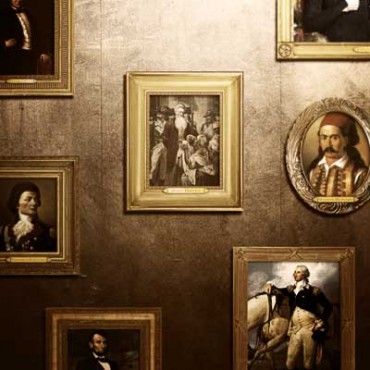 A wealthy man and his son loved to collect rare works of art. They had everything in their collection, from Picasso to Raphael. They would often sit together and admire the great works of art.

When war broke out, the son went to fight. He was very courageous, and died in battle while rescuing another soldier. The father was notified and grieved deeply for his only son.

About a month later, just before Christmas, there was a knock at the father?s door. He opened to find a young man with a large package in his hands.

?Sir, you don?t know me,? the young man said, ?but I am the soldier for whom your son gave his life. He saved many lives that day, and he was carrying me to safety when a bullet struck him in the heart and he died instantly. He often talked about you and your love for art.? The young man held out his package. ?I know this isn?t much. I?m not really a great artist, but I think your son would have wanted you to have this.?

The package contained a portrait of the son, painted by the young man. The father stared in awe at the way the soldier had captured his son?s personality in the painting. The father was so drawn to the eyes that his own welled up with tears. He thanked the young man and offered to pay him for the picture.

?Oh, no sir. It?s a gift, though I know I could never begin to repay what your son did for me.?

When the father died, there was an announcement that his art collection was to be auctioned off. Many wealthy and influential people came to the auction, each hoping to go away with one of the great paintings.

On an easel next to the platform was the portrait of the son. The auctioneer pounded his gavel. ?We will start the bidding with this picture of the son. Who will bid for this picture??

Silence. Then a shout came from the back of the room. ?We want to see the famous paintings. Skip this one!?

But the auctioneer persisted. ?Will someone bid for this painting? Who will start the bidding at $100??

Another impatient voice shouted, ?We didn?t come to see this painting. We came to see the Van Goghs and Rembrandts. Get on with the real auction!?

The auctioneer was unmoved. ?The son. Who will take the son??

Finally a voice came from the very back of the room. It was the family?s longtime gardener. ?I?ll give $10 for the painting.? He felt embarrassed offering so little, but it was all the poor gardener could afford.

The crowd grew more annoyed and restless. They hadn?t come for that painting.

?Going once, going twice, sold for $10!? The auctioneer pounded his gavel.

?Now let?s get on with the collection!? shouted a man in the second row.

But the auctioneer laid down his gavel. ?The auction is ended,? he announced.

?What about the paintings??

?I?m sorry,? said the auctioneer, ?but the auction is ended. When I was called to conduct this auction, I was told of a secret stipulation in the man?s will, which I was not allowed to reveal until this time: Only the painting of the son would be auctioned, and whoever bought that painting would inherit the entire estate, including the other paintings. The man who took the son gets everything!?

God?s Son died for us 2,000 years ago. Like the auctioneer, God?s question today is, ?Who?ll take the son?? Because, you see, whoever takes the Son gets everything.