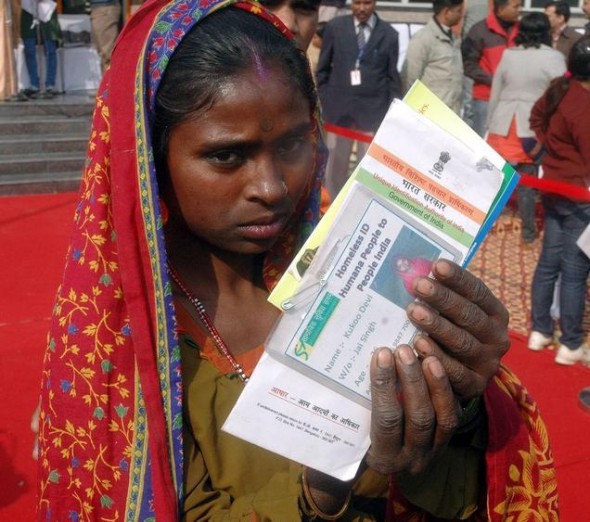 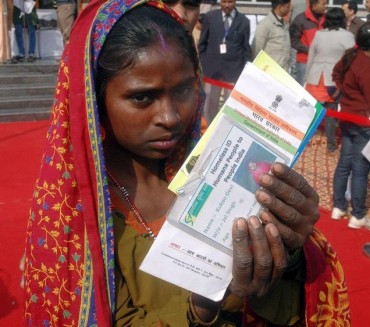 Over the past few months, I have written several articles dealing with the coming cashless society and the developing technological control grid. I also have written about the surge of government attempts to gain access to and force the use of biometric data for the purposes of identification, tracking, tracing, and surveillance.

Unfortunately, the reactions I receive from the general public are almost always the same. While some recognize the danger, most simply deny that governments have the capability or even the desire to create a system in which the population is constantly monitored by virtue of their most private and even biological information. Others, either gripped by apathy or ignorance, cannot believe that the gadgets given to them from the massive tech corporations are designed for anything other than their entertainment and enjoyment.

However, current events in India should serve not just as a warning, but also as a foreshadowing of the events to come in the Western world, specifically the United States.

Recently, India has launched a nationwide program involving the allocation of a Unique Identification Number (UID) to every single one of its 1.2 billion residents. Each of the numbers will be tied to the biometric data of the recipient using three different forms of information ? fingerprints, iris scans, and pictures of the face. All ten digits of the hand will be recorded, and both eyes will be scanned.

The project will be directed by the Unique Identification Authority of India (UIDAI) under the premise of preventing identity theft and social welfare fraud. India has rather extensive social welfare and safety net programs, ranging from medical support and heating assistance to others aimed at helping the poor. Fraud is a rampant problem in India, especially in relation to these programs due to a preponderance of corrupt politicians and bureaucrats who often stuff welfare rolls with fake names and take the money for themselves.

Yet, although the justification for the billion person database is the increased ability to accurately disperse social welfare benefits, it will not be just the Indian government?s social welfare programs that have access to and utilize the UIDAI. Indeed, even before the program has been completed, major banks, state/local governments, and other institutions are planning to use the UIDAI for identification verification purposes and, of course, payment  and accessibility.

As Aaron Saenz of the Singularity Hub writes:

Yet the UID is going to be used for much more than social welfare programs. The UIDAI is in discussion with many institutions (banks, local/state governments, etc.) to allow them to use the UID as a means of identity verification. These institutions will pay the UIDAI some fee to cover costs and generate revenue. There seems to be little doubt that once it is established, the UID will become a preferred method (if not the preferred method) of identification in India.

Saenz also sees the eventuality of the UIDAI program becoming a means of payment and accessibility. He continues:

Ultimately, I wouldn?t be surprised if the UID, with its biometric data, could be used as a means of payment (when linked to a bank account), or as an access key to homes and cars. Purchase a meal with your fingerprint and unlock your door with the twinkle in your eye. Similar results could be expected in other nations that adopted biometric identification systems.

Saenz, and other proponents of the UID (UIDAI), have been diligent in pointing out that the program ?is just a number, not an ID card.? However, this claim is debatable. Saenz himself admits that State issued driver?s licenses and identification cards will reference the UID information.

But, in the end, does it really matter if the information is collated into an ID card format if the government already has access to that information digitally? More than likely, a national ID card will appear as a supplement to the database already created by UID.  Regardless, the private biometric information has still been taken from the individual. The database is still there.

Indeed, government ?officials? have already stated that the database will be used by intelligence agencies for the purpose of monitoring ?bank transactions, cellphone purchases and the movements of individuals and groups suspected of fomenting terrorism.? This will be very easy to do since the UID number will be entered anytime an individual ?accesses services from government departments, driver?s license offices and hospitals, as well as insurance, telecom, and banking companies.?

Nevertheless, proponents have also touted the fact that, at this point, the UID program is optional. But the program will obviously not be optional for very long. As I have discussed in previous articles, the introduction of a program such as a national ID card, biometric data, or cashless payment technologies is always followed by the program becoming mandatory. The ultimate goal of an all-encompassing cashless surveillance program with no opt-out provisions is always introduced by stealth and the Gradualist Technique.

At first, the program is introduced as a way to speed up transactions, increase efficiency, and provide convenience. Soon, however, governments and businesses begin to transition out of the older methods of payment and identification and focus more on the new technology. Identification using the traditional methods remain as an option, but become viewed as cumbersome. Eventually, the alternative methods are phased out completely and mandates replace what was once a personal choice.

As soon as Indian banks, businesses, and government social service offices begin to require identification using the UID, the ability to remain off the system and lead what passes for a normal life will disappear.

This is exactly the intention with India?s new biometric ID program. In fact, the cashless society is a stated goal of the UID program. CEO of MindTree?s IT Services, the company that was awarded the government contract for development and maintenance of the UID, explained in an interview with ComputerWeekly that the ?ID scheme will support a cashless society. He said all vendors will have a biometric reader and citizens can pay for things with a fingerprint scan. Even a bag of rice.?

No doubt, even after such an admission by a man who was instrumental in the development of the program, many who read this article will still dismiss it as a ?conspiracy theory.?

Nonetheless, this new monumental data mining effort by the Indian government dovetails with recent efforts in the Western world to develop an electronic surveillance grid capable of tracking, tracing, and recording every single movement and communication of every single citizen within a nation?s borders.

New technologies which are being introduced inside the United States, the UK, and Australia such as vein scanners, biometric employee time and attendance systems, voice recognition devices, and behavior analysis systems are all geared toward Total Information Awareness of every human being on the planet.

Only a totalitarian form of government would desire this information; and only a very determined totalitarian government would actively work toward establishing it. India is only the first nation to openly sweep up its entire national population into such a massive biometric database net. We cannot let our nation be the next.