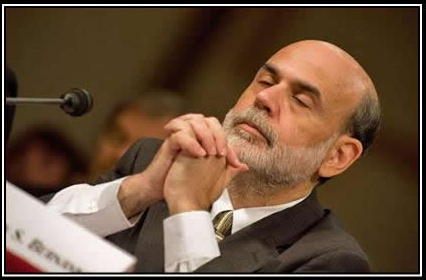 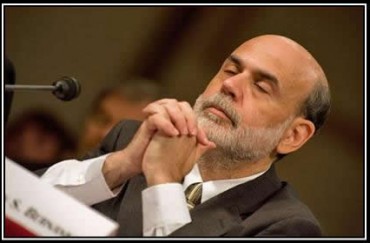 Readers of my articles will recall that I have warned as far back as December 2006, that the global banks will collapse when the Financial Tsunami hits the global economy in 2007. And as they say, the rest is history.

That is why in November of 2009, I was so confident to warn my readers that by the end of the first quarter of 2010 at the earliest or by the second quarter of 2010 at the latest, the global economy will go into a tailspin. The recent alarm that the US economy has slowed down and in the words of Bernanke ?the recent pace of growth is less vigorous than we expected? has all but vindicated my analysis. He warned that the outlook is uncertain and the economy ?remains vulnerable to unexpected developments?.

Obviously, Bernanke?s words do not reveal the full extent of the fear that has gripped central bankers and the financial elites that assembled at the annual gathering at Jackson Hole, Wyoming. But, you can take it from me that they are very afraid.

Let me be plain and blunt. The ?unexpected developments? Bernanke referred to is the collapse of the global banks. This is FED speak and to those in the loop, this is the dire warning.

So many renowned economists have misdiagnosed the objective and consequences of quantitative easing. Central bankers? scribes and the global mass media hoodwinked the people by saying that QE will enable the banks to lend monies to cash-starved companies and jump start the economy. The low interest rate regime would encourage all and sundry to borrow, consume and invest.

This was the fairy tale.

Then, there were some economists who were worried that as a result of the FED?s printing press (electronic or otherwise) working overtime, hyper-inflation would set in soon after.

But nothing happened. The multiplier effect of fractional reserve banking did not take off. Bank lending in fact stalled.

Let me explain in simple terms step by step.

1. All the global banks were up to their eye-balls in toxic assets. All the AAA mortgage-backed securities etc. were in fact JUNK. But in the balance sheets of the banks and their special purpose vehicles (SPVs), they were stated to be worth US$ TRILLIONS.

2. The collapse of Lehman Bros and AIG exposed this ugly truth. All the global banks had liabilities in the US$ Trillions. They were all INSOLVENT. The central banks the world over conspired and agreed not to reveal the total liabilities of the global banks as that would cause a run on these banks, as happened in the case of Northern Rock in the U.K.

3. A devious scheme was devised by the FED, led by Bernanke to assist the global banks to unload systematically and in tranches the toxic assets so as to allow the banks to comply with RESERVE REQUIREMENTS under the fractional reserve banking system, and to continue their banking business. This is the essence of the bailout of the global banks by central bankers.

4. This devious scheme was effected by the FED?s quantitative easing (QE) ? the purchase of toxic assets from the banks. The FED created ?money out of thin air? and used that ?money? to buy the toxic assets at face or book value from the banks, notwithstanding they were all junks and at the most, worth maybe ten cents to the dollar. Now, the FED is ?loaded? with toxic assets once owned by the global banks. But these banks cannot declare and or admit to this state of affairs. Hence, this financial charade.

5. If we are to follow simple logic, the exercise would result in the global banks flushed with cash to enable them to lend to desperate consumers and cash-starved businesses. But the money did not go out as loans. Where did the money go?

6. It went back to the FED as reserves, and since the FED bought US$ trillions worth of toxic wastes, the ?money? (it was merely book entries in the Fed?s books) that these global banks had were treated as ?Excess Reserves?. This is a misnomer because it gave the ILLUSION that the banks are cash-rich and under the fractional reserve system would be able to lend out trillions worth of loans. But they did not. Why?

7. Because the global banks still have US$ trillions worth of toxic wastes in their balance sheets. They are still insolvent under the fractional reserve banking laws. The public must not be aware of this as otherwise, it would trigger a massive run on all the global banks!

8. Bernanke, the US Treasury and the global central bankers were all praying and hoping that given time (their estimation was 12 to 18 months) the housing market would recover and asset prices would resume to the levels before the crisis. .

Let me explain: A House was sold for say US$500,000. Borrower has a mortgage of US$450,000 or more. The house is now worth US$200,000 or less. Multiply this by the millions of houses sold between 2000 and 2008 and you will appreciate the extent of the financial black-hole. There is no way that any of the global banks can get out of this gigantic mess. And there is also no way that the FED and the global central bankers through QE can continue to buy such toxic wastes without showing their hands and exposing the lie that these banks are solvent.

It is my estimation that they have to QE up to US$20 trillion at the minimum. The FED and no central banker would dare ?create such an amount of money out of thin air? without arousing the suspicions and or panic of sovereign creditors, investors and depositors. It is as good as declaring officially that all the banks are BANKRUPT.

9. But there is no other solution in the short and middle term except another bout of quantitative easing, QE II. Given the above caveat, QE II cannot exceed the amount of the previous QE without opening the proverbial Pandora Box.

10. But it is also a given that the FED will embark on QE II, as under the fractional reserve banking system, if the FED does not purchase additional toxic wastes, the global banks (faced with mounting foreclosures, etc.) will fall short of their reserve requirements.

11. You will also recall that the FED at the height of the crisis announced that interest will be paid on the so-called ?excess reserves? of the global banks, thus enabling these banks to ?earn? interest. So what we have is a merry-go-round of monies moving from the right pocket to the left pocket at the click of the computer mouse. The FED creates money, uses it to buy toxic assets, and the same money is then returned to the FED by the global banks to earn interest. By this fiction of QE, banks are flushed with cash which enable them to earn interest. Is it any wonder that these banks have declared record profits?

12. The global banks get rid of some of their toxic wastes at full value and at no costs, and get paid for unloading the toxic wastes via interest payments. Additionally, some of the ?monies? are used by these banks to purchase US Treasuries (which also pay interests) which in turn allows the US Treasury to continue its deficit spending. THIS IS THE BAILOUT RIP OFF of the century.

Now that you fully understand this SCAM, it is left to be seen how the FED will get away with the next round of quantitative easing ? QE II.

Obviously, the FED and the other central banks are hoping that in time, asset prices will recover and resume their previous values before the crisis. This is a fantasy. QE II will fail just as QE I failed to save the banks.

The patient is in intensive care and is for all intent and purposes brain dead, although the heart is still pumping albeit faintly. The Too Big To Fail Banks cannot be rescued and must be allowed to be liquidated. It will be painful, but it is necessary before there is recovery. This is a given.

When the ball hits the ceiling fan, sometime early 2011 at the earliest, there will be massive bank runs.

I expect that the FED and other central banks will pre-empt such a run and will do the following:

1) Disallow cash withdrawals from banks beyond a certain amount, say US$1,000 per day; 2) Disallow cash transactions up to a certain amount, say US$10,000 for certain transactions; 3) Transactions (investments) for metals (gold and silver) will be restricted; 4) Worst-case scenario ? the confiscation of gold AS HAPPENED IN WORLD WAR II. 5) Imposition of capital controls etc.; 6) Legislations that will compel most daily commercial transactions to be conducted through Debit and or Credit Cards; 7) Legislations to make it a criminal offence for any contraventions of the above.