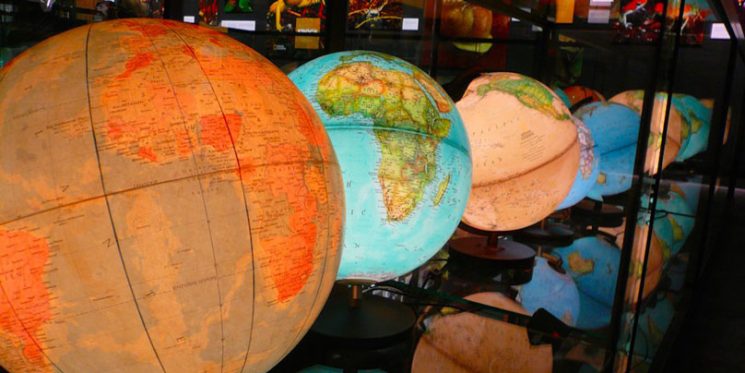 Markets have become so ultra focused on the short-term that we often wonder whether anyone even remembers what happened last week much less what happened in the wake of the housing collapse in 2008 that nearly toppled global financial markets.

In fact, auto sales, fueled by the latest subprime lending frenzy, are the perfect illustration of the lack of institutional memory.  Despite the brutal ramifications of lending to subprime real estate borrowers just 8 years ago, today we see billions of dollars flowing into subprime auto loans, with reckless abandon, as auto sales bubble over courtesy of $0 down, 0% APR, 70 month loans that would have been unimaginable just a short time ago (sound familiar to anyone?).

Of course, the current subprime auto bubble is the direct result of reckless central banking policies that have forced trillions of dollars out of sovereign debt and into any asset with a reasonable term and a yield above 0%.  And who cares about the consequences of this misinformed investing strategy because every time it looks like the music might be ending, central banks just step in with more stimulus and the party keeps going.

Alas, at least one analyst, Jim Reid of Deutsche Bank, has cautioned that now might not be such a bad time to take a step back and look at the longer term demographic and economic trends.  Reid argues that global demographic trends, including the addition of “1 billion cheap workers” from China and India and a wave of highly productive 35-54 year old workers, have created a 35-year super cycle that is just about ready to reverse.  Going forward, Reid warns that the “extrapolation of the last 35 years could be the most dangerous mistake made by investors, politicians and central bankers.”

The genesis of the current economic era arrived towards the very end of the 1970s with China’s re-emergence into the global economy, and this was further enhanced a decade later by the collapse of the Iron Curtain (1988-91) and maybe the economic liberalisation of India in 1991 following the IMF bailout.  In combination this has essentially added over a billion cheap workers to the global economy. This has coincided with a general surge in the global workforce population in absolute terms and also relative to the overall population, thus creating a perfect storm and an abundance of workers. Drilling down to more micro details, the most productive, highest earning and highest spending 35-54 year olds were at their smallest portion of the key global economic powerhouses around 1980. They then surged in numbers but have been peaking out and declining from this decade. This will likely reverse a number of the key global themes characteristic of the 1980-present day period.

Reid argues that the multi-decade trend toward globalization has added a billion workers to the world economy that have enjoyed substantial real income growth over the past two decades.  That said, emerging market wage growth has come at the expense of middle-income earners in developed countries as manufacturing and other low-skilled jobs have been geographically redistributed to areas with cheaper labor.

Another related feature of the post 1980s landscape has been ‘globalisation’.  Economic activity across the planet has become more integrated as the heavy protectionism that started in the inter-war period and the heavy financial repression/regulation following WWII were swept away. Globalisation has also caused great upheaval in many of the largest developed countries on the planet with many of these themes coming to a head in recent years.

The top global 1% (point C; largely made up of higher income groups in rich DM countries) have seen their incomes grow but by no more than those in the middle of the global income distribution (point A; largely composed of the population in developing countries, particularly China and India).Worse hit have been those around the 80-85th percentile (point B; mostly the bottom half of the income scale in major developed countries) and surrounding areas where virtually no real income growth has been seen over the sample period.

So it appears that these lower income groups in developed countries have been the relative losers in the globalisation era as a consequence of the success of the masses in developing economies and the rich across the world. The mass global integration of developing country labour and a coincidental natural demographic surge in the size of the global work force has likely pushed down the price of labour (especially lower skilled) in the developing world. In addition, migration from the poorer to richer countries has emphasised the downward pressure on this unskilled labour in the developed world. The latter theme has been accentuated by the expansion of the EU and the free movement of labour that is associated with it.

Therefore, Reid argues that, due to the combination of these global demographic trends, it is no wonder that global asset valuations have undergone a 35-year super cycle resulting in the most excessive bond and equity valuations in over 200 years.

We don?t think it?s a coincidence that asset prices were historically very depressed in 1980 (see Figure 2) and arguably at all time lows in valuation terms. 35 years later and traditional asset valuations in major DM countries have never been higher due to the themes unique to the 1980-present day period.

Extraordinary central bank buying of assets post the global financial crisis has obviously contributed to high asset prices in recent years but the reasons they have had to intervene also stems from the trends originating around 1980 that will be further discussed in this report.

Excessive valuations are even more apparent when looking at long-term sovereign debt yields on a standalone basis.

And so, as the Baby Boomer generation passes the baton to the Millennials, Reid predicts they’re also passing a period of “prolonged low real growth and high (and largely increasing) overall debt levels.”

With demographics deteriorating it seems highly unlikely that the next couple of decades (possibly longer) will see real growth rates returning close to their pre-crisis, pre-leverage era levels. Obviously if there is a sustainable exogenous boost to productivity then a more optimistic scenario (relative to the one below) can be painted. At this stage it is hard to see where such a boost comes from ? and even if it does, time is running out for it to prevent economic and political regime change given the existing stresses in the system.

So we are likely stuck with the challenge of how to deal with prolonged low real growth and high (and largely increasing) overall debt levels. Although this will persist we do think that this current era is drawing to a close with a muddle through the least likely option due to various economic, political and social pressure points that have been reached.

Finally, we’ll leave you with Reid’s “optimistic” themes for the next 35 years: