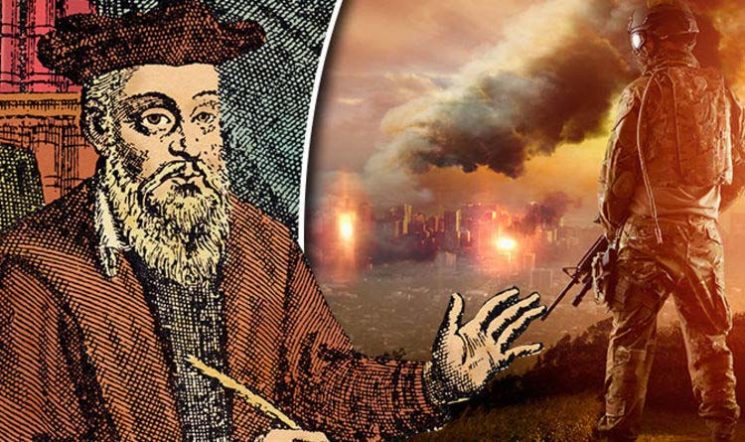 As Paris took over weeks of headlines, then the San Bernardino massacre and Obama’s latest attempts at gun control, all dominating the news, we have seen readers question “what are we being distracted from?”

We may have our answer.

Experts from across the financial industry have been sounding the alarm since 2008, saying the actions taken then were nothing more than band-aids placed on a gushing wound and when the blood started to flow, the economic crash of 2008 will look like a walk in the park in comparison, and now with the New York Times floating Washington’s trial balloon stating “December is looking likelier for the Fed to raise interest rates,” we see “the party is going to come to an end,” as Peter Schiff will explain at the end of this article in the embedded video.

MarketOracle details how “The Fed is About to Trigger a $9 Trillion Debt Implosion”:
There are over $9 trillion in borrowed US Dollars sloshing around the financial system. And much of it is parked in assets that are denominated in emerging market currencies (the very currencies that have imploded as the US Dollar rallied).
This is the US Dollar carry trade? and it is larger in scope that the economies of Germany and Japan? combined.
In short, when the ECB cut rates to negative, the US Dollar carry trade began to blow up. The situation only worsened when the ECB cut rates even further into negative territory in September 2014 and again last week bringing the rate differential between the US Dollar and Euro to 0.55%.
Now, the Fed is talking of raising interest rates. Even a symbolic rate hike to 0.3% or 0.5% could trigger a complete implosion of the $9 trillion US Dollar carry trade.
If you think this is just fear mongering, you?re mistaken. The Treasury Dept. issued emergency kits to employees a few months ago in anticipation of systemic volatility during the rate hike. Similarly, the Fed boosted the size of its market operations department in Chicago case the NY Fed loses control of the system when rates increase.
In short, we could very well be on the eve of another systemic crisis. The financial elites have been preparing for this for months.

This is what the elites have been preparing for, all those indicators of buying up “remote hideouts, and the “panicked super-rich arranging bolt holes with private airstrips” to escape social unrest that will follow a complete crash.

This is why the Federal eserve starting bulking up their Chicago offices as reported by Reuters back in April 2015, where they stated “The New York branch of the U.S. Federal Reserve, wary that a natural disaster or other eventuality could shut down its market operations as it approaches an interest rate hike, has added staff and bulked up its satellite office in Chicago.”

It also explains why the Treasury Department purchased thousands of survival kits for bank employees, which at the time was called “unprecedented,” because “Contracts for survival kits are usually made for the military, or law enforcement such as the FBI,” the Free Beacon explained in December 2014.

While the elites have been busy preparing for the final blowout, so has the U.S. government, as seen by the the actions they have been taking for years in preparation because they knew the manipulations would come to an end eventually. They have stockpiled food, ammunition, with reports of preparing underground “doomsday” bunkers, to hide out while those left outside fight to survive.

We know all those preparations have been kicked into high gear over the last month as first hand accounts have been documented of strange messages sent to bank employees as they set up an emergency text messaging system which will notify those employees to drop everything and “rush to the branch they work in,” as detailed by Stefan Stanford on November 21, 2015, from alerts sent to Steve Quayle from very concerned readers.

It is more important than ever for people to remember something Zero Hedge reminded readers of in April 2015, where it was reported “In the last 24 months, Canada, Cyprus, New Zealand, the US, the UK, and now Germany have all implemented legislation that would allow them to first FREEZE and then SEIZE bank assets during the next crisis.”

ANP has warned, on multiple occassions that you do not own your bank deposits any more… once you put your money into the banks, it is theirs and you are nothing more than a creditor they owe money to…. on that is last in line for repayment.

Legally, the government can get away with simply declaring a bank holiday, cutting you off from your hard-earned money and when the banks open back up, your money will be gone.

Whether the Fed decides to raise the rates in December or whether they put it off to January or even February, when it happens, the whole thing comes crashing down on our heads. It won’t be slow, it will be overnight or over a weekend and by the time you realize you need to take the majority of your money out of the bank….. you won’t be able to access it.

Cypress was their Beta test….. a quick flashback to reports at the time:

The bailout, which is now set for a vote Tuesday, is just $13 billion, a tiny sum compared to the $150 billion given to Greece. But it’s the first time the eurozone and the IMF have taken a cut of people’s savings ? a one-time levy of 6.75 percent on deposits under 100,000 euros and 9.9 percent on higher amounts ? to finance the plan.

That was small potatoes compared to what it will look like for Americans.

Peter Schiff tells us in the video below “We?re broke. We?re basically living off of debt. We?ve had a huge transformation of the American economy. Look at all the Americans now on food stamps, on disability, on unemployment.

The whole economy has imploded? the bottom hasn?t dropped out yet because we?re able to go deeper into debt. But the collapse is coming.”

Schiff comes to the conclusion that “Now it?s too late to do anything about it.”

The Elites Have Been Preparing For This For Months! \'Now It Is Too Late To Do Anything About It\'
http://endtimeinfo.com/2015/12/the-elites-have-been-preparing-for-this-for-months-now-it-is-too-late-to-do-anything-about-it/
Previous ArticleUS Gives ISIS 45 Minute Warning Before Bombs, ?Runs Out Of Ammo? Against ISIS TargetsNext Article?Mother Earth?: UN Draft Global Warming Treaty Promotes Gaia Worship