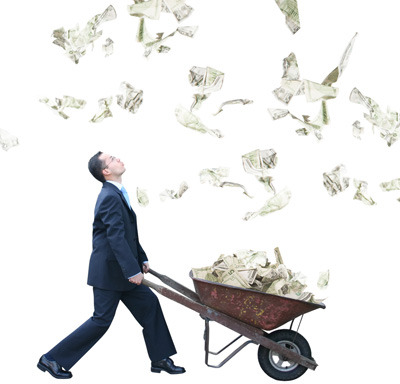 By Liam Halligan,  Via telegraph.co.uk 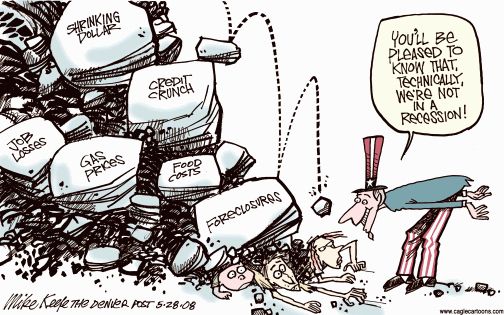 America is now isolated and the rest of the world is furious. The widespread use of capital controls and even a lurch into 1930s-style protectionism are both far more likely than just a few days ago.

The Federal Reserve’s words may have been anodyne. “We will adjust the programme as needed to best foster maximum employment and price stability,” said the US central bank’s Open Market Committee. But by announcing another round of “quantitative easing”, America is rightfully incurring the wrath not only of the emerging giants of the East, but the eurozone too.

The US had hoped China would use the forthcoming G20 summit in Seoul to accept America’s proposal that net exporters should limit their current account surpluses to 4pc of GDP. Any prospect of that is now gone.

In the aftermath of the Fed’s QE2 announcement, rather than agreeing to measures that would ease pressure on the US economy, China gave the States a public tongue-lashing. Measures to cap trade surpluses would “hark back to the days of planned economies”, said Cui Tiankai, one of China’s lead negotiators in Seoul.

“We believe a discussion about a current account target misses the whole point, not least because if you look at the global economy, there are many issues that merit more attention ? such as quantitative easing”. Germany also waded in, using industrial-strength language to describe the Fed’s latest move. “With all due respect, US policy is clueless,” remarked the finance minister, Wolfgang Schäuble.

“It’s not that the Americans haven’t pumped enough liquidity into the market ? for them now to pump even more is not going to solve their problems.”

The Fed’s plan to expand QE by $600bn (?370bn), on top of the $1,700bn already implemented, caused the diplomatic fur to fly ? from Thailand to Australia. An official statement from South Africa, a key member of the G20’s powerful emerging market bloc, said America had “undermined the spirit of multilateral co-operation that G20 leaders have fought so hard to maintain”.

Up until now, the rest of the world has been willing to tolerate unprecedented money-printing by the US ? and the UK for that matter. QE has been used to help various financial institutions avoid facing up to their losses, while covertly recapitalising Western banks that are, to all intents and purposes, insolvent. Money-printing has also pumped up equity prices. After the latest Fed-induced “sugar rush”, the FTSE global all-share index hit a two-year high.

With QE money having been used to purchase Treasury bills and gilts, as well as dodgy mortgage-backed securities, it has also allowed certain governments to keep spending.

Who cares if yields on sovereign IOUs have been artificially depressed (for now) by the weight of freshly-created money. Implementing spending cuts is a far, far harder proposition than announcing yet another “Keynesian” fiscal boost.

So, in other words, QE has benefited some pretty formidable interest groups ? insolvent banks, public sector unions and cowardly politicians. No wonder us long-standing critics of the policy have been dismissed as “inflation nutters” and “cranks”.

But, in recent weeks, something has changed. Big players such as China, Brazil ? and Germany too ? think the US has gone far too far and are now saying so.

Their patience has snapped, given the far-reaching negative impact of QE beyond America’s shores. “While everybody wants the US economy to recover,” said Guido Mantega, Brazil’s highly-respected finance minister, “it does no good at all to just throw dollars from a helicopter.”

In a newspaper article, Xia Bin, a long-standing adviser to China’s Central Bank, last week referred to the unbridled printing of dollars as “the biggest risk” to the global economy. “As long as the world exercises no restraint in issuing dollars then the occurrence of another crisis is inevitable, as some wise Westerners have lamented,” he wrote.

Along with fears that the Fed is blowing yet another asset-price bubble, that will lead to a damaging collapse, America stands accused (rightly) of using QE to artificially depress the dollar, so unfairly boosting US exports at the expense of those from elsewhere, including the eurozone. At the same time, a lower US currency also reduces the real value of the huge debts that America owes the rest of the world ? not least the Chinese.

In the here and now, the big emerging markets are particularly worried that dollar debasement means their own currencies are taking on “safe haven” status, pushing them up even more, so further undermining their exports. Brazil has already imposed capital controls, of course. And in response to QE2, a string of east Asian central banks said that they were preparing measures to defend their economies against large capital inflows.

This is not the way liberal capitalism and free trade is supposed to work. And, while it pains me to say it, the main cause of this new rash of economic dirigisme, and the conflicts, distortions and injustices it will inevitably produce, is America. Rather than facing up to its problems and dealing with them, US policy makers are imposing such problems on the rest of the world.

Now President Obama has taken a mauling in the US mid-terms, he may become even more desperate, meaning QE could extend yet again, beyond this additional $600bn.

Although the negative impact of QE outside the US has so far been felt largely in terms of export competitiveness and currency appreciation, the policy is now beginning to impose far more visible “collateral damage”.

Some of us have been warning for a long time that mass money printing would cause global investors to seek refuge in tangible assets ? not least commodities.

Well such events are now coming to pass.

In New York, oil prices just hit $87/barrel ? a two-year high ? even though the US economy, the world’s biggest crude consumer, remains sluggish.

During the past week, the inevitability of more QE ? and perhaps yet more QE ? has caused the entire oil futures curve to shunt upwards, as investors have bet on more inflation and further falls in the dollar.

The OPEC oil-exporters’ cartel fanned the flames, but this crude price rise has been a long time coming and derives from the Fed’s virtual printing press.

Gold has just broken yet another all-time record ? hitting $1,394 an ounce. Silver rose 6pc last week, and is now at a 30-year high.

Aside from precious metals, the nightmare scenario is that QE causes a surge in the price of commodities and other inputs needed to keep the Western world running ? as investors use such assets as an “anti-debasement hedge”.

There are signs this is starting to happen, beyond the crude markets.

Since August, when the prospect of more Fed QE became real, cotton prices are up 68pc, sugar prices have risen 66pc and rice is up by a third.

That’s why QE will be blamed for so much more than “unfair” currency devaluations and for imposing a “soft default” on America’s creditors.

This crazy money-printing is going to be seen as the primary cause of Western inflation, food riots and a commodity price spike.

This policy, in my view, is nothing less than America’s “economic Suez”.

The World Turns Against US Economic Policy
http://endtimeinfo.com/2010/11/the-world-turns-against-us-economic-policy/
dollarFEDquantitative easing
Previous ArticleG-20 refuses to back US push on China?s currencyNext ArticleHerman van Rompuy: The man who wants to control your finances