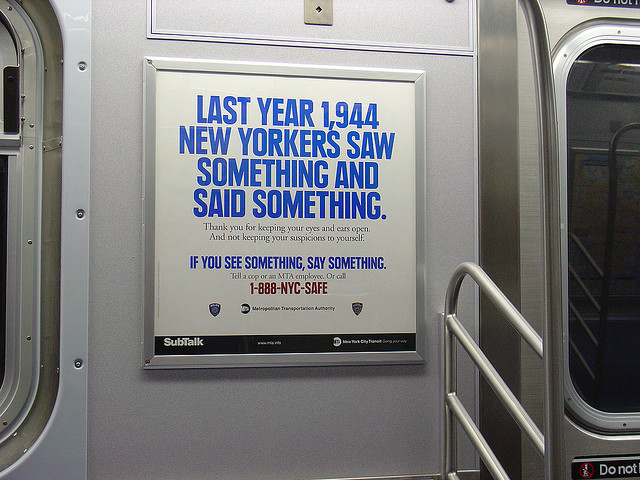 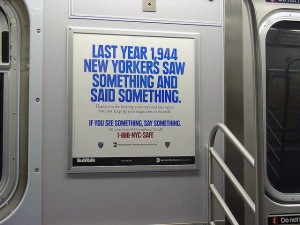 WASHINGTON ? Department of Homeland Security (DHS) Secretary Janet Napolitano today announced the expansion of the Department?s national ?If You See Something, Say Something? campaign to hundreds of Walmart stores across the country?launching a new partnership between DHS and Walmart to help the American public play an active role in ensuring the safety and security of our nation.

The ?If You See Something, Say Something? campaign?originally implemented by New York City?s Metropolitan Transportation Authority and funded, in part, by $13 million from DHS? Transit Security Grant Program?is a simple and effective program to engage the public and key frontline employees to identify and report indicators of terrorism, crime and other threats to the proper transportation and law enforcement authorities.

More than 230 Walmart stores nationwide launched the ?If You See Something, Say Something? campaign today, with a total of 588 Walmart stores in 27 states joining in the coming weeks. A short video message, available here, will play at select checkout locations to remind shoppers to contact local law enforcement to report suspicious activity.

Over the past five months, DHS has worked with its federal, state, local and private sector partners, as well as the Department of Justice, to expand the ?If You See Something, Say Something? campaign and Nationwide SAR Initiative to communities throughout the country?including the recent state-wide expansions of the ?If You See Something, Say Something? campaign across Minnesota and New Jersey. Partners include the Mall of America, the American Hotel & Lodging Association, Amtrak, the Washington Metropolitan Area Transit Authority, sports and general aviation industries, and state and local fusion centers across the country.