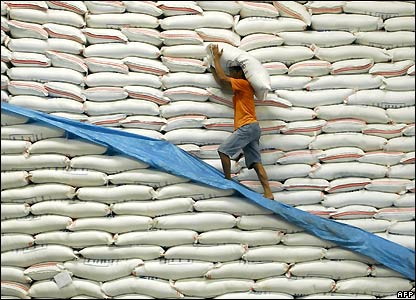 Authoritarian governments across the world are aggressively stockpiling food as a buffer against soaring food costs which they fear may stoke popular discontent. 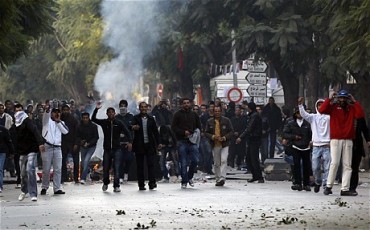 Commodities traders have warned they are seeing the first signs of panic buying from states concerned about the political implications of rising prices for staple crops.

However, the tactic risks simply further pushing up prices, analysts have warned, pushing a spiral of food inflation.

Governments in Asia, the Middle East and North Africa have recently made large food purchases on the open market in the wake of unrest in Tunisia which deposed president Zine al-Abidine Ben Ali.

Resentment at food shortages and high prices, as well as repression and corruption, drove the popular uprising which swept away his government.

Youths reportedly chanted “bring us sugar!” in the demonstrations which toppled his regime.

Nouriel Roubini, the New York University economics professor who predicted the financial crisis, this week told the World Economic Forum in Davos that high prices were “leading to riots, demonstrations and political instability.” “It’s really something that can topple regimes, as we have seen in the Middle East,” he said.

Algeria purchased 800,000 tonnes of milling wheat on Wednesday and Saudi Arabia has said it will purchase enough wheat for a 12 month reserve.

Egypt, which has seen several days of unrest in part provoked by high food prices, is expected to follow.

Bangladesh has tripled its rice import target and Indonesia this week bought 820,000 tonnes of Thai rice.

“This is only the start of the panic buying,” said Ker Chung Yang, commodities analyst at Singapore-based Phillip Futures. “I expect we’ll have more countries coming in and buying grain.”

Prices have not hit the peaks seen in 2008 when inflation caused a food price crisis, but economists have warned they still have the power to topple regimes.

Hamza Alkholi, chairman and chief executive of the Saudi Alkholi Group, a holding company investing in industrials and real estate, said protest would not stop in North Africa. “It will spread in many countries because of high unemployment and increasing food prices,” he warned.