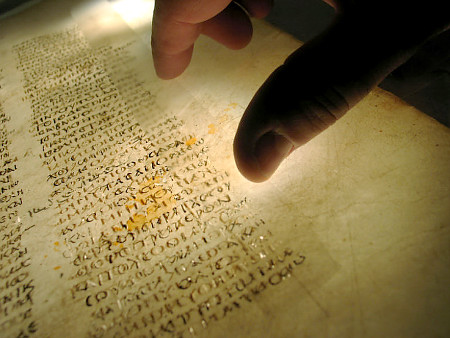 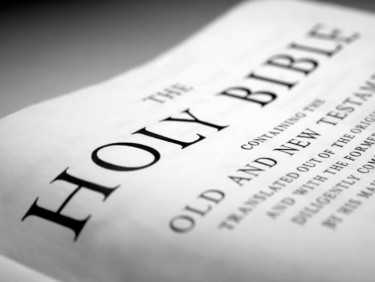 Whether you accept and believe in its teachings or not, it cannot be denied that the Bible is the most remarkable, amazing and absolutely UNIQUE book that has ever been written! Of course, many people today sort of pooh-pooh and dismiss it because they cannot help but associate the Bible with the largely do-nothing Christianity that they have seen, and they figure, ?If THAT?S the kind of religion the Bible teaches, then no thanks!?It?s not for me!?

But if you realise that the religion of LOVE that Jesus TAUGHT, and the religious TRADITIONS that many Christians today PRACTICE have little or nothing to do with each other, then you can approach the Bible with out prejudice. If you have an OPEN mind and are sincerely SEARCHING for the TRUTH, you can sweep away all of man?s false preconceived interpretations and you can delve down to the beautiful FOUNDATION of the Bible and see the true plan and how things are SUPPOSED to be! You will then discover that the Bible is NOT merely some kind of religious rulebook, but that it is the most wonderful, supernatural, miraculous, amazing, marvellous Book in the whole World!?Which has the answers to EVERYTHING!?WHERE we came from, HOW we got here, WHY we?re here, how to SURVIVE and be HAPPY while here, and how to love and have happiness FOREVER!

But before deciding whether or not to accept and believe in this amazing Book, consider the following seven facts that set it aside as a truly UNIQUE Volume:

1) The Bible is unique in its CONTINUITY.?It was written over a 1,500 YEAR time-span by over 40 authors from every walk of life, including kings, peasants, philosophers, fishermen, shepherds, soldiers, poets, statesmen, scholars, etc.! Nevertheless, from beginning to end, its authors spoke on hundreds of controversial subjects with harmony and continuity, outlining one unfolding story: God?s LOVE for man!

2) The Bible has been READ BY MORE PEOPLE than ANY other book! It has out-sold every book that has ever been written and it STILL sells more copies every year than any other book in the World! But of course in the best-sellers lists they don?t dare acknowledge that, that in spite of all man?s writings and foolishness and fiction and ridiculous interpretations of history and reality, the BIBLE still out-sells them all! Another unique and related fact is that the Bible was the FIRST major book ever to be printed, on Gutenberg?s press.

3) The Bible has been TRANSLATED AND PUBLISHED IN MORE LANGUAGES than ANY other book in existence!?As far back as 1966 the WHOLE Bible had appeared in 240 languages and dialects, and one or more of its books appeared in 739 additional ones!

4) The Bible, compared with all other ancient writings, has MORE MANUSCRIPT EVIDENCE than any TEN pieces of classical literature COMBINED! Although originally written on perishable materials, having to be recopied by hand for thousands of years before the invention of the printing press, it?s style, correctness and accuracy has been preserved as no other book in all History! The Jews had special classes of scholars within their culture whose sole duty was to preserve and transmit the books of the Bible with PERFECT accuracy, counting the very consonants, vowels, syllables and words per manuscript as a means of double-checking. Literally THOUSANDS of ancient manuscripts in the original languages have been unearthed which PROVE, beyond a shadow of a doubt, that the Scriptures have come down through the ages to us just as they were originally written!

5) The Bible has WITHSTOOD VICIOUS ATTACKS by its enemies as no other book. Many have tried to burn it, destroy it and outlaw it, from the days of the Roman emperors to some present-day anti-Christ countries. Its very existence today and the fact that its teachings and Truths have been preserved despite the countless campaigns and tirades against it is in itself MIRACULOUS!

6) Discovery after discovery by MODERN ARCHAEOLOGISTS have CONFIRMED AND PROVEN the Bible?s absolute accuracy and have proven it to be a source of HISTORY. Archaeologists following Old Testament references have rediscovered whole nations and resurrected entire peoples that the sceptics and critics once said were non-existent or imaginary. In fact, it can be stated categorically that NOT ONE archaeological discovery has EVER contradicted or cast doubt on a Biblical reference?all have CONFIRMED its accuracy!

7) The Bible is the ONLY volume ever produced which contains a large amount of PROPHECIES accurately predicting the future of individual nations, peoples, cities, and the coming of One Who was to be the Messiah! Although the ancient world had many different devices for determining the future, NOWHERE in all of Greek and Latin literature can there be found ANY real specific prophecy of a great Historic event to come in the distant future. But the BIBLE is FULL of countless, detailed, specific prophecies, all of which have been miraculously FULFILLED and come true?except, of course, the final ENDTIME prophecies which are either to be fulfilled in the near future or are coming to pass right NOW!

4. What an AMAZING AND REMARKABLE Book! Yet so many people today, who consider them selves so smart and so knowledgeable, ignore the Bible completely! Time and time again we talk to people who?ve been through years of college and university and have read hundreds and hundreds of books?huge tomes and volumes of textbooks, religious books, philosophical books and ALL kinds of books?yet have never even cracked open the Bible, the most fascinating Book in the World!?In which you can find almost ANYTHING: Drama, love, hate, peace, war, romance, poetry, prophecy, history, mystery, etc., etc.!

5. Just think about it: Words of wisdom from THOUSANDS of years ago, from the days before Moses! It?s such an IMPORTANT Book and one of the OLDEST Books in the World, yet a lot of ?educated? people don?t even bother to read it! They waste time on all of their complicated and confused theories while neglecting the very Words of Life!

6. If you were going on a long journey and didn?t already know the way, you would bring along a MAP, wouldn?t you??Well, you ARE on a long journey, and the One Who knows the way has instructed some of His men to draw a detailed map so you won?t get lost and so you can make it safely to your final destina tion! To say you don?t have time to read God?s Map, the Bible, is like saying, ?Well, I?m in such a HURRY to get there I don?t have TIME to look at the MAP!??But if you?ll just take the Bible and simply read it, believe it and follow it, you will be on the right road and wind up at the right place!

7. And that is actually the GREATEST proof that the Bible really is the miraculous, supernatural Word of God Himself?it WORKS! So why not TRY it!?It?s the greatest, most enduring, wisest, most truthful Book in the whole World that you can really TRUST! I?m sure that you will find it an absolutely inexhaustible source of wisdom and knowledge, out of which you will constantly find ?treasures new and old?!?Beautiful! (Mt.13:52)

8. Of course the MOST wonderful thing about the Bible is that, through its Words, we can get to know its AUTHOR!?For the Bible is GOD?S GREAT LOVE LETTER to us! Its Life-giving Words make it the GREATEST Book in the World, with the only Author in the World that can guarantee life and love and happiness and Heaven forever through simply reading it and believing in its main Character, the One Who loved us so much that He gave His Own Life to save us?JESUS CHRIST, the Son of God!

9. So take the Bible and sincerely pray, ?OPEN Thou mine eyes, that I may behold WONDEROUS things out of Thy Word!? (Ps.119:18)?But don?t get bogged down in the ?begats? and genealogies of Genesis, nor the Jewish History and ancient past of much of the Old Testament that is over and done with! Read the NEW TESTAMENT and the wonderful Words of JESUS in the GOSPELS?not as fairytales of the PAST, but as GOD?S WORD for YOU TODAY? and see how inspiring, uplifting, feeding and encouraging the Truth of the Word of God can be! In the beautiful GOSPEL OF JOHN particularly, you will find the spiritual depths of the Love of God and His Salvation for you!

10. Have YOU received God?s Love through JESUS? Have YOU tasted the wonderful, soulsatisfying waters of His wonderful Word? If not, receive Jesus into your heart personally by simply ASKING Him to come into your life, to forgive you of all your sins and give you His Love and peace and free gift of eternal life!?Then you can not only READ His Word with understanding, but you?ll have the LOVE and the STRENGTH to OBEY it and to SHARE His Truth and Love with OTHERS who need them too!