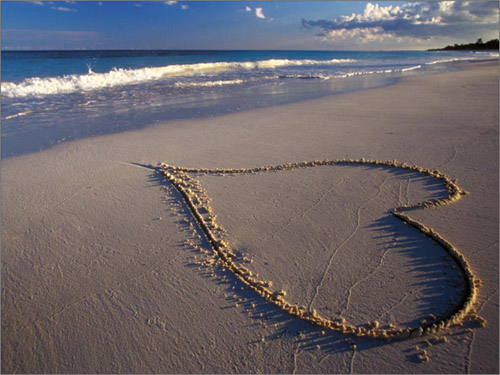 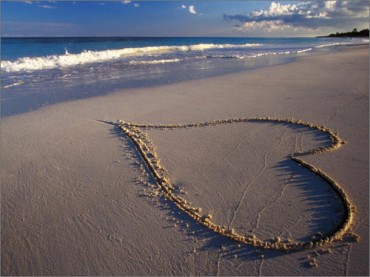 Jesus was no ordinary man, nor was He merely a great teacher, rabbi, guru, or even a prophet. In a way, He was all of these, but much more. For unlike the other great religious teachers who came before or after Him, Jesus not only spoke about love and God, but He was love and He was the Son of God, so He really knew what He was talking about!

The Bible tells us that “God is a Spirit,” and that “God is love.” (See John 4:24; 1 John 4:8.)1 God is the Almighty Spirit of love, the Creator of all things. He is the power of the universe, so great and so mighty that He is far above and beyond our limited human understanding.

God is all-powerful, all-knowing and present everywhere.-And that’s just too big a concept for us to grasp! But He loves us very much, and wanted us to be able to know and love Him. So to show us His love and to help us to understand Him, He sent His own Son, Jesus Christ, to Earth in the form of a man, so that we could see through Jesus what God Himself is like. Jesus brought God down to our level.

Think of it! Two thousand years ago God sent His own Son, the very Lord of Heaven, the Master of the universe, down to Earth to become one of us! He was miraculously conceived in the womb of a humble virgin named Mary, and took on the form of human flesh just like ours. Therefore He was the Son of Man as well as the Son of God.

Doing good to all

Jesus not only adapted Himself to our bodily form, but He also conformed to our human ways of life, customs, language, dress, and living so that He might understand us better and be able to communicate with us on the lowly level of our own human understanding. He became a citizen of this world, a member of humanity, a man of flesh, so that He might reach us with His love, prove to us His compassion and concern, and help us understand His message in simple childlike terms that we could grasp.

He came down and adopted the life of a lowly carpenter. Then, at the age of thirty, He began His ministry as a wandering prophet and religious teacher. He lived like us, worked like us, had to sleep like us, eat like us, and do everything that we have to do. There were times when He was weary, tired, and footsore, when He was hungry and thirsty, sad and discouraged. He became one of us and, as the Bible says, “was in all points tempted as we are, yet without sin” (Hebrews 4:15).

Think of it! Two thousand years ago God sent His own Son, the very Lord of Heaven, the Master of the universe, down to Earth to become one of us!

He never had any religious buildings, denominations or formal congregations. He simply went out and met people on the streets, by the seashore, in the market places-wherever He could reach them-and shared His message of love with all who would listen to it. He befriended even the most despised and rejected members of society: tax collectors, drunks, prostitutes, and sinners.

His religion of love was so simple that He said that you must become as a little child to receive it. (See Matthew 18:3.) He never preached or taught any complicated ceremonies or difficult rules. All He did was preach and show love. (See Matthew 22:36-40.)

He didn’t have to die

But not everyone liked what Jesus said and did. In fact, the Scribes and Pharisees-the rich and powerful religious leaders of His day-became infuriated at Him because His teachings undermined their authority by setting the people free from their traditions and dictatorial control! His self-righteous foes finally forced the authorities to arrest Him on trumped-up charges, condemn, torture and cruelly execute Him by crucifixion.

Jesus didn’t have to die on that cross. He said, “All authority has been given to Me in Heaven and on Earth” (Matthew 28:18). He was the Son of God, and all the powers of the universe were at His disposal, at His command. He told His captors, “You could have no power at all against Me unless it had been given you by My Father,” and “I could lift My little finger and thousands of angels would immediately deliver Me from your hand.” (See John 19:11; Matthew 26:53.) He could have called on all the forces of Heaven to slaughter His enemies, conquer Rome, take over the world, and force all men to fall down and worship Him there and then! But instead He chose to lay down His life for you and me.

So why did He die?

Why would the Lord of the universe, God in the flesh, allow Himself to be captured, falsely accused, tried and condemned, whipped, stripped, and nailed to a cross like a common criminal? The answer is simple: Because He loved you and me!

All of us at times have done wrong and been unloving and unkind to others. The Bible says, “All have sinned and fall short of the glory of God” (Romans 3:23). The worst thing about our sins is that they separate us from God, who is absolutely sinless and perfect. In order to bring us to God, Jesus, the sinless Son of God, took the sins of all mankind upon Himself. He took the punishment for our sins, and suffered the horrible pain of death by crucifixion. He died the death of a sinner, that through His sacrifice, we might find forgiveness and freedom from our sins.

Three days after His lifeless body was buried, something happened that shocked His enemies and proved to all of His followers that He really was the Son of God: He arose from the dead, the victor over death and Hell forever!

After His resurrection, Jesus personally appeared to literally hundreds of His followers, encouraging, strengthening, and comforting them. He told them that He was going to return to be with His heavenly Father, but that He would always be with them in spirit, living in their hearts forever. He also gave His followers a wonderful promise, saying, “One day I will come again.” (See John 14:3.) But when He returns, it will not be as an ordinary man, but as the mighty Ruler and great King that He is. He said, “The Son of Man shall come in the clouds, with power and great majesty.” (See Luke 21:27.)

Would you like to find out and know for sure that this Man of love, Jesus Christ, really is the Son of God, the way to salvation and eternal life? All you have to do is believe that Jesus died for you, and accept Him and His free gift of forgiveness for your sins. Then you will be pardoned, brought into fellowship now with God, our heavenly Father, and when you die, you’ll live with Him forever in Heaven! You can receive Him and His salvation by simply and sincerely praying a prayer like the one which follows:

Dear Jesus, I believe You are the Son of God and that You died for me and arose from the grave. I need Your love to cleanse me from my mistakes and wrongdoing. I need Your light to drive away all darkness. I need Your peace to fill and satisfy my heart. I now open the door of my heart and I ask You, Jesus, to please come into my life and give me Your free gift of eternal life. Thank You for suffering for all of the wrong I have done, and for hearing my prayer and forgiving me. Amen.